Bad Bunny and adidas (XETRA:ADS.DE -0.73%) are back with their latest piece of collaborative footwear: a ZX 8000 “Ice Cream.” Since the reggaetón superstar and the German footwear brand’s adidas Originals label began their collaborative efforts in March with the release of a Forum Low “The First Café,” the products they created have veered decidedly towards the fun-loving side of the spectrum — but none have been quite as wild and whimsical as the “Ice Cream,” Bunny’s first effort on a Three Stripes silhouette besides the Forum.

Punchy pastel shades are the name of the game here, with the shoe using a peachy orange base that’s embellished with pink, two shades of blue, lilac, yellow and a slightly more vivid orange. This sherbert-like assortment of tones isn’t even the most striking piece of the design: that would be the “melted” detailing, which provides a psychedelic effect as it drips down from the mudguard, midfoot overlays and Three Stripe logo, even descending onto the eggshell-colored midsole. Wavy, warped tongues and lace deubres work with black gridded patterns on the heel to complete the look.

Release and pricing information for the Bad Bunny x adidas ZX 8000 have yet to be revealed. However, it’ll likely hit the market later in 2021. 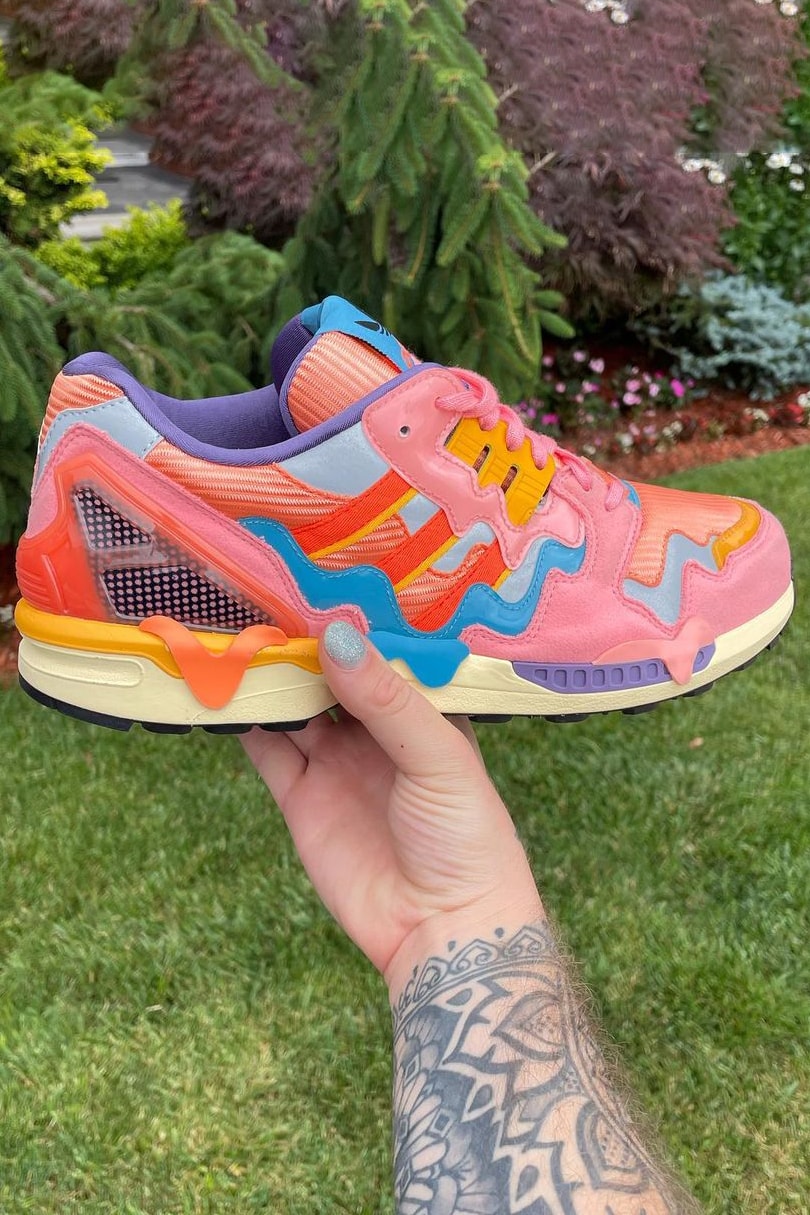 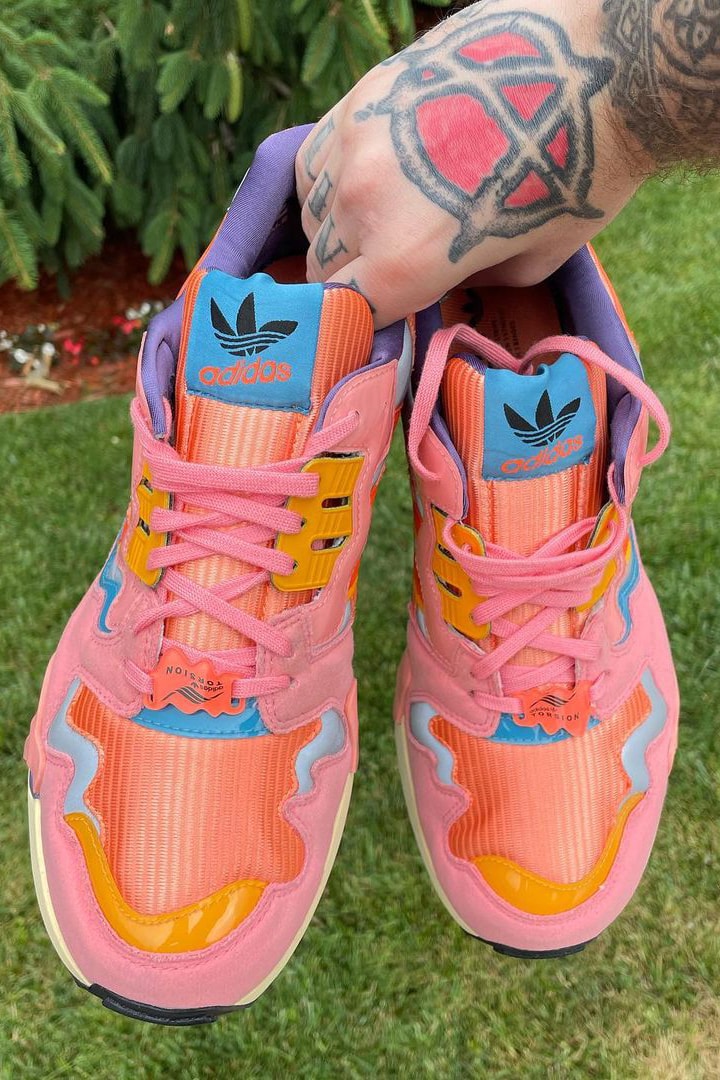 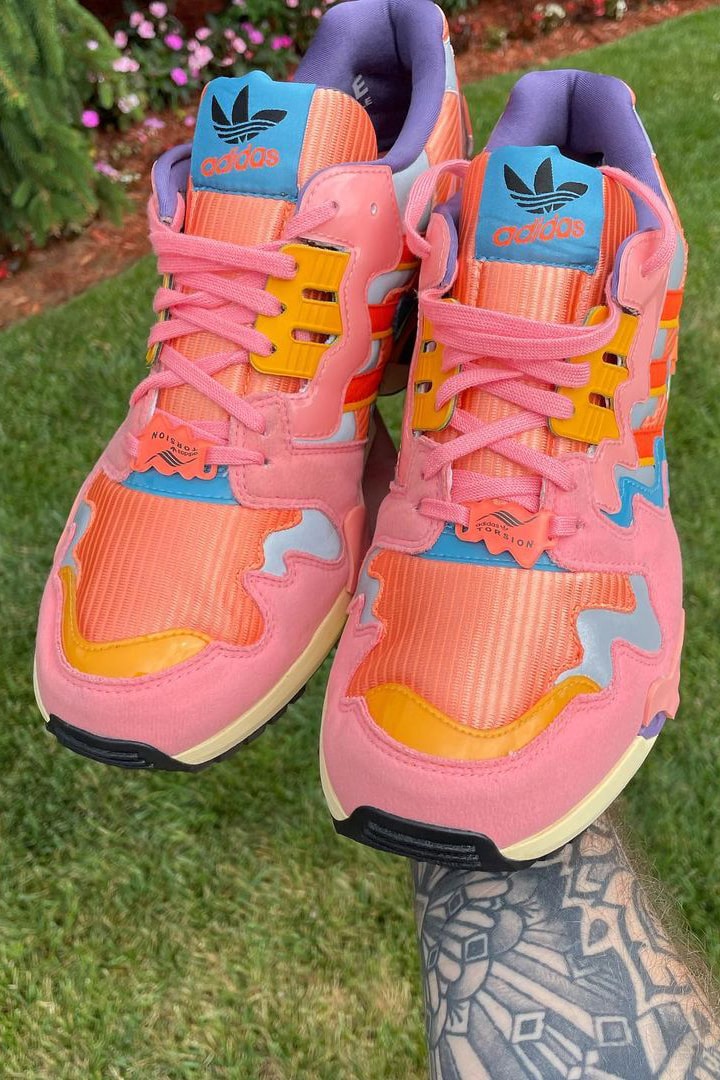 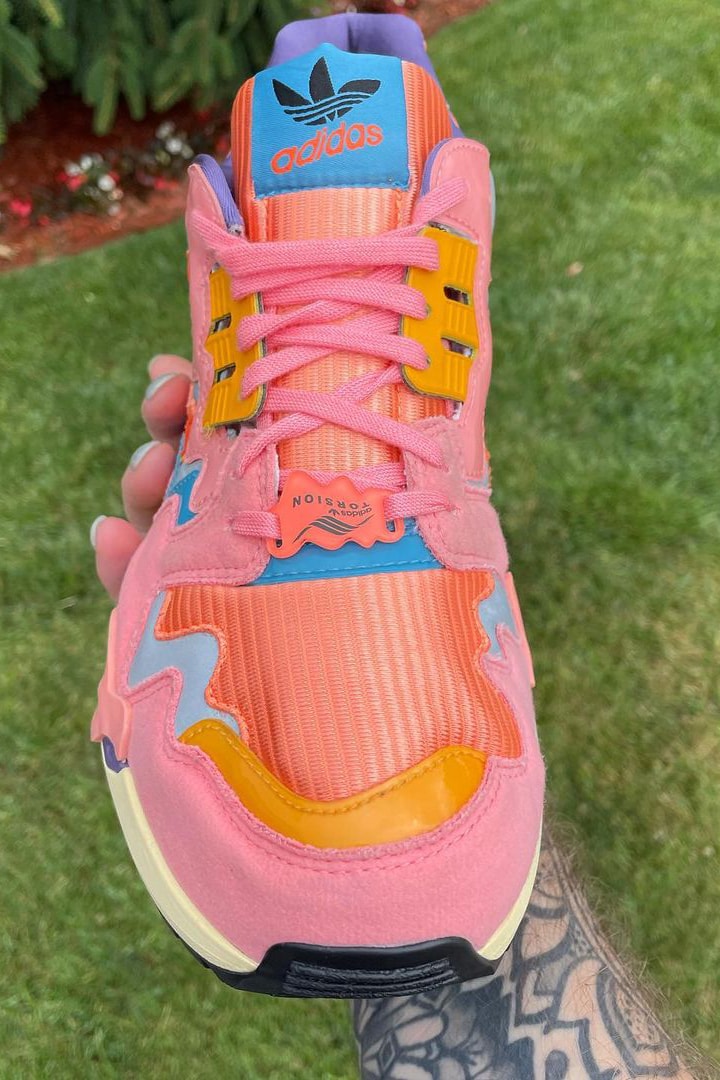