This article was published January 3 and updated on January 19.

Not hard to see why: they combine three cultural titans (Louis Vuitton, Virgil Abloh, Nike) into a plethora of special colorways both brash and quietly luxe.

It's worth considering that the launch was rumored to have been planned for late 2021 to coincide with the aforementioned Louis Vuitton runway show and then postponed out of respect for Abloh's passing.

Nothing concrete there, of course, but details about these sneakers have been scarce since their reveal despite the impossibly high levels of hype.

When asked by Highsnobiety to confirm or deny LV x Nike AF1 release dates in early January 2022, a Louis Vuitton representative explained that the shoes "do not yet have a launch date."

However, in early 2022, a French sneaker reseller intimated that the collaborative kicks pointed to a February release date and flexed several pairs in intimate photos.

Bear in mind that the rumors came from a sneaker resale site that promises "100% brand new and authentic" sneakers from third party sources. Highsnobiety cannot vouch for either its predictions or its services.

Overseen by one Anthony Martin, it doesn't appear to have any particular insider access so it's not immediately clear where it's getting the LV x Nike release information from.

In later communications with Louis Vuitton, Highsnobiety confirmed that the shoes' general release is currently not scheduled for February so it just goes to show that you can only take these rumors with a grain of salt.

Then , on January 19, LV and Sotheby's announced that the collaborative LV x Nike AF1 will first launch through an auction on Sotheby's website held from January 26 to February 8 with bids beginning at $2,000 — expect them to go for much more by auction's end. 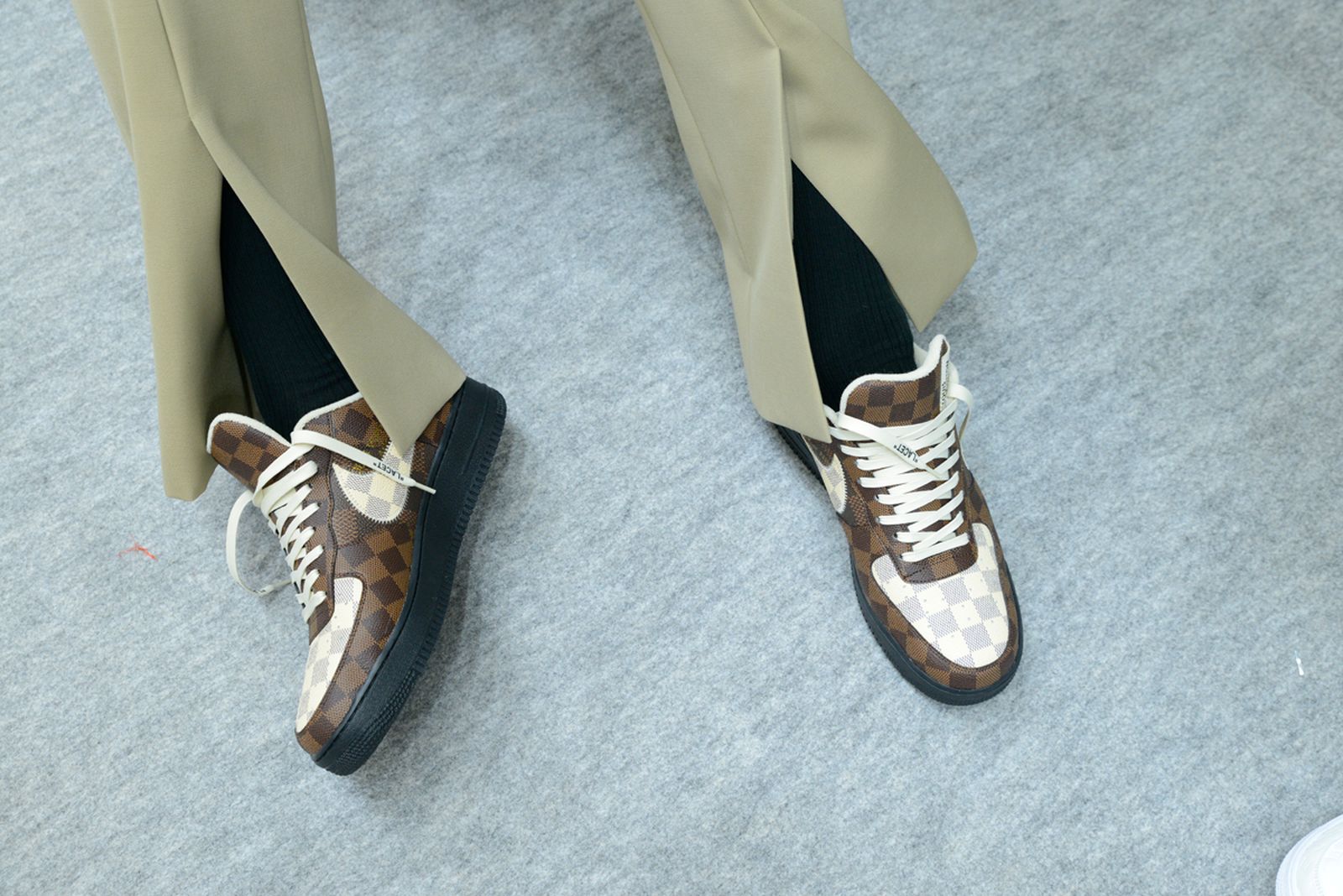 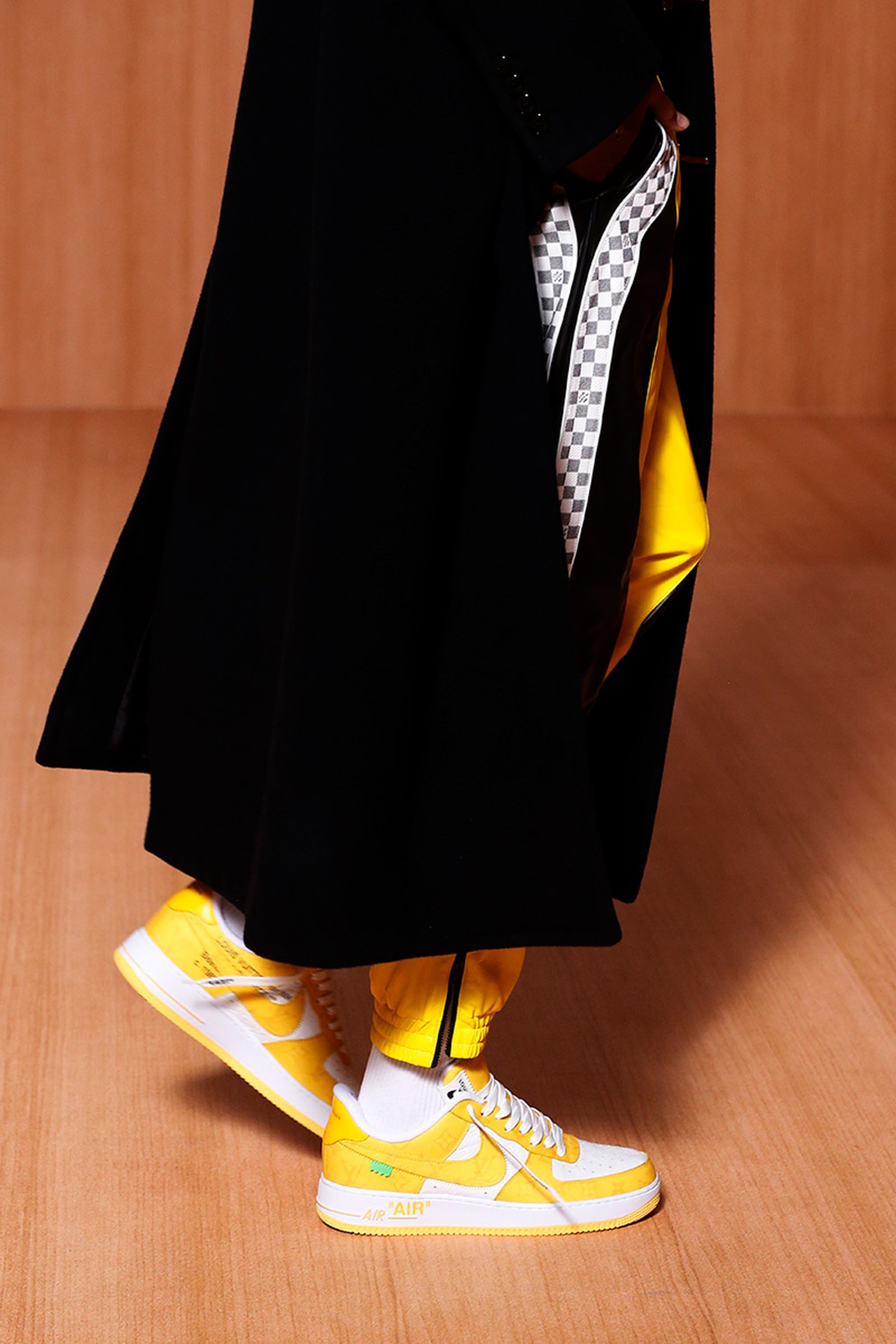 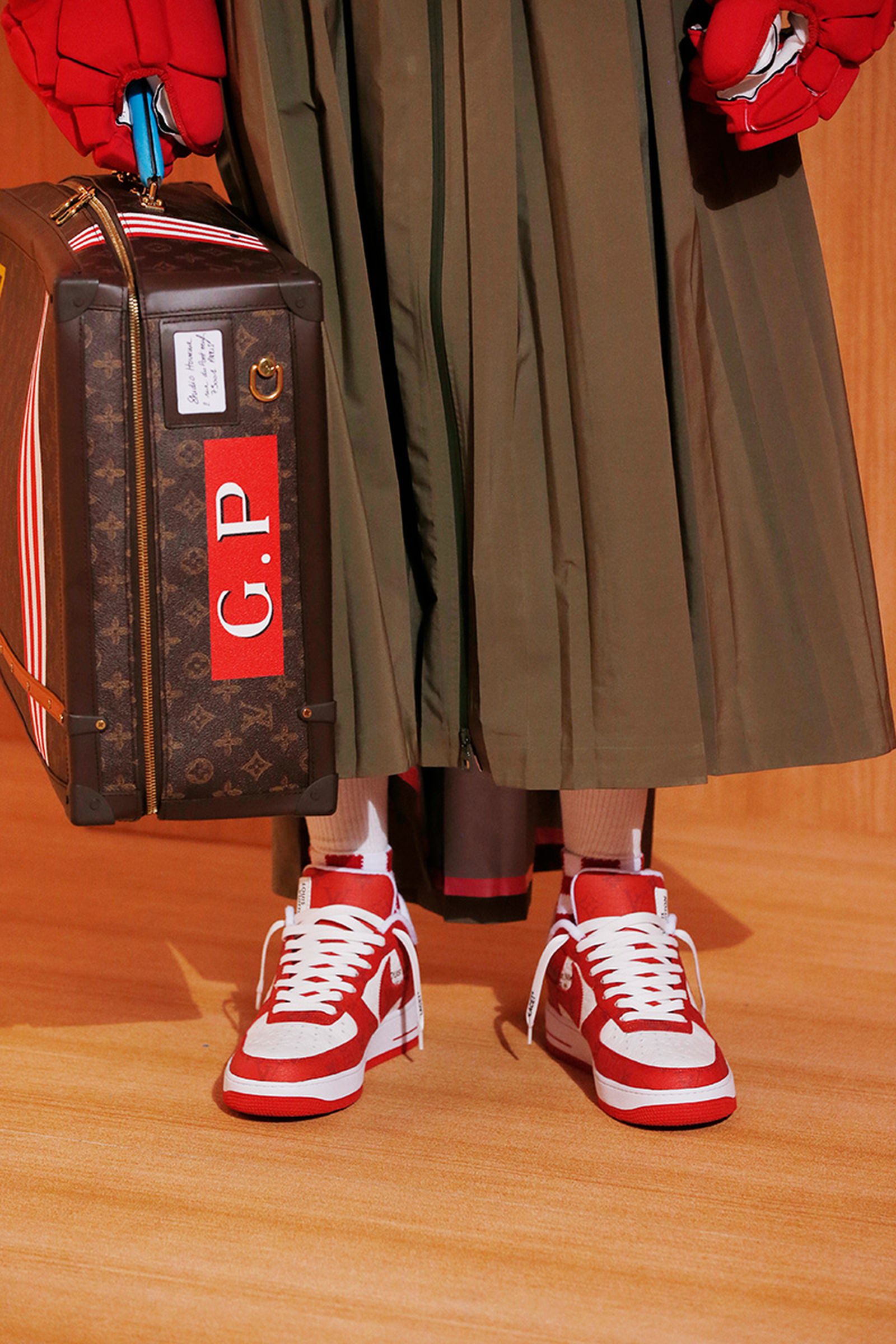 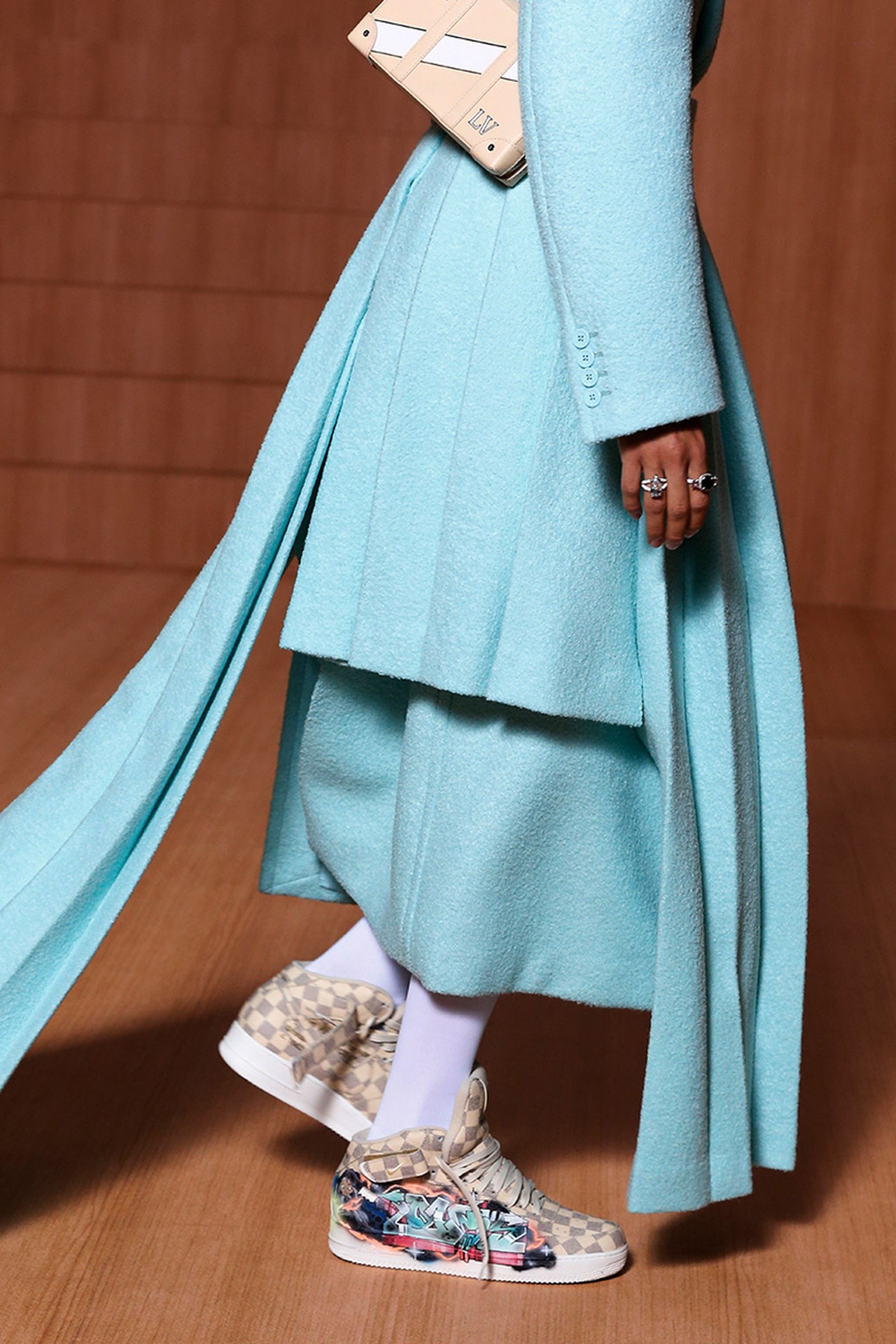 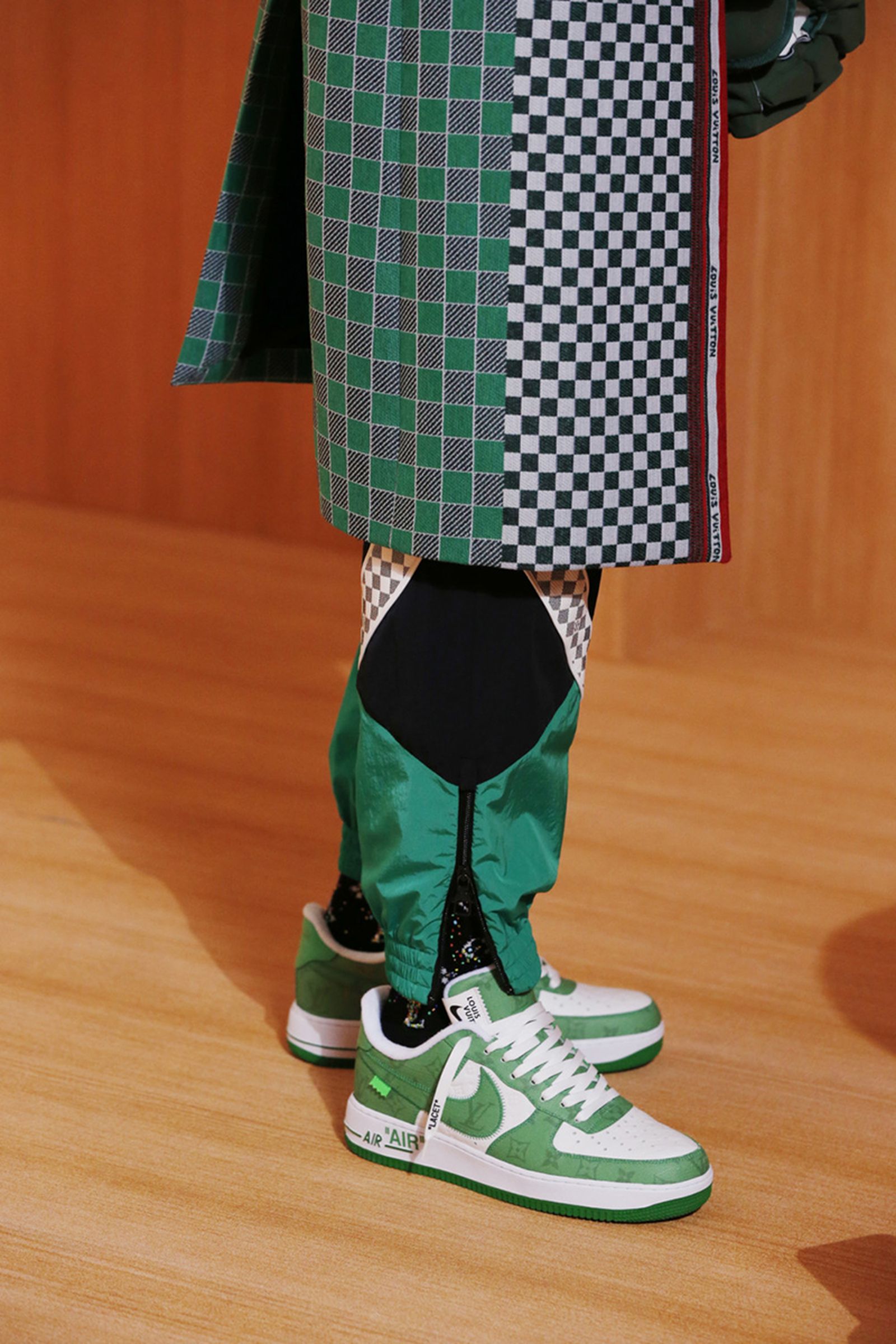 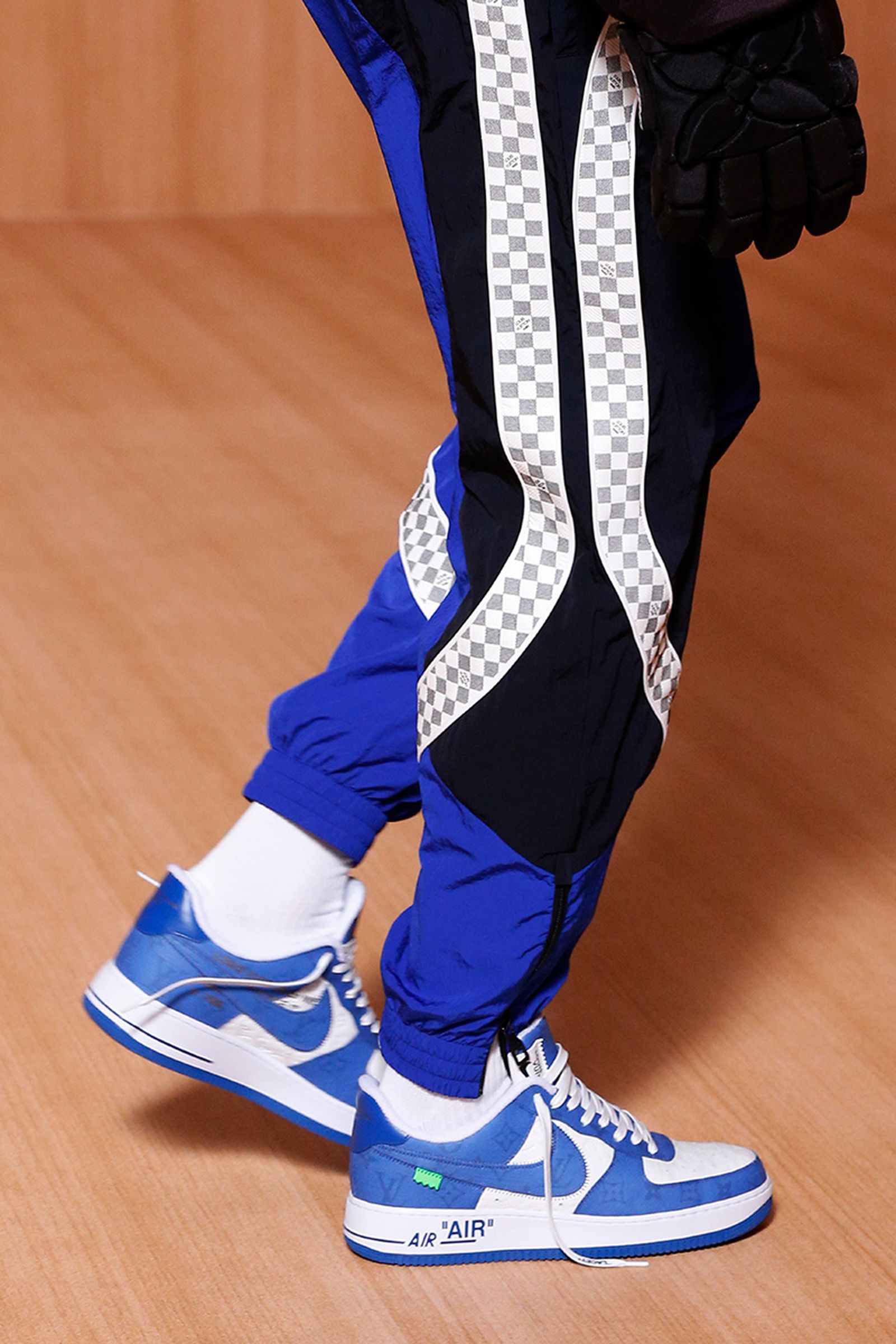 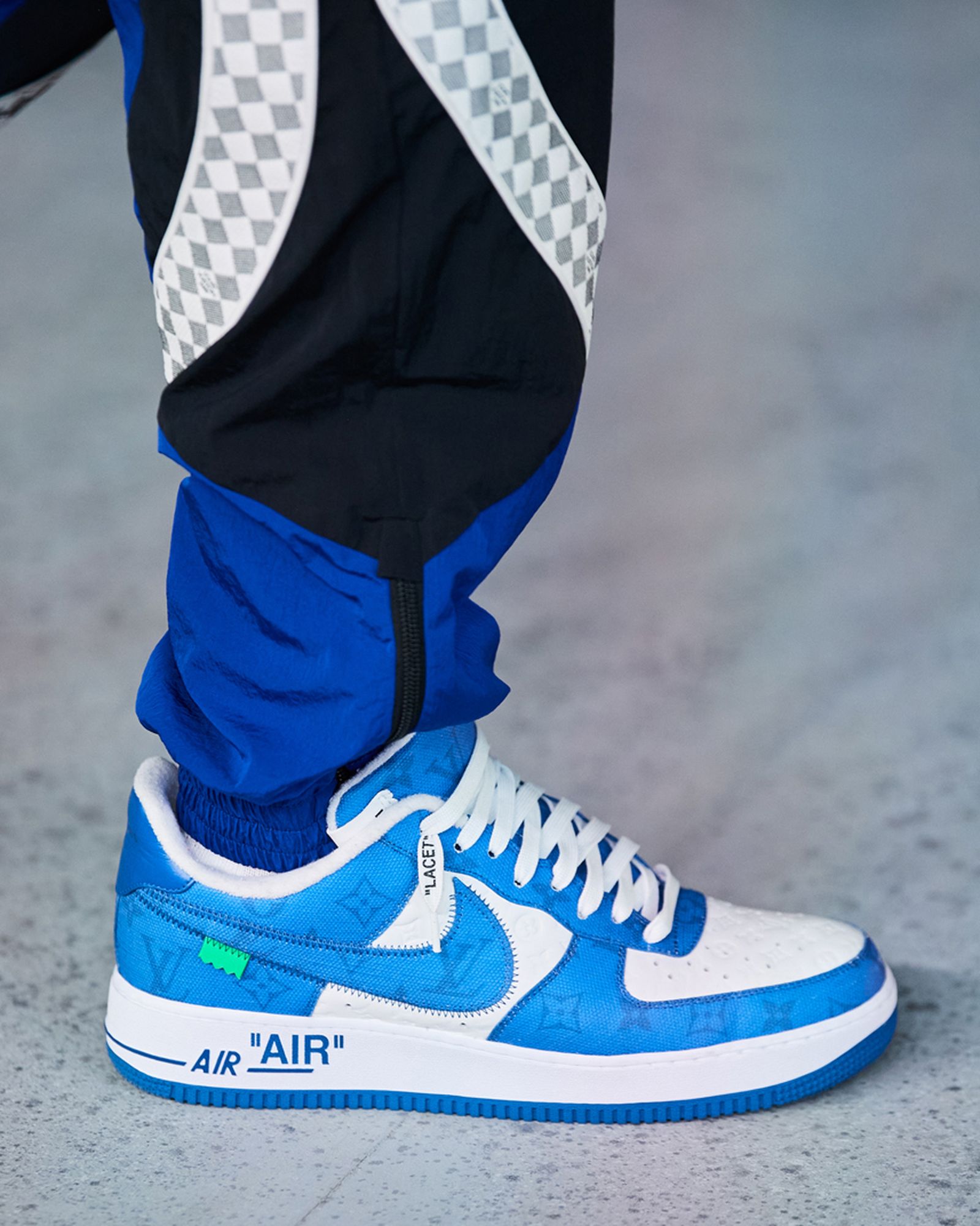 According to LV, 200 pairs of the "precious" calf leather sneakers will be available in a wide variety of colors and sizes as part of the sale, and they'll each come with an exclusive orange leather Louis Vuitton pilot case, embossed with the house's monogram, fitted with a matching tag, and packed with adjustable storage that can fit an AF1 of any size.

Sotheby's will actually exhibit the luxe kicks in its New York outpost from February 8 onwards so potential buyers and admirers can scope them IRL.

The Louis Vuitton x Nike Air Force 1 will eventually see limited commercial launch through LV stores, though not for some time.

1 / 5
Proceeds from the sales will benefit Abloh's Fashion Scholarship Fund for Black students. LV reportedly has several likeminded initiatives to benefit Abloh's charity planned throughout this year and this auction is only the first.
Share
 