Today, Nigo officially took over the reins from Felipe Oliveira Baptista as KENZO's Creative Director with his debut collection titled, "REAL-TO-WEAR." NIGO's Fall/ Winter Women’s and Men’s Show makes him the first Japanese designer to front the house since its founder Kenzo Takada.

Back in 1970 (the year Nigo was born) Takada presented his first fashion show in the Galerie Vivienne on the backdrop of his new shop, Jungle Jap. Five decades later, Nigo makes his own debut for KENZO in the same arcade, "envisioning it as a tunnel toward the future and beyond the borders of fashion."

Rather than developing a collection that is wholly street or luxurious, Nigo has taken a different path, taking the Kenzo story as his point of departure. Speaking to Vogue recently he explained, “Seeing the complete Kenzo archive, especially the early pieces from the ’70s, has kind of changed my perception about the entirety of the brand. Previously my perception of it was based very much in the 1980s designer fashion boom that I experienced when I was young in Japan.”

Combing the KENZO archives, he came across pieces he had never seen before. His approach to the FW22 show showed a heightened study of pieces over looks, with Souvenir bomber jackets inspired by those historically commissioned in kimono fabrics by the American occupying forces in Japan and Nylon aviation jackets lined in shearling which continue the military theme. 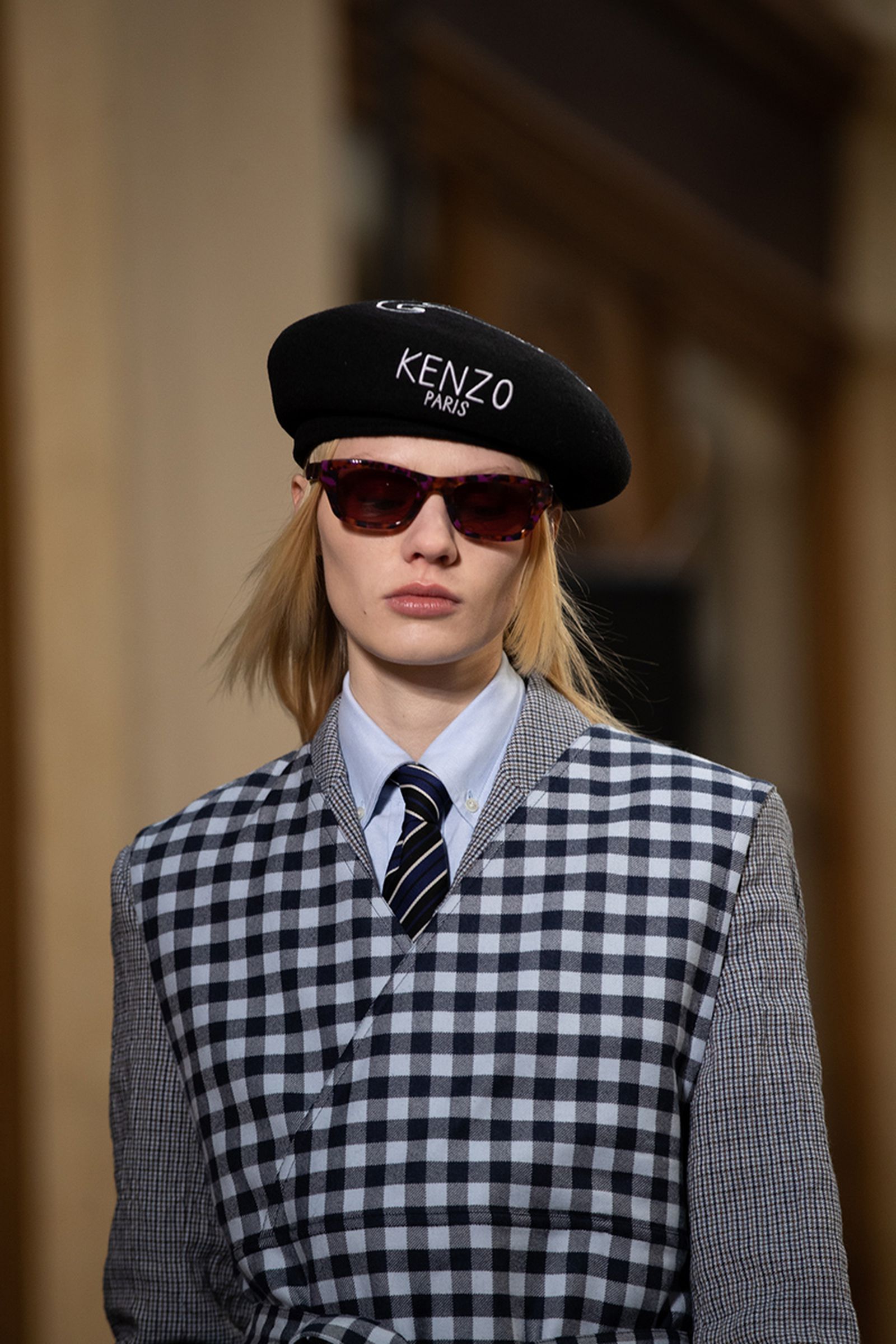 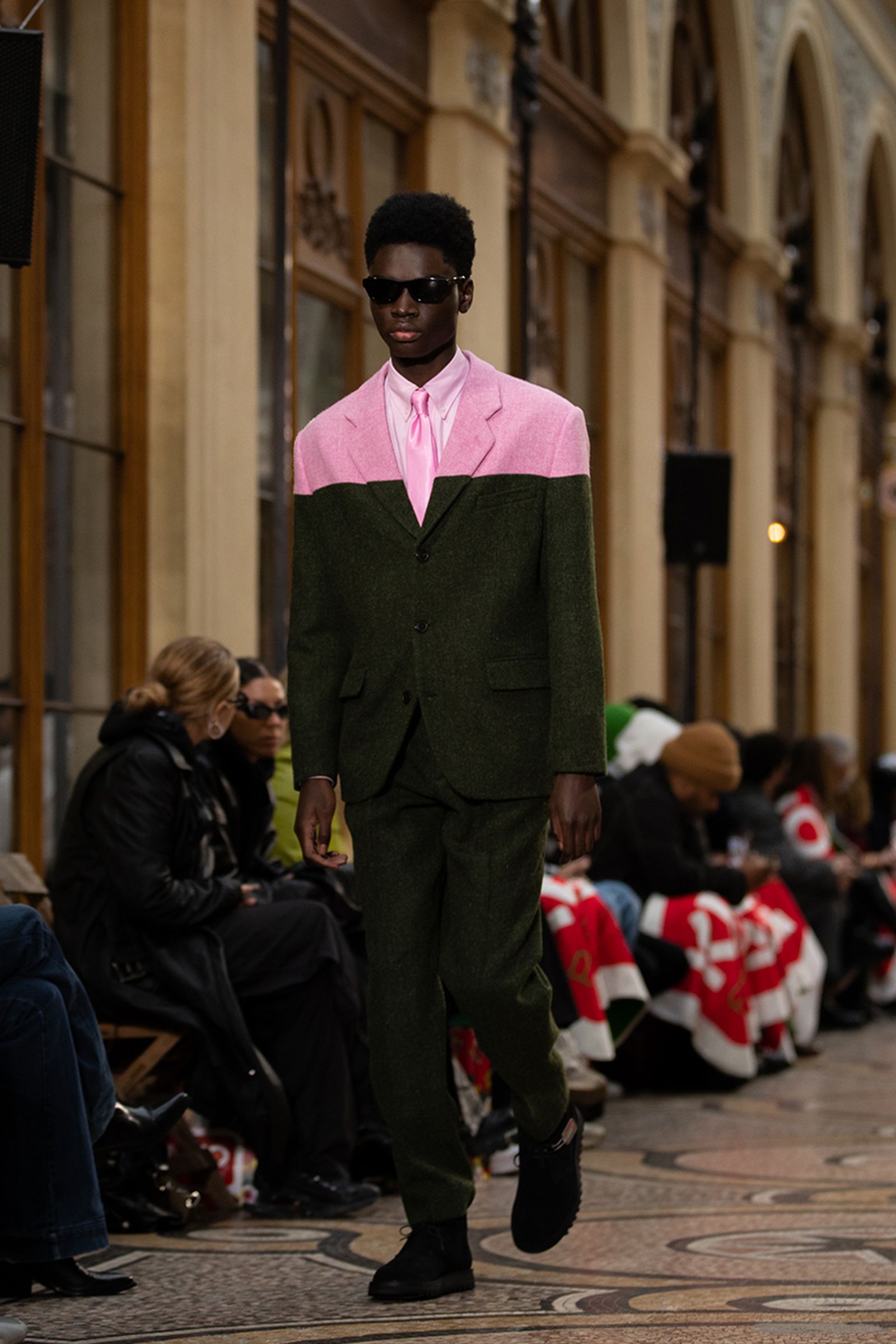 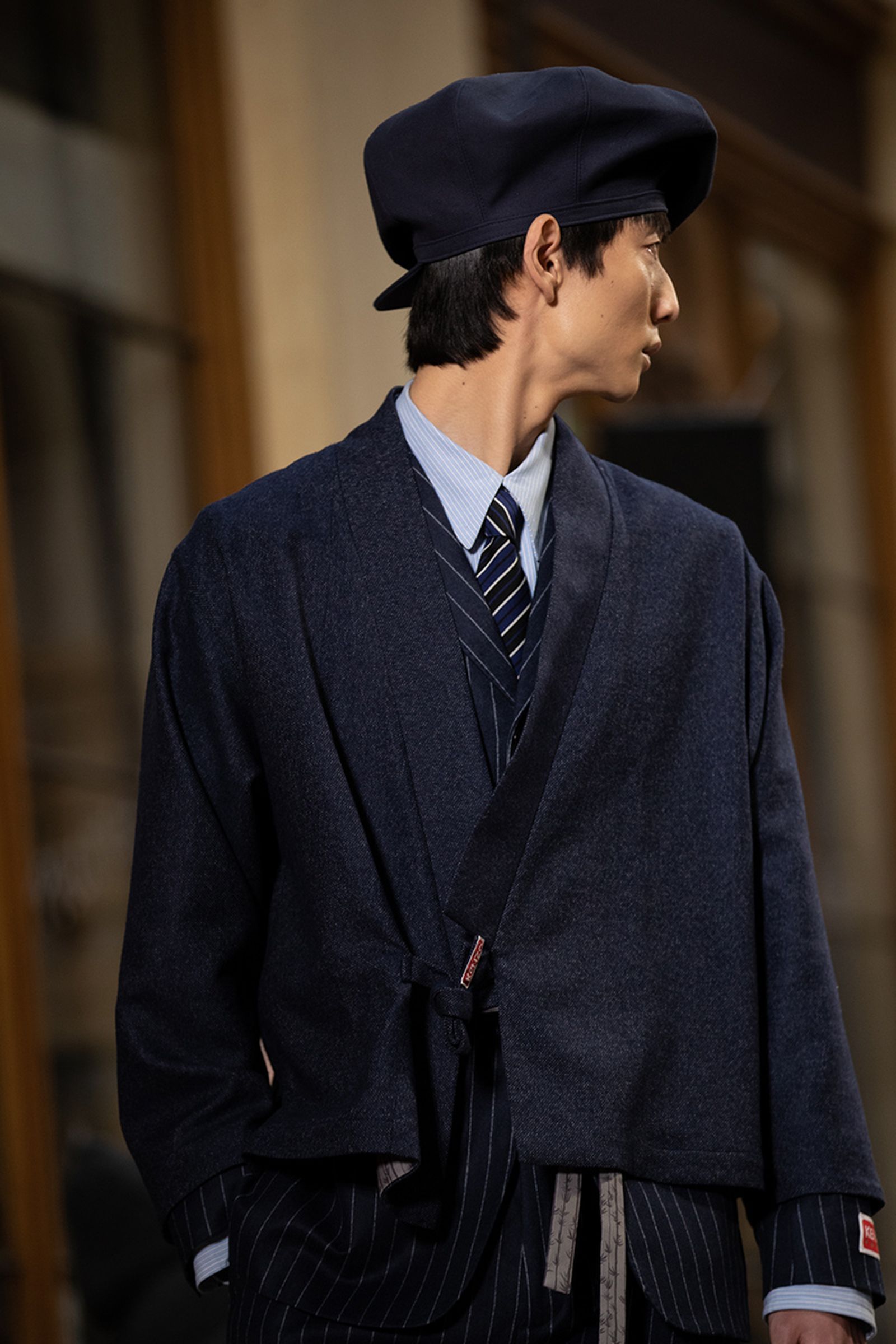 The presentation today saw the BAPE founder define his vision for the luxury fashion house: "a meeting between the Maison’s heritage and his own contemporary codes." Takeda's three-button jacket enters into a dialogue with Nigo’s affinity for the subversive sartorialism of British subcultures. Meanwhile, sturdy coverall jackets and workwear emblazoned with the archival Poppy Print reflect Nigo’s idea of “impractical workwear.”