Dwayne “The Rock” Johnson‘s University of Miami football card continues to climb in price with each auction. Back in February 2021, the same MINT 10 grading cards sold for $45,100 USD . When it first hit the auction block last December 2020, the card only sold for $14K USD. Now, the trading card makes its return to the auction block, selling at Goldin Auctions for an all-time record for any card of The Rock’s for $81,180 USD.

The WWE legend turned Hollywood star’s Bumble Bee Perforated card is one out of 113 copies. However, only 30 examples of the card have been awarded a perfect grading assessment. The same card was recently featured on The Rock himself’s own Instagram page, where he alluded to the surrealness of the value of the card, stating “This humbling irony is not lost on me one bit.” The card was previously purchased at auction by famed producer, Timbaland.

The original set of cards were sponsored by Bumble Bee Seafoods and created in celebration of the University of Miami Hurricanes’ 1994 collegiate team. Other notable players on that team included Ray Lewis and Warren Sapp. 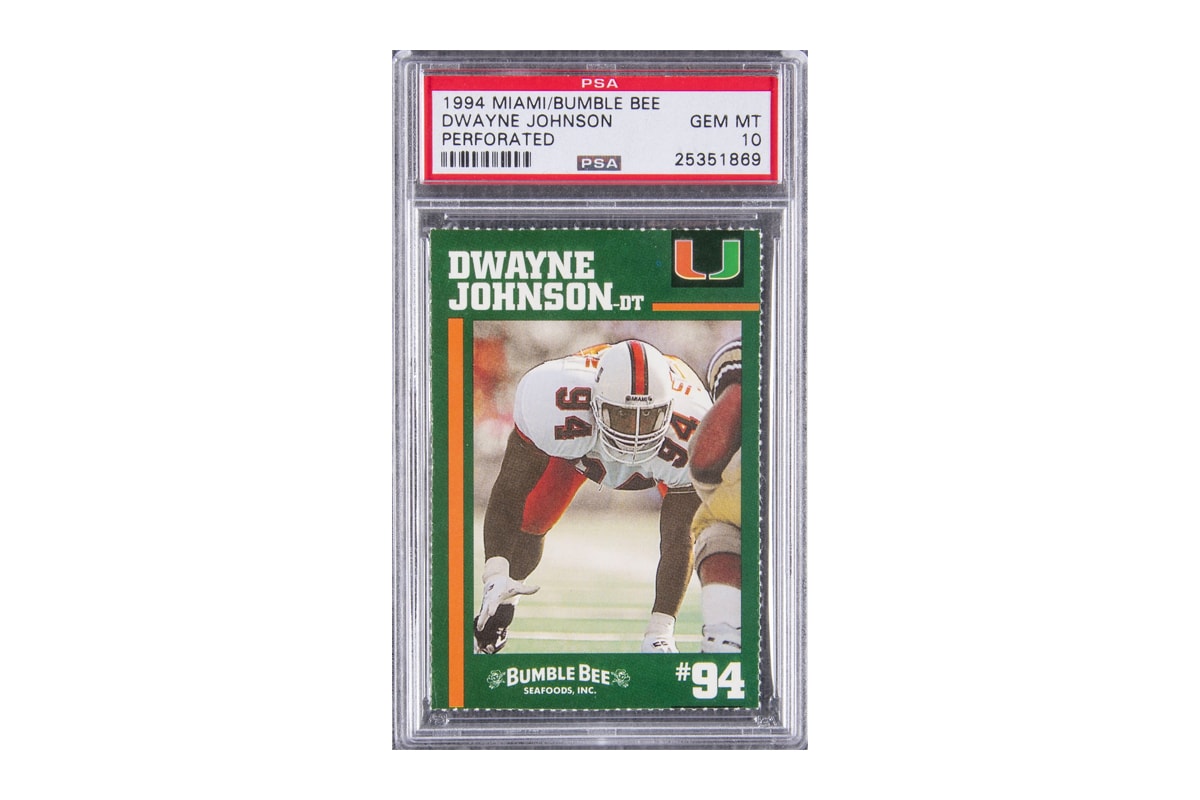