Editor’s Notes: After subtly appearing in its jam-packed Spring/Summer 2022 lookbook alongside bro-style glamping needs, Supreme's Nike Shox sneakers are expected to be next up on the brand's loaded release calendar.

While Supreme didn't tease but a single image during the February campaign, the king of early cops, @clint419, just provided the best look yet at the streetwear giant's Shox Ride 2 sneakers.

We've already been introduced to the black colorway earlier this year, but this is probably your first time meeting the Supreme x Nike Shox Ride 2 in "white" and "neutral olive" (unless you're plugged into pre-releases like @clint419).

On the sneaker's mesh-leather upper, you'll find plenty of Swooshes stamped throughout too (as if we didn't already know this was a Nike collab).

Though Supreme regularly raids Nike's sneaker archives, it's not the only brand sending Shox waves as of late.

Skepta and COMME DES GARÇONS offered their own nostalgic and iced-out takes on the model back in 2019.

Meanwhile, Martine Rose just added some much-needed shock — or Shox, I should say — value to the sneakers, reworking the silhouette with a squared loafer-style toe for when you have a game with the boys and a classy dinner with your girl afterward.

Shox enthusiasts, rise up! It's safe to say the model's comeback is steadily gaining traction. I wouldn't be surprised if the sneakers become a thing again, especially with the hype kings at Supreme involved for the Shox Ride 2. 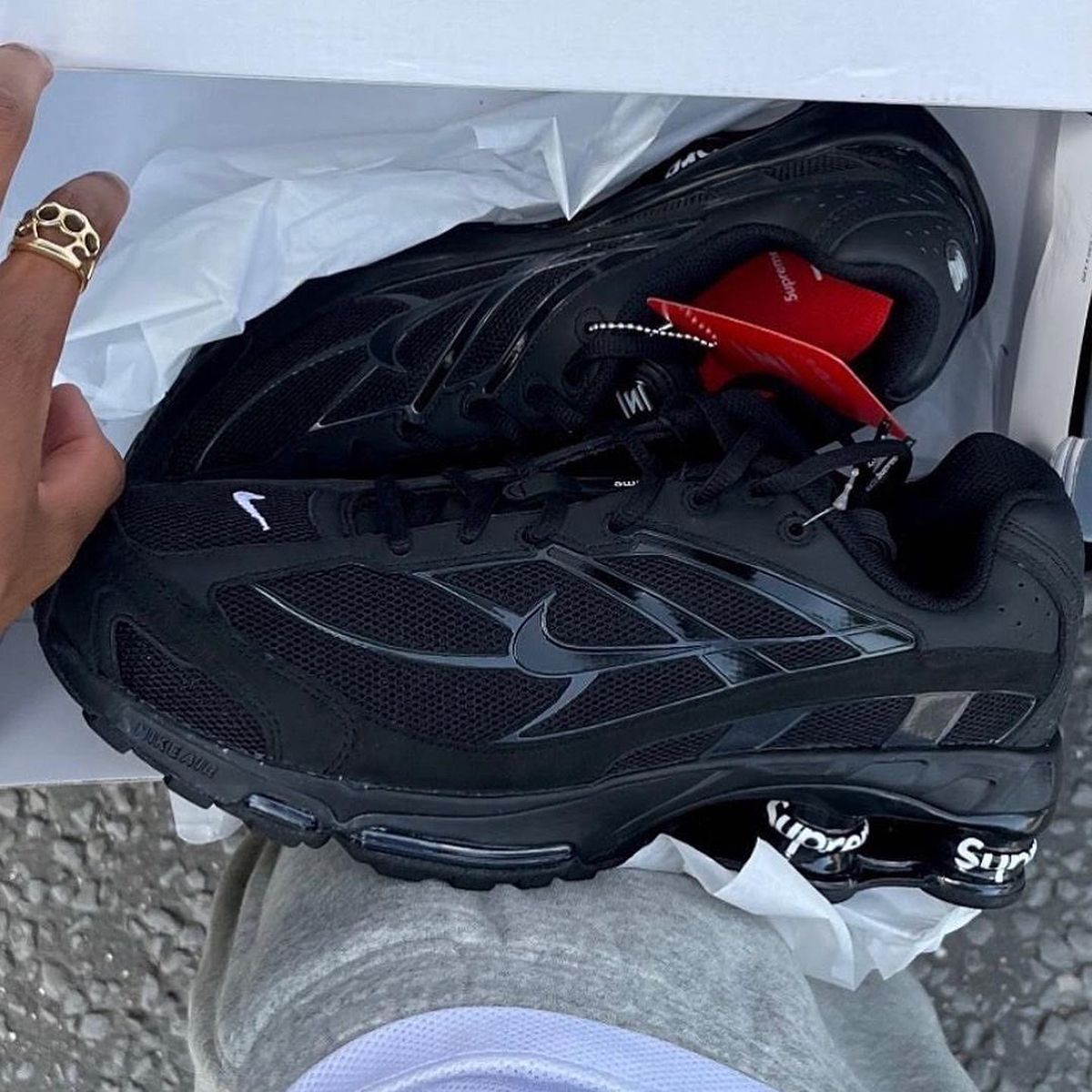 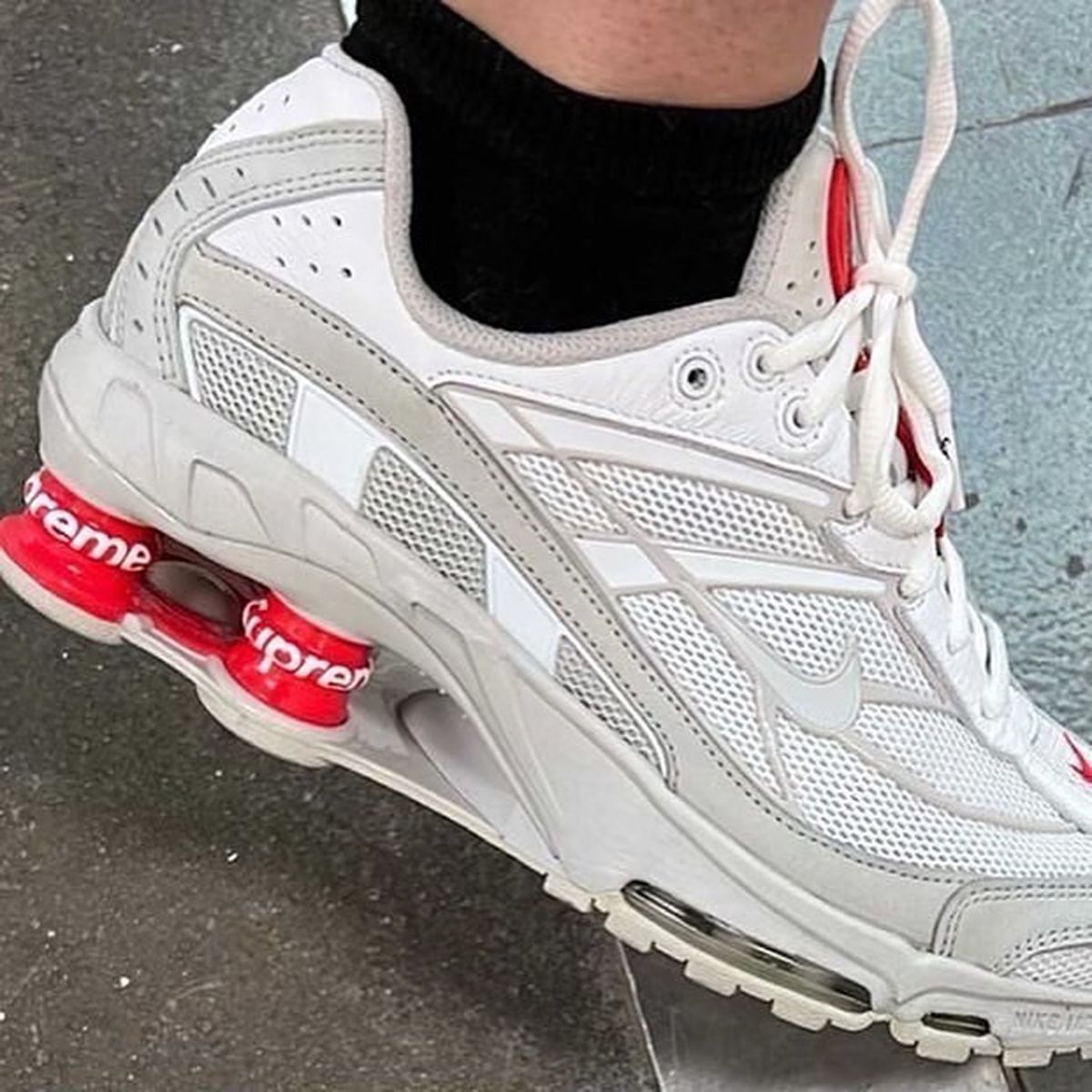 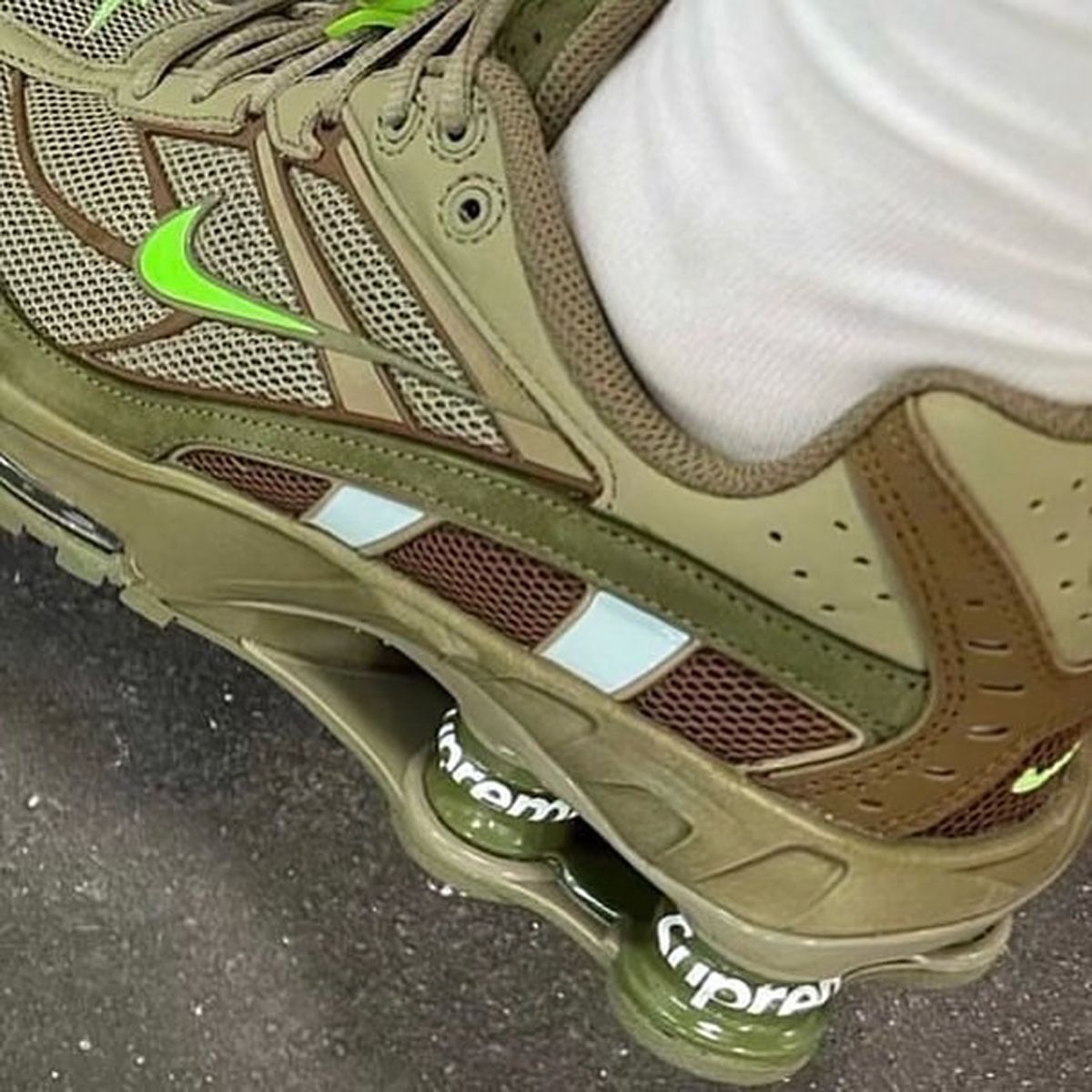