Kehlani Is in a Whole Other Place Now

“I think I’ve reached this point in life where I don't want to play into my own suffering anymore,” says Kehlani. So much of the singer’s music has run parallel to her own personal growth. The definition of wearing your heart on your sleeve, Kehlani’s honest and hypnotic breed of R&B details her share of heartbreak and pursuits of love. It’s all in the music; you can hear her working through situationships, betrayals, and even being the one doing the hurting. So for her new album, she feels the need to give a disclaimer: things are different this time around. “I definitely knew coming into it, people are expecting something toxic, people are expecting something for the breakups, something that says ‘fuck you,’ and all of that. And I just don't have it on this one, sorry. I'm in a great place.”

The 27-year-old has come a long way from when we first met her at 16 – competing on America’s Got Talent as part of a teen pop band called Poplyfe. Her ensuing solo career chronicled her figuring it out in real time. “Man, I'm 10 years in from my first [solo] project and I'm still able to be here,” Kehlani marvels. “And I think it's because I've been honest in every moment, and people connect to that. I'm just doing my best. And even if I’m wrong, I’m learning, I’m human. So I’m not ashamed of any of it.” She tells me that at this point in her journey, she feels the most like herself. The past two years have been revelatory – “a rebirth” – kicked off by motherhood and a personal spiritual journey. Then last year, Kehlani made headlines when she came out as a lesbian during an Instagram Live. “I know who I am. I’m happy now,” she beams.

The music feels just as deliberate. On her sixth album, Blue Water Road, we meet the seasoned songwriter at her truest. She takes us on what she describes as “an emotional journey, a sexual journey, and a spiritual journey.” On “Altar,” the album’s lead single, she ceremoniously honors loved ones who’ve passed on. “Shooter Interlude” is told entirely from the perspective of people in her life impressed by her fame, demanding favors, money, and acknowledgment. And on “Wondering/Wandering,” featuring Ambré and Thundercat, she sings about her disillusionment with her old ways and embracing spiritual growth. “I just want [my fans] to hear my growth, not just as a musician, but as a person. I want them to see that it's possible to grow into the person I am now without losing who I was at all.”

If fans think this is a departure, Kehlani is the first to admit she surprised herself with this project too. When she holed up in the studio on Blue Water Road in Malibu, the initial plan was to record a deluxe version of It Was Good Until It Wasn’t. “I went through this really big spiritual journey, a huge rebirthing process. So I came back to this recording process like, ‘Damn, I don't even recognize the person that was making It Was Good Until It Wasn't. I’m in a whole ‘nother place now.’ And that’s how we started making what ended up becoming this album.”

Blue Water Road captures her state of mind, letting listeners in on the creative process to an almost physical degree. “You know when you go from a city to a vacation home and it feels like you can finally exhale? That was the street that we started the album on for me,” she explains. “We drove from the city every day to this beautiful studio in Malibu. Every single time I walked into the studio, it felt like this little patch of sunshine.”

It Was Good Until It Wasn't was heartbreak music through and through, but Blue Water Road feels like the silver lining. Sonically as well, the project – executive-produced by songwriter Pop Wansel – sounds more expansive now than the lo-fi bedroom R&B of its precursor. Lofty orchestral arrangements accompany Kehlani’s signature silky melodies and vulnerable writing. “It's just one big feeling,” says the singer. “There’s heart in this.” There are grander visuals and live shows this time around too. While her DIY artwork and “quarantine style” videos made the last album so revelatory during lockdown – “I was just YouTube learning, winging it and doing my best,” she laughs – Kehlani was excited to create without compromise on Blue Water Road. Her videos for the singles “Altar” and “Little Story” feel cinematic and celebratory. She admits it’s a 180 from the headline-grabbing provocative, “toxic Kehlani” filming dance routines in her bedroom. “The beautiful thing about Apple Music, Spotify and all those services is you can go listen to toxic Kehlani whenever you want. ‘Cause you’re not getting her on this album.”

She’s grateful for the learning curve of It Was Good Until It Wasn't, it made her a more well-rounded artist. But “it just feels good being on video sets now because I'm directing and I have the crew that I can learn from. I was so excited to have this collaborative effort again.” And she admits the process of creating organically and honestly is the only thing she’s concerned about right now. “Virality and numbers don't enter into my musical process ever,” she states. “The only thing that's real is the feeling that people get when they hear your music and tell you, ‘Damn. This did something for me.’ That's all I do it for.” Indeed, Kehlani’s career has always remained true to that rule: authenticity beats playing the numbers game.

“I’m here to create something that leaves an imprint on people, and be able to sustain my cute little life so I can keep doing what I love,” Kehlani continues, “Man, success for me is health and wellness and a really joyous family, feeding all my passions, really understanding myself, and having healthy relationships across the board in all areas of my life and love. And currently I’m successful.” Motherhood has definitely played a big part in streamlining her vision. During our Zoom call, her two-year-old daughter Adeya is never far, and Kehlani apologetically interrupts our interview to attend to the toddler. “Motherhood affects every single area of my life. I don't think there's anything that I could do on this earth without considering my daughter.”

Kehlani is more at peace with herself than ever these days, but always a “work in progress,” Blue Water Road is just a stop on her journey. Wherever it takes her next, she’ll have gotten there on her own terms. 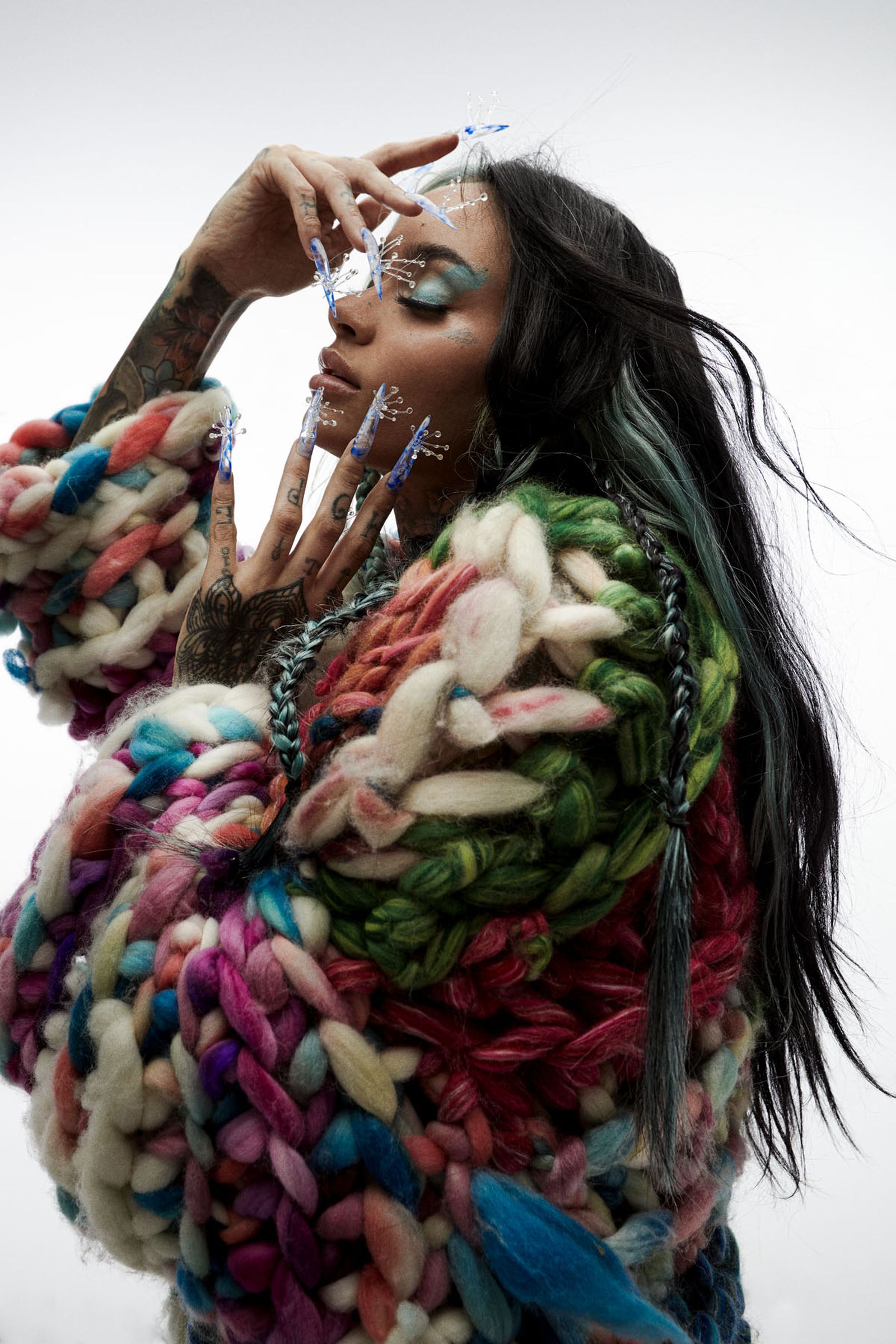 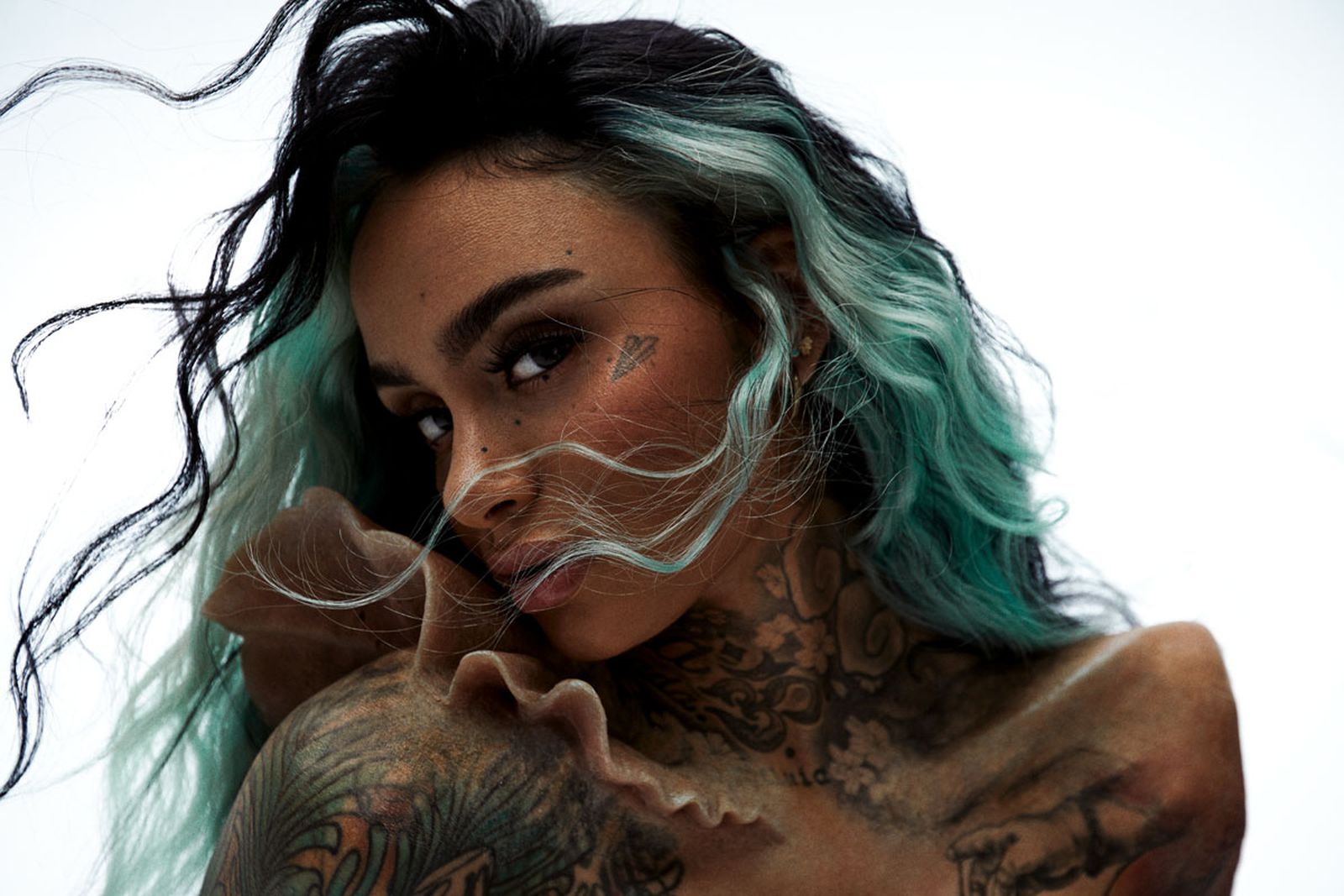 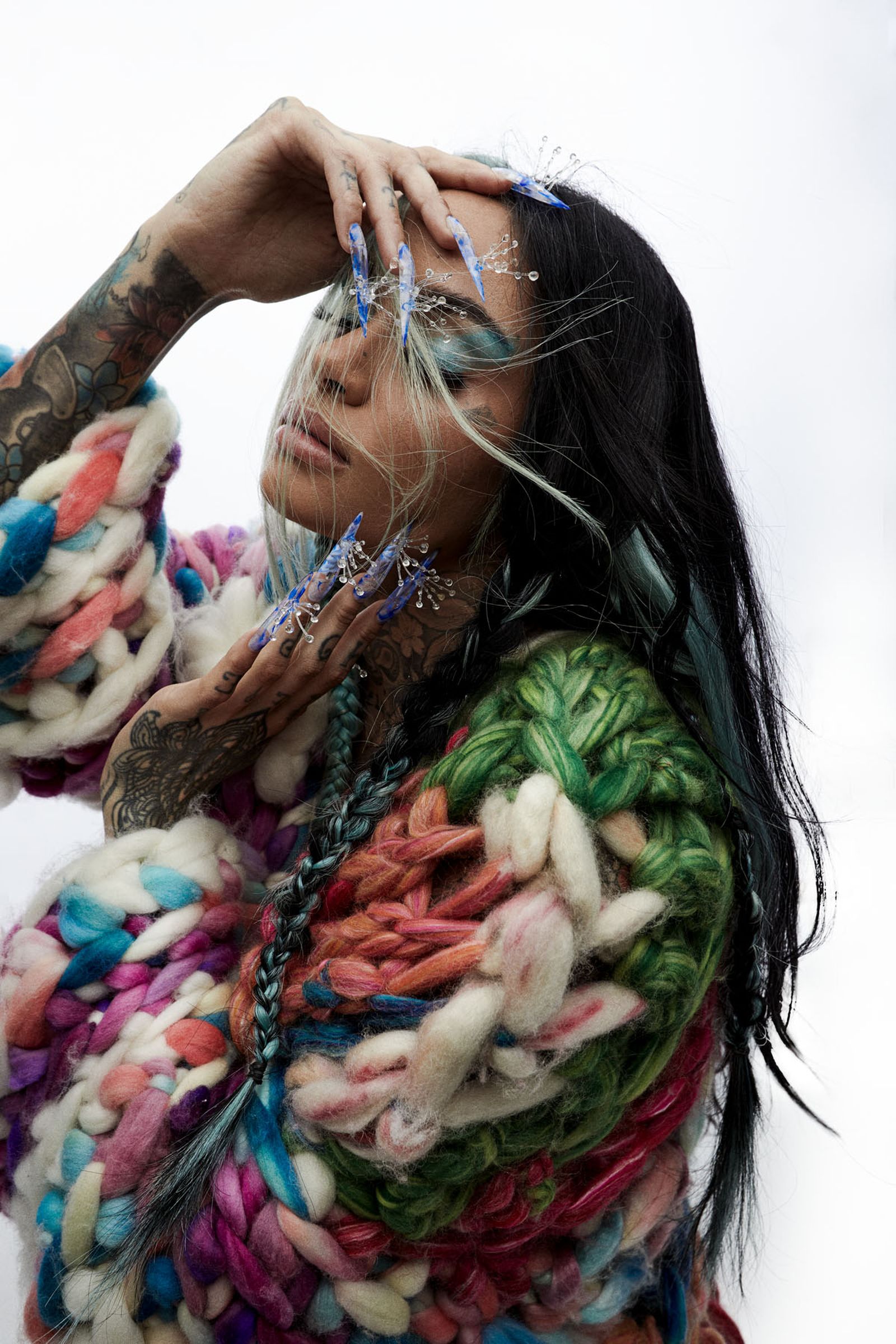