RHUDE x The Webster Capsule Taps Into the Miami Spirit

Formula 1 is gearing up for its latest circuit, Miami Grand Prix, and in anticipation, luxury retailer The Webster teamed up with streetwear brand RHUDE on an 11-piece capsule. The exclusive Always First capsule captures Miami’s racing legacy through pop-inspired accents, punchy colorways and tropical motifs emblematic of the city and spirit of South Florida.

Drawing inspiration from Tamiya motor car toys and the vibrant hues of South Beach, Rhugi Villaseñor, Founder and Creative Director of RHUDE, indulges in nostalgic world-building to bring the magic of Formula 1 to a younger generation.

The collection includes jackets, T-shirts, hoodies, swim trunks and hats and uses graphic check motifs and beachside imagery to conjure the momentum of racing into the Miami skyline. Highlighted in the collection is the “Grand Prix” varsity jacket colorblocked in cobalt blue and off-white, constructed with a rib-knit striped baseball collar, welt pockets at the waist, press-stud fastenings down the front panel and ribbed cuffs and hem. The front and back panels showcase graphic embroidery and oversize RHUDE lettering.

Various prints inspired by Tamiya toys bring nostalgic merriment to the capsule through pop accents and bright colorways. The highlighter yellow “Rhude Racing Hat” has elements of camp but pairs stylishly with the white-and-blue check theme deployed throughout the capsule.

The Webster’s flagship store, which opened its doors in 2009, is among one of the many Art Deco buildings towering over South Beach. In collaborating with RHUDE, The Webster celebrates its roots in the city and gestures to its expansion of storefronts, each reflective of the environments they inhabit. The Miami Grand Prix marks a special moment for the city and welcomes a new era of Formula 1 enthusiasts to partake in its legacy.

The RHUDE x The Webster Always First capsule launch coincides with the first Miami Grand Prix and drops May 3. The capsule is exclusively available on The Webster website and in-stores at The Webster locations. 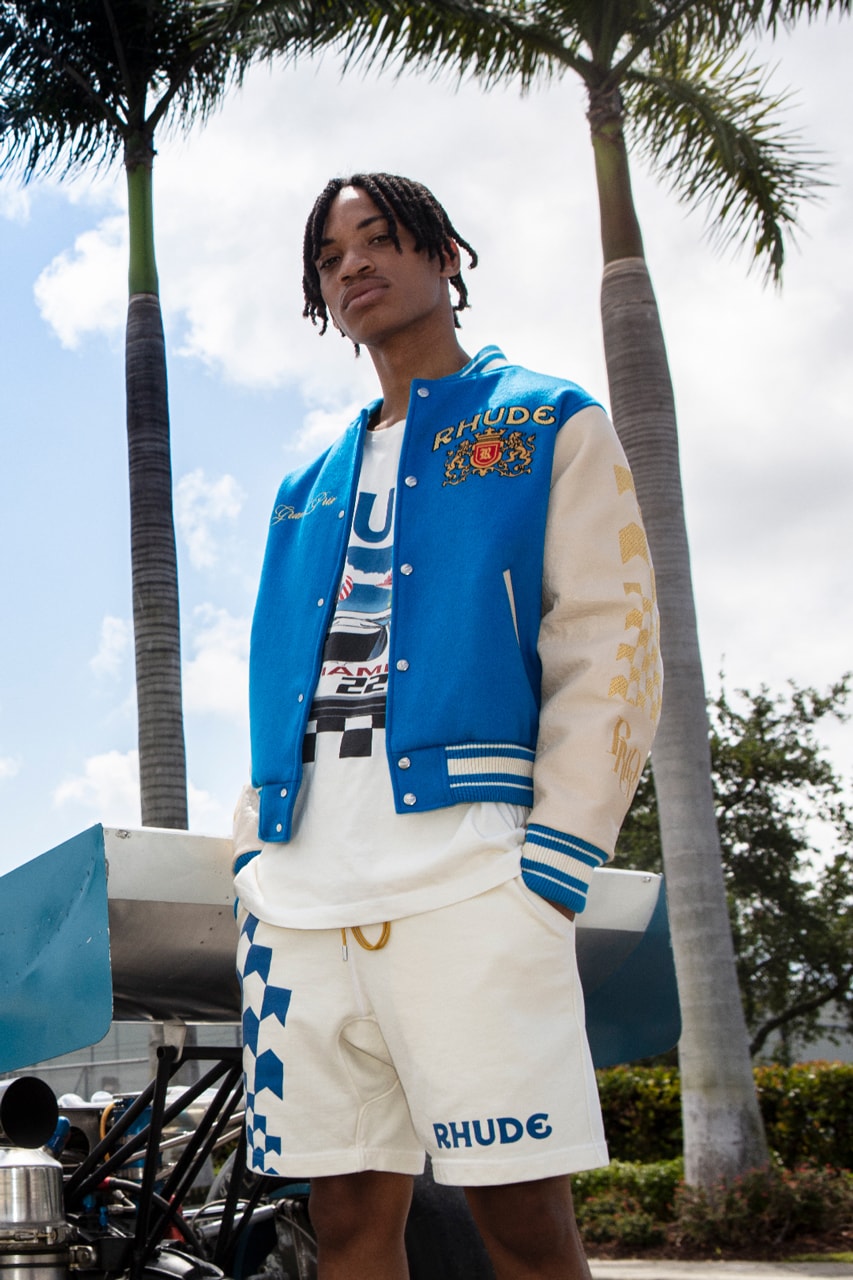 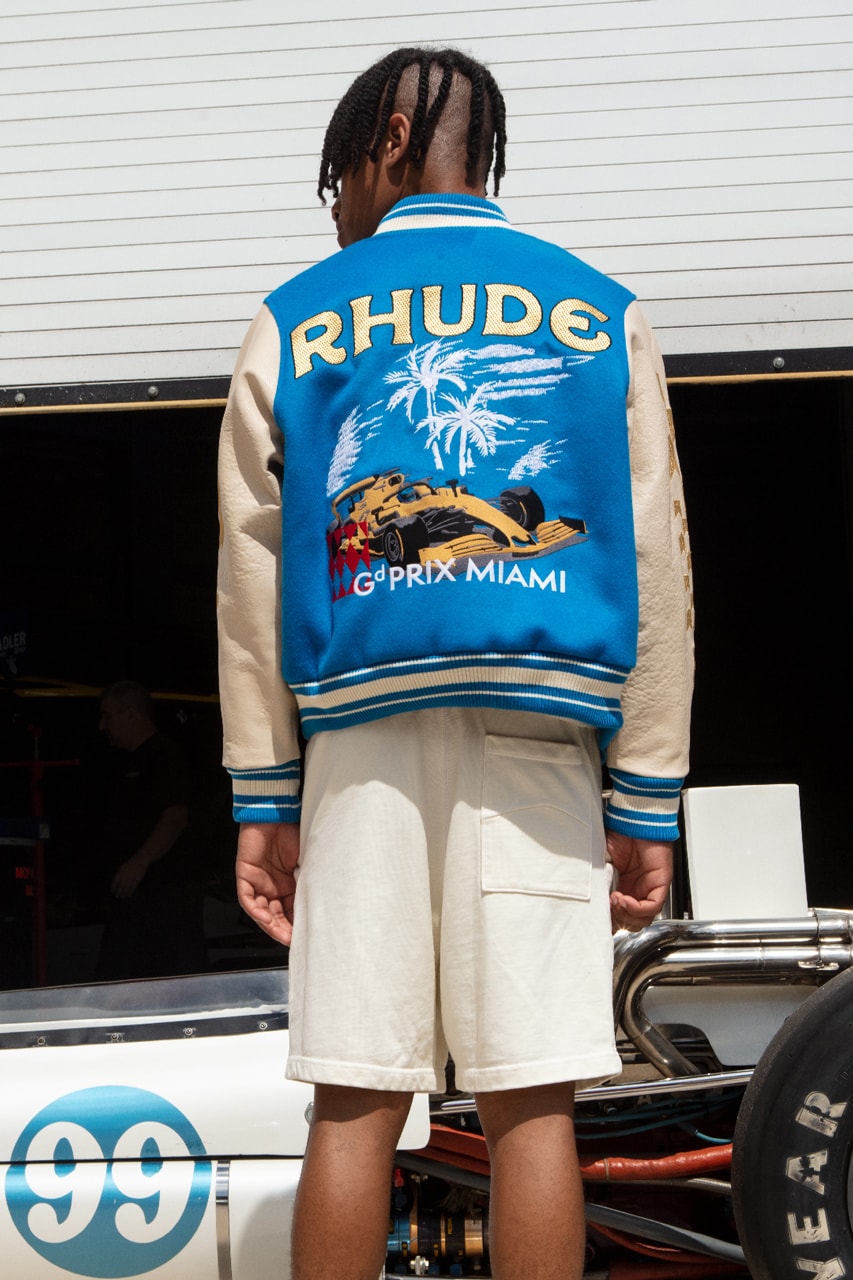 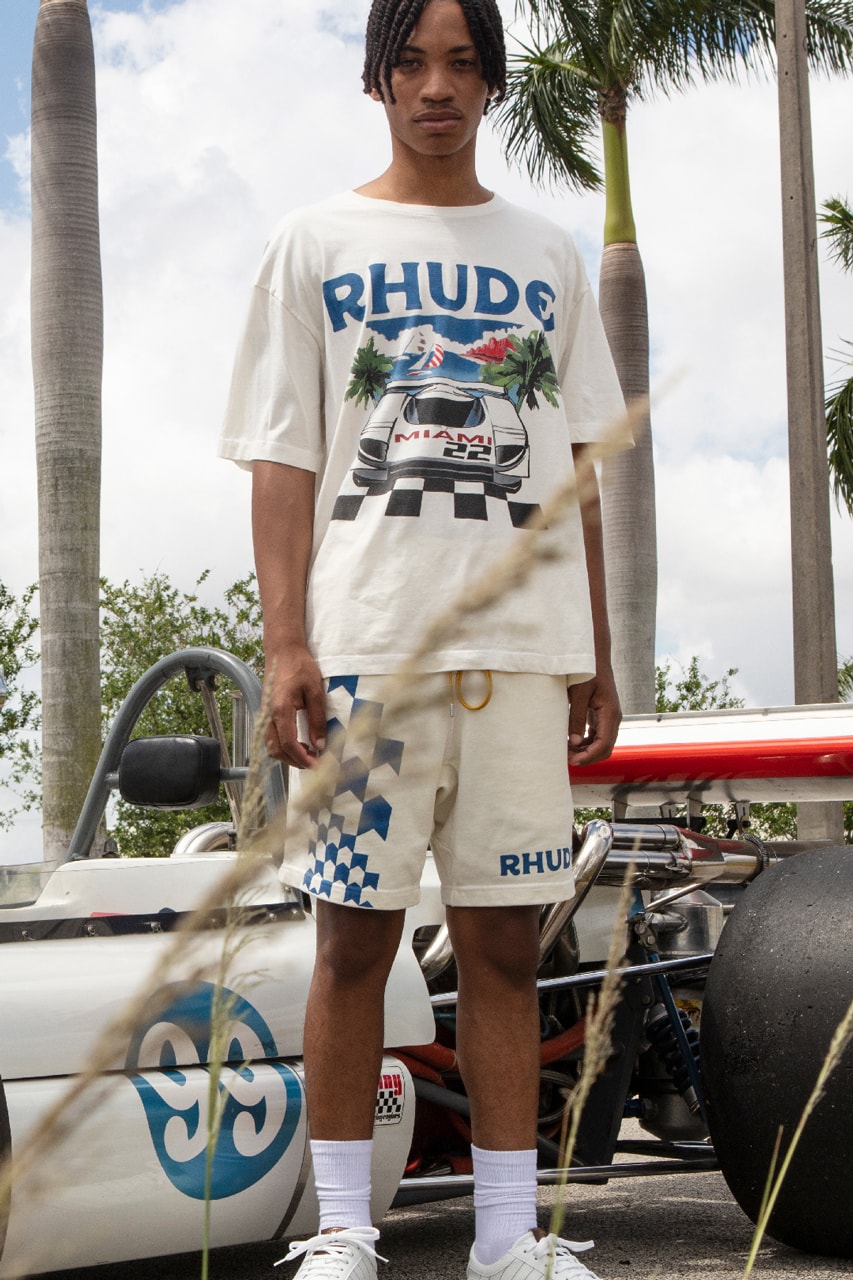 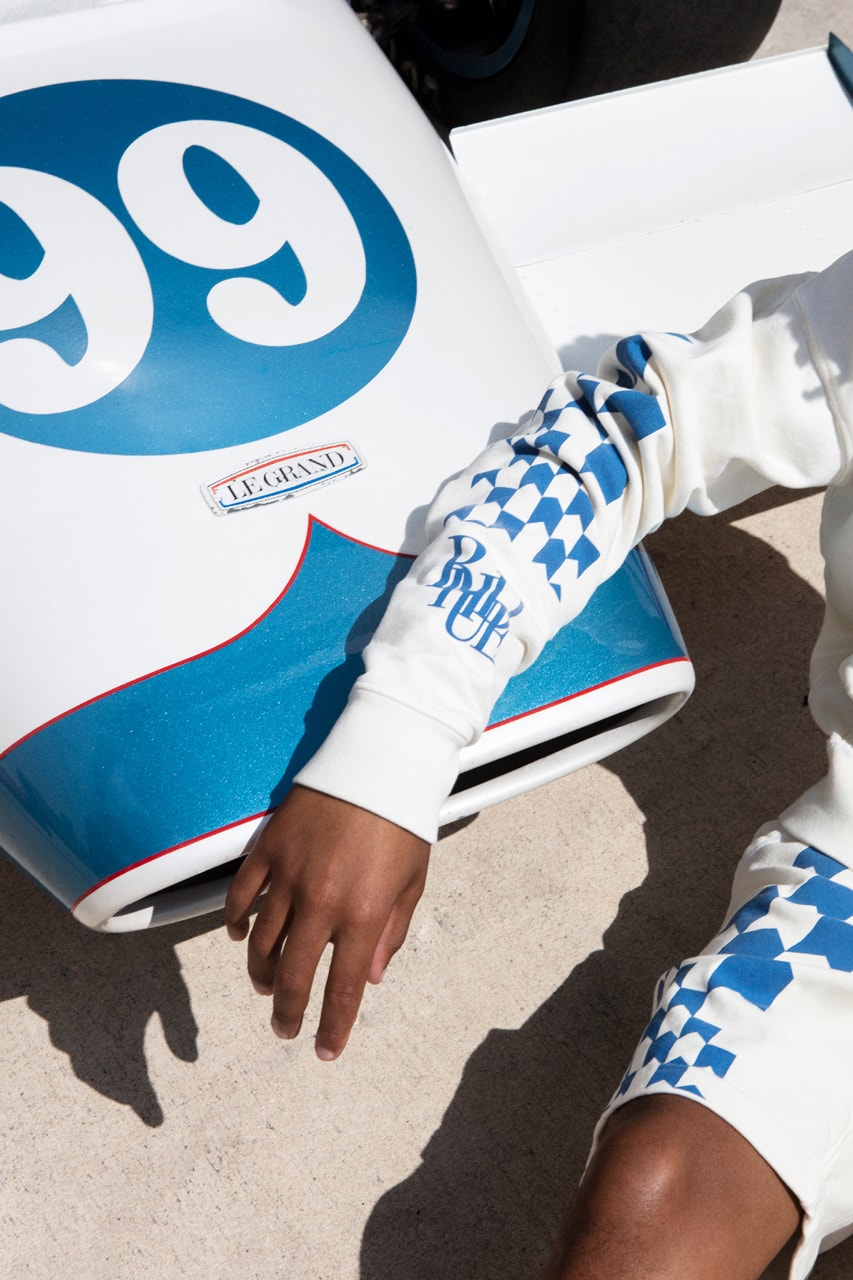 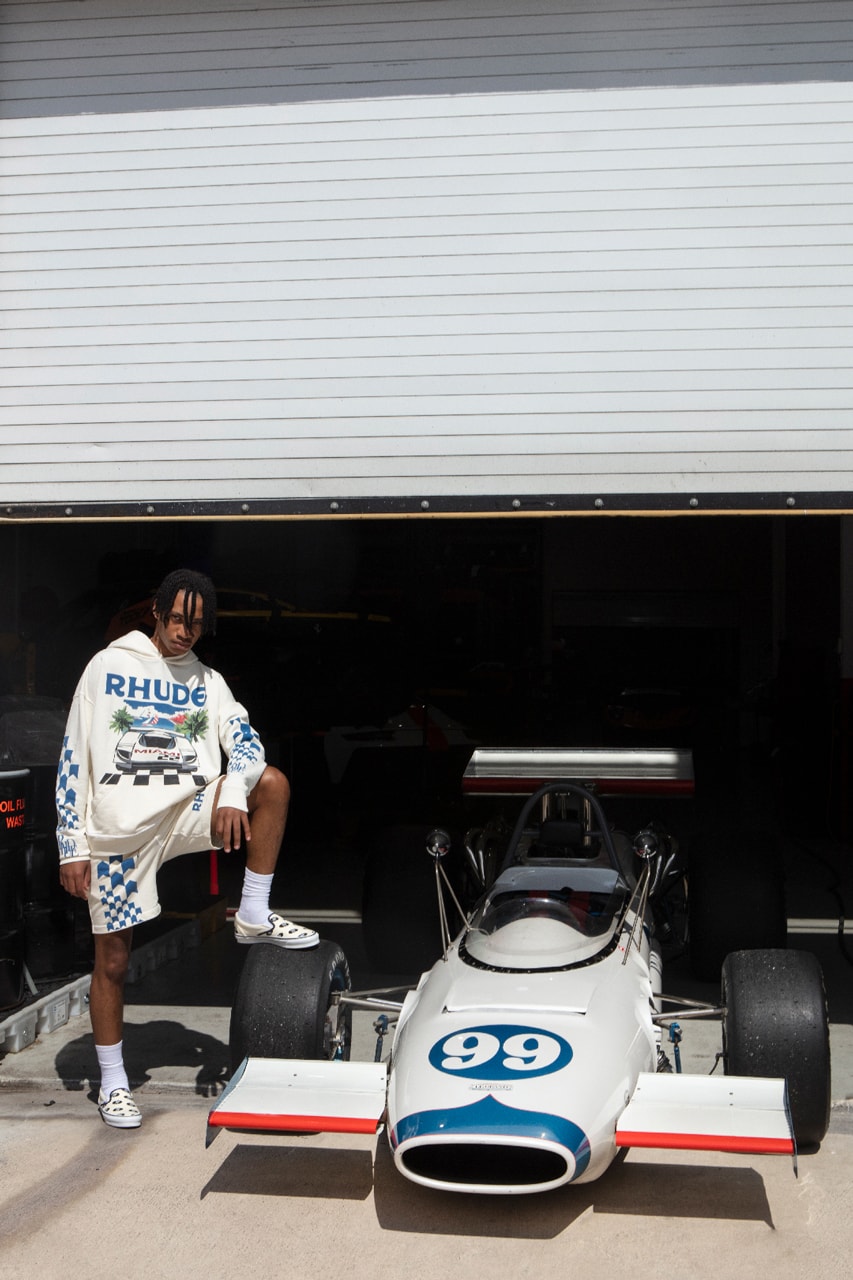 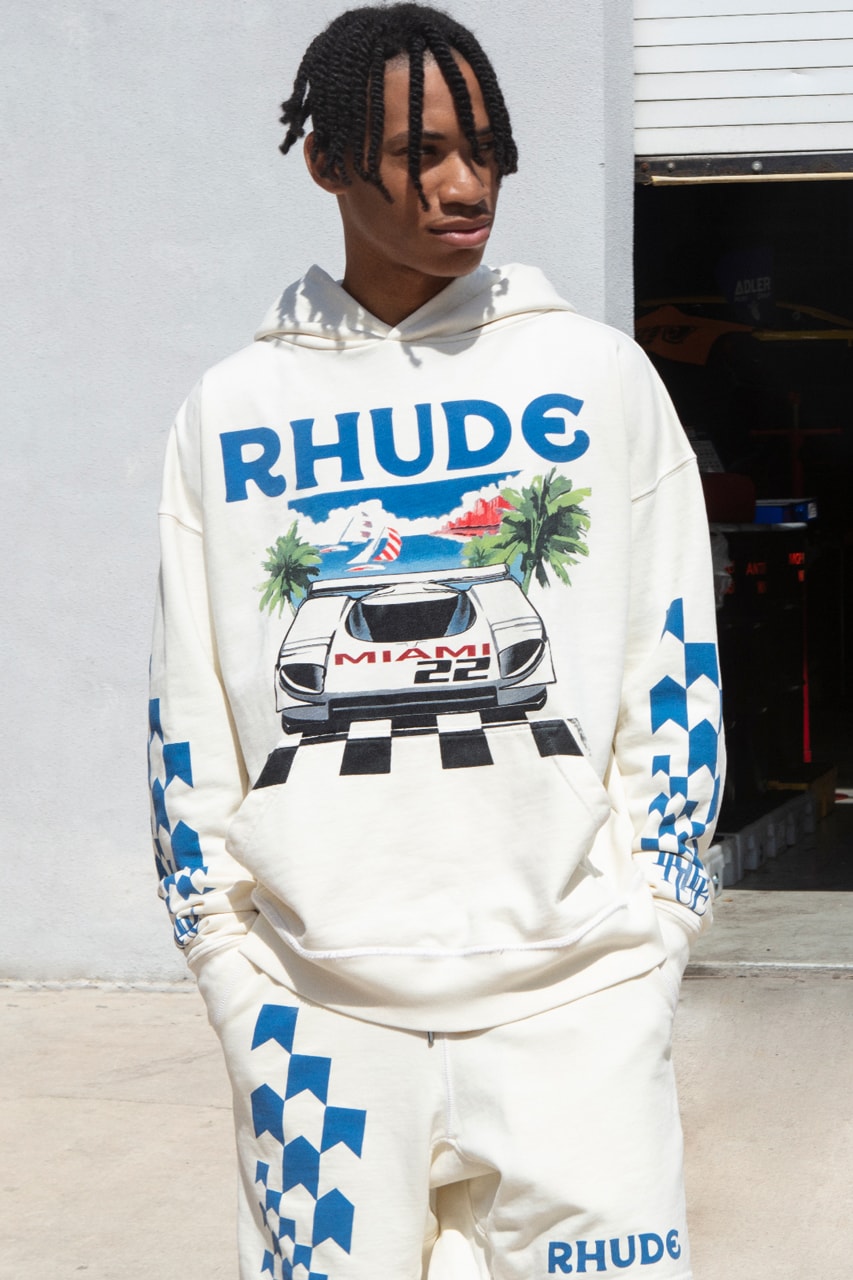