NOVITEC‘s N-LARGO program takes already wildly impressive automotives and enhances them to entirely new heights — and that’s exactly what’s been performed with the brand’s take on the Ferrari F8 Spider.

Naturally, the supercar features an extensive amount of customized parts inside and out. Starting with the twin-turbo V8 engine, NOVITEC has bumped it to produce 818 HP and 903 Nm of torque, resulting in a 0-62 MPH time of just 2.6 seconds and a top speed of over 211 MPH.

N-LARGO carbon fiber bodywork extends the width of the car to 211cm at the rear, making for a car that demands even more attention and serves plenty of presence on the road. 21” and 22” staggered rims made in collaboration with Vossen hit up the front and rear wheels respectively, and are available in 72 different color combinations with a choice of brushed or polished surface finishes.

However, all of these additions aren’t just for show. The N-LARGO kit is highly aerodynamic, with the front fascia working in conjunction with the side flaps to reduce front-end lift at high speeds. Likewise, the rear hips and diffuser combine to hunker the car down, working in tandem with a ducktail spoiler that generates more downforce than standard to help the car cope with its newfound power enhancements.

As per the NOVITEC recipe, an INCONEL exhaust system can be fitted with optional 999 fine gold plating, making for a V8 engine that sounds truly exceptional at the car’s peak rev range of 7,960 rpm. Take a look at the NOVITEC N-LARGO Ferrari F8 Spider above, and find out more about the limited-to-15 supercar on NOVITEC’s website. 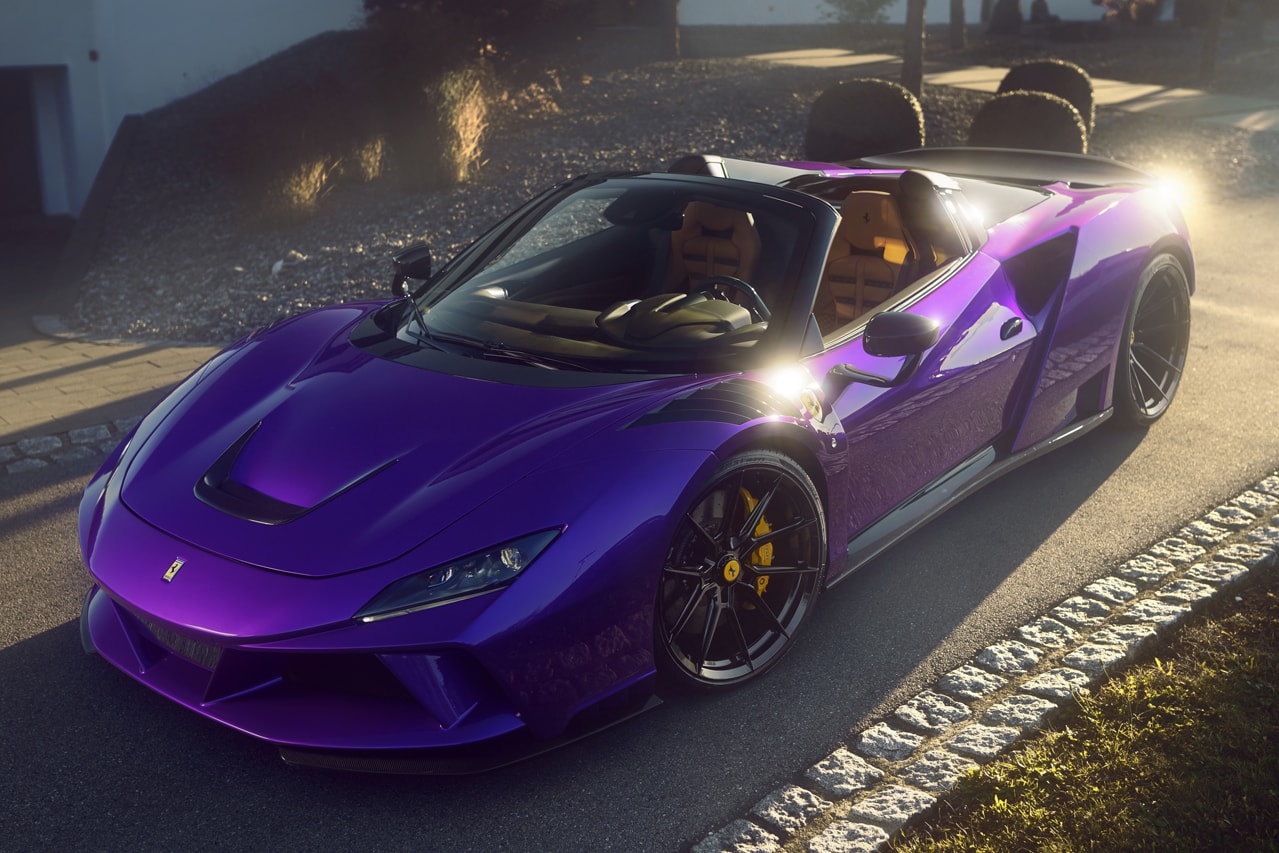 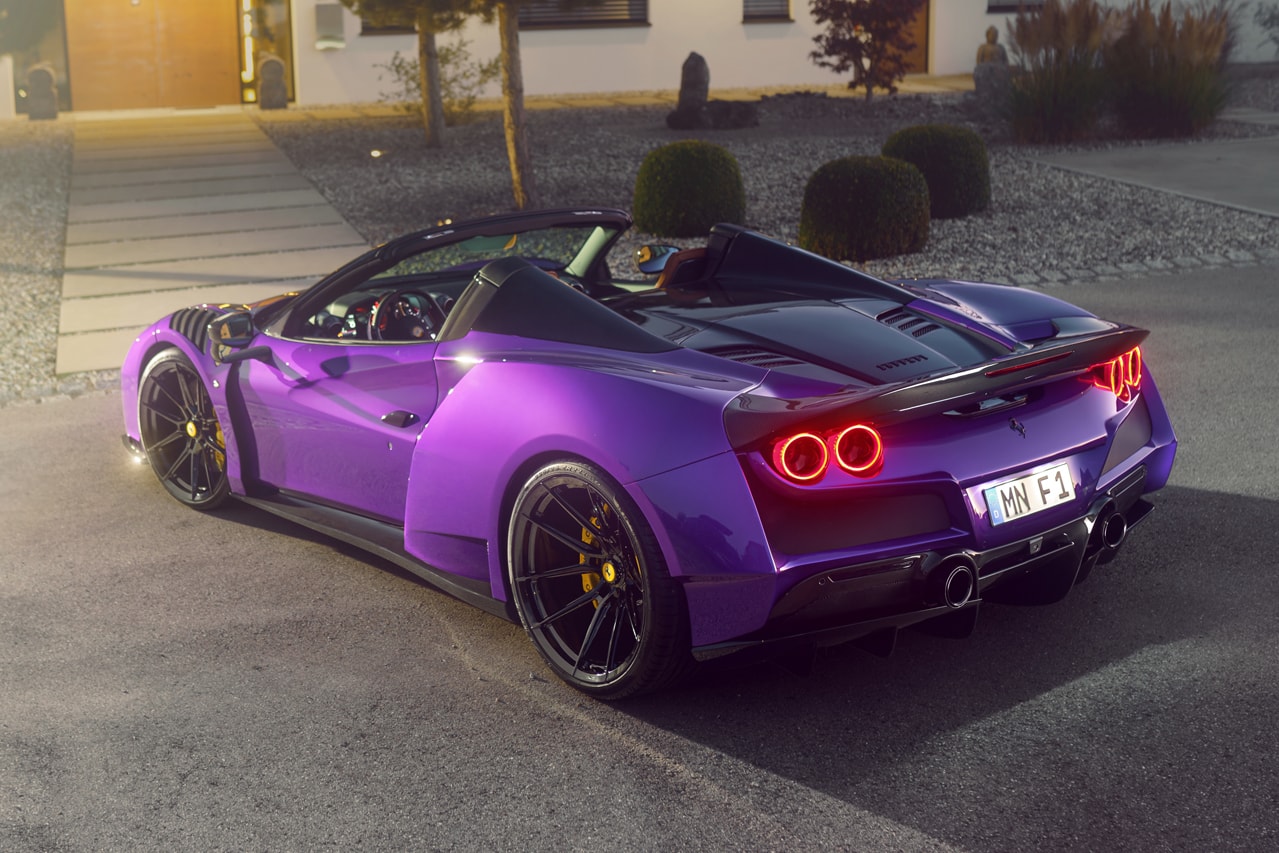 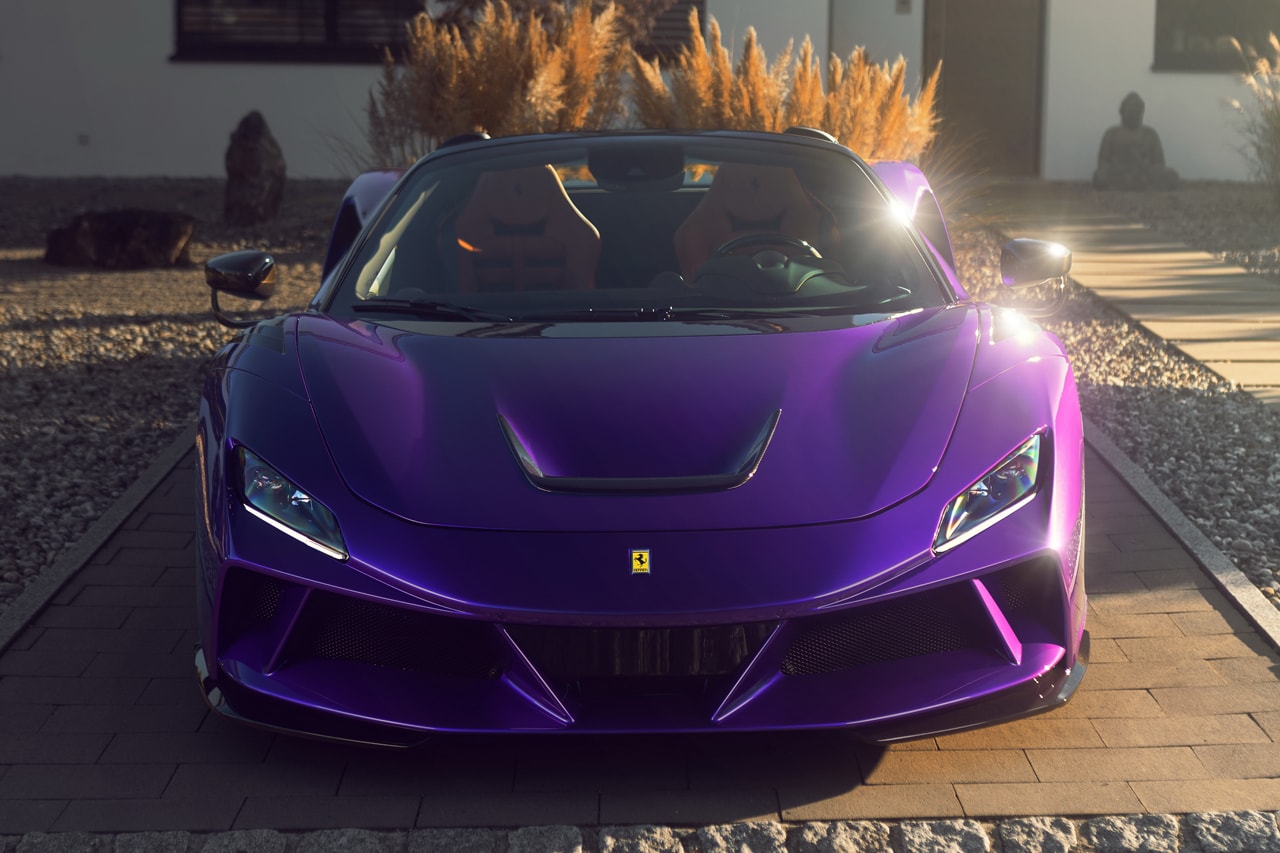 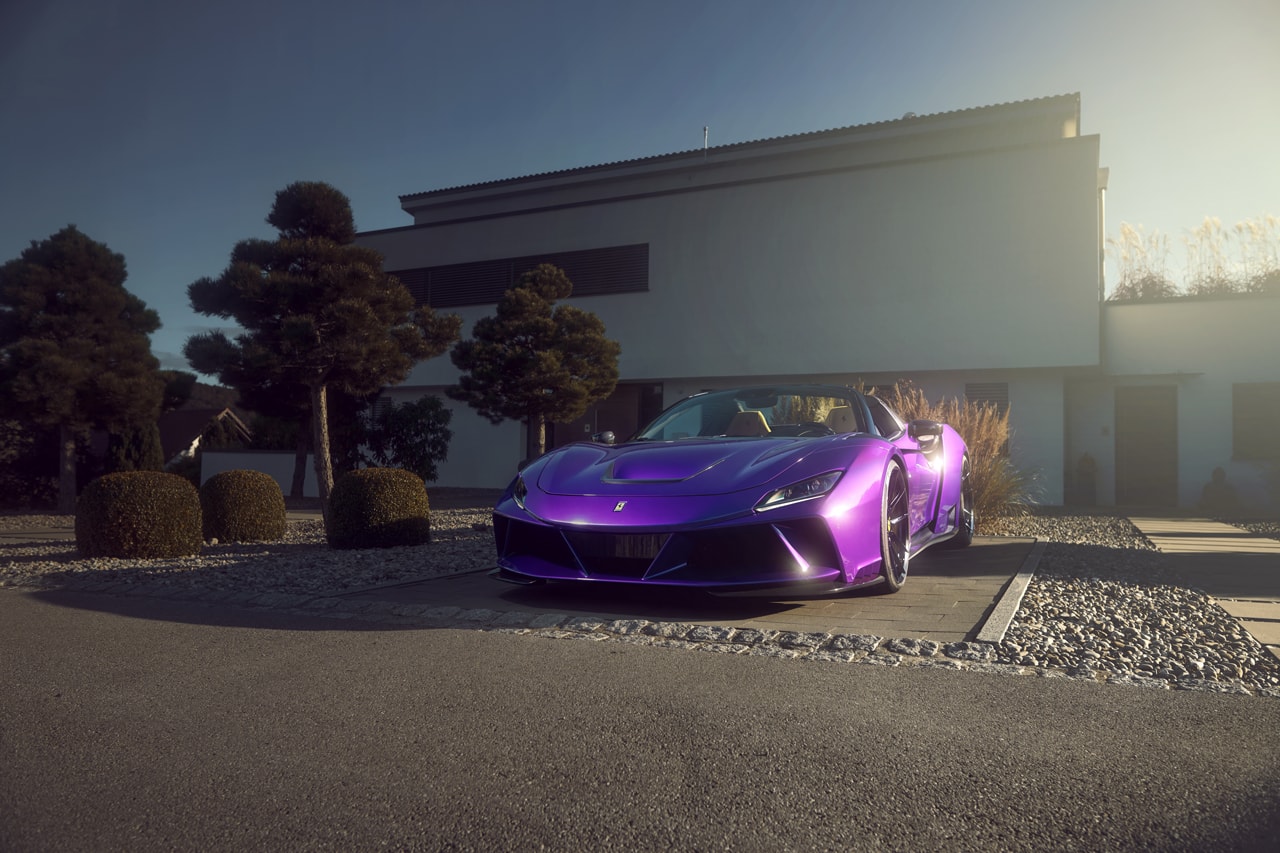 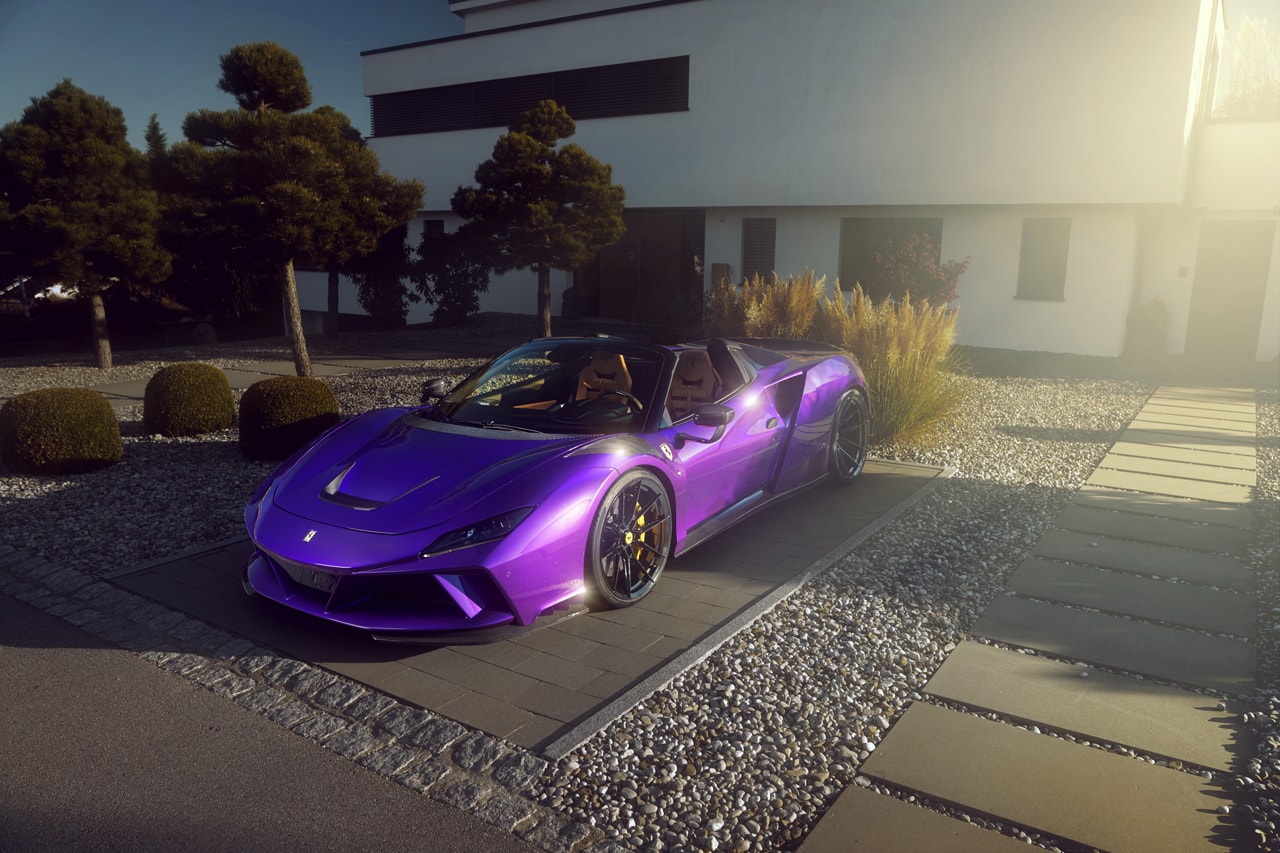 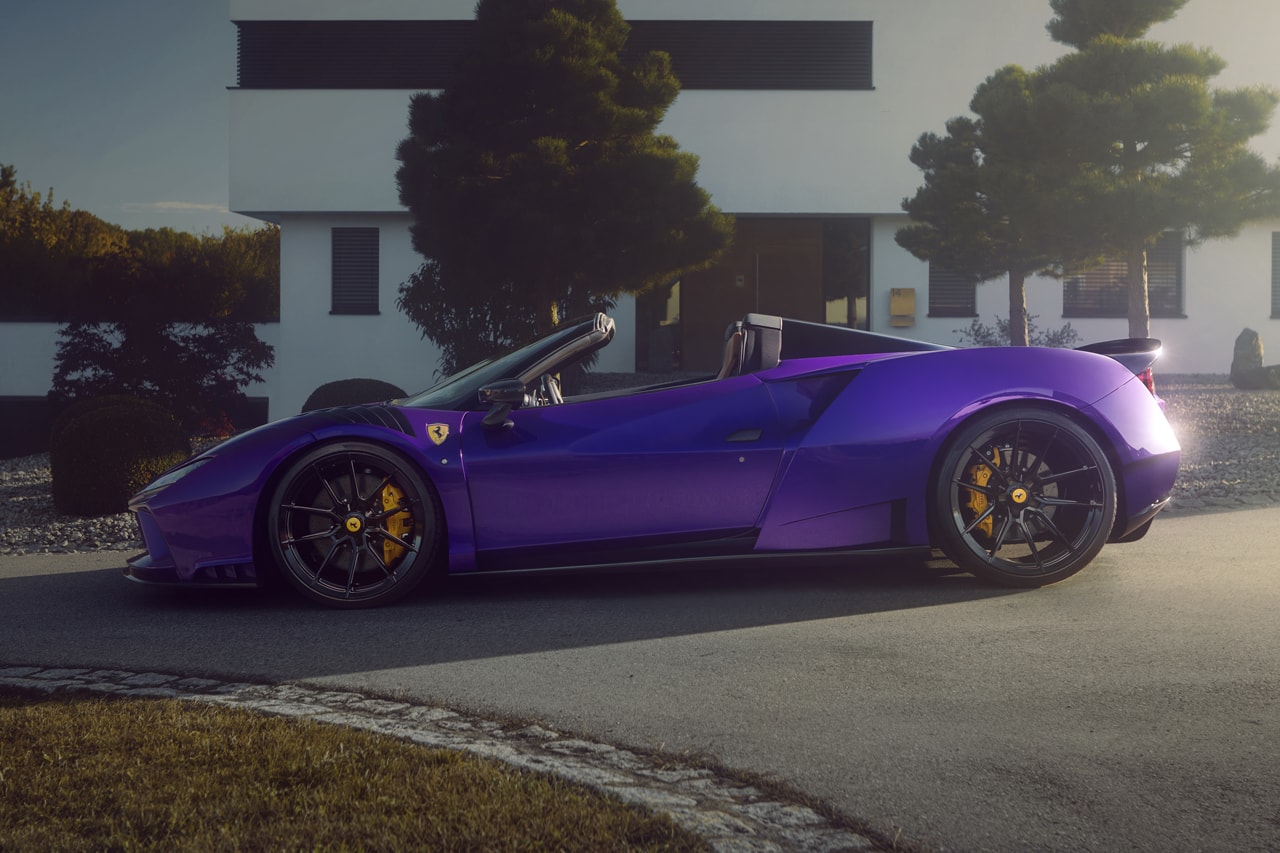 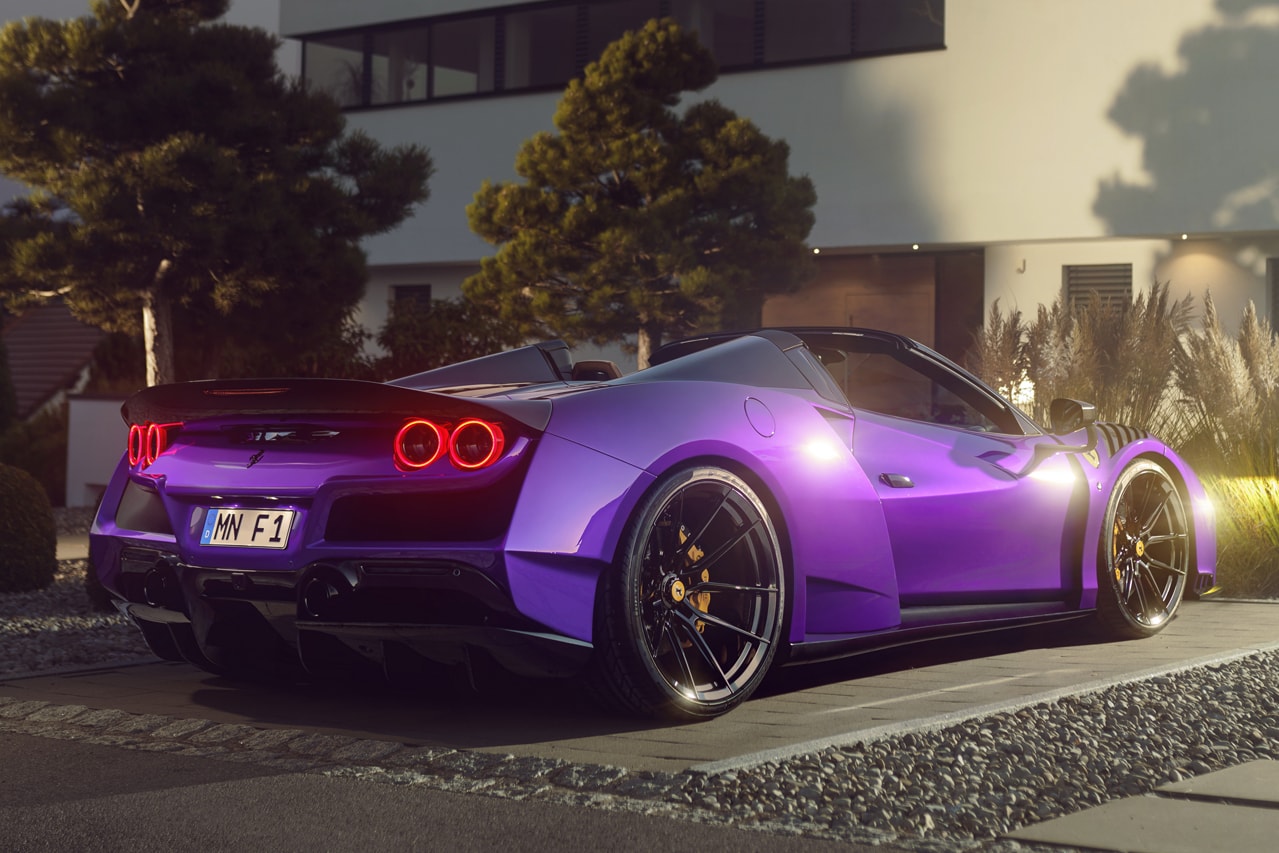 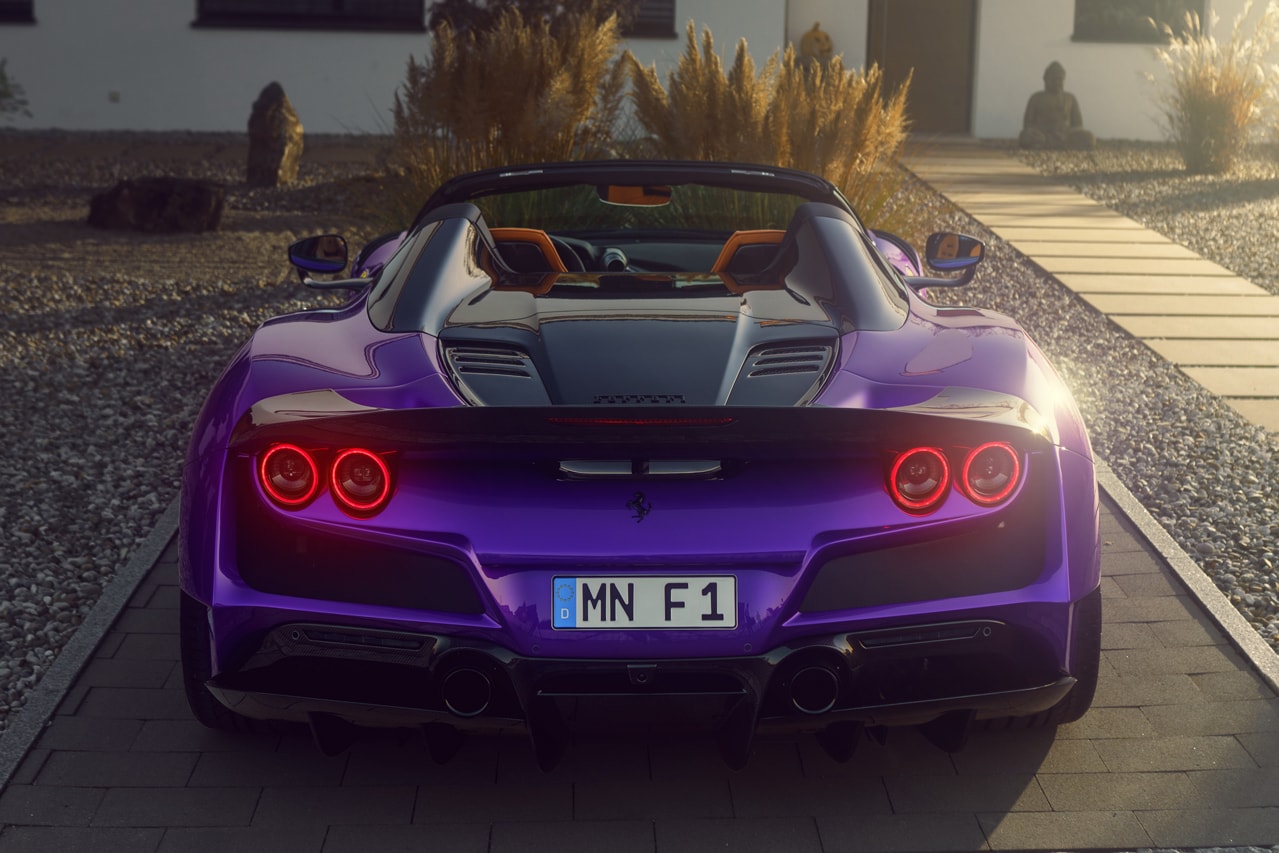