Balenciaga's footwear designs are about as impactful as fashionable footwear gets, with the Triple S and Track Trainer both delivering progressive, chunky designs that each inspired a wave of imitators. Thus, a pretty big deal that the luxury label is introducing a follow-up to the latter design, dubbed the “Track.2.”

Though it may look like the Track.2 merely carries over the original’s complex, layered upper, the new design actually ups the ante with over 176 separate pieces used to create the dense network of leather and mesh panels. Faux-distressed athletic-inspired portions are arranged to create a partially more breathable structure that blends metallic accents with hits of color, while a dual-density EVA sole is both lightweight and comfortable.

Elsewhere, thick rope laces, “TRACK.2” detailing at the tongue and “BALENCIAGA” branding near the ankle further increase visual interest. Like its predecessor, the Track.2 sports an outsole design that serves to recall classic running sneaker shapes, driving the utilitarian inspiration home. Initially, the Track.2 will release in three colorways: two tonal white or black iterations and one that elevates a grey base with pops of red and blue.

Expect the Track.2 Trainer to hit Balenciaga's website on June 18 before arriving at global stockists like SSENSE on June 25, with more colorways to follow shortly. Though the sneakers didn’t appear on the runway, they are releasing as part of Fall 2019; check out Balenciaga’s Fall ‘19 campaign below to get a feel for the brand’s vision. 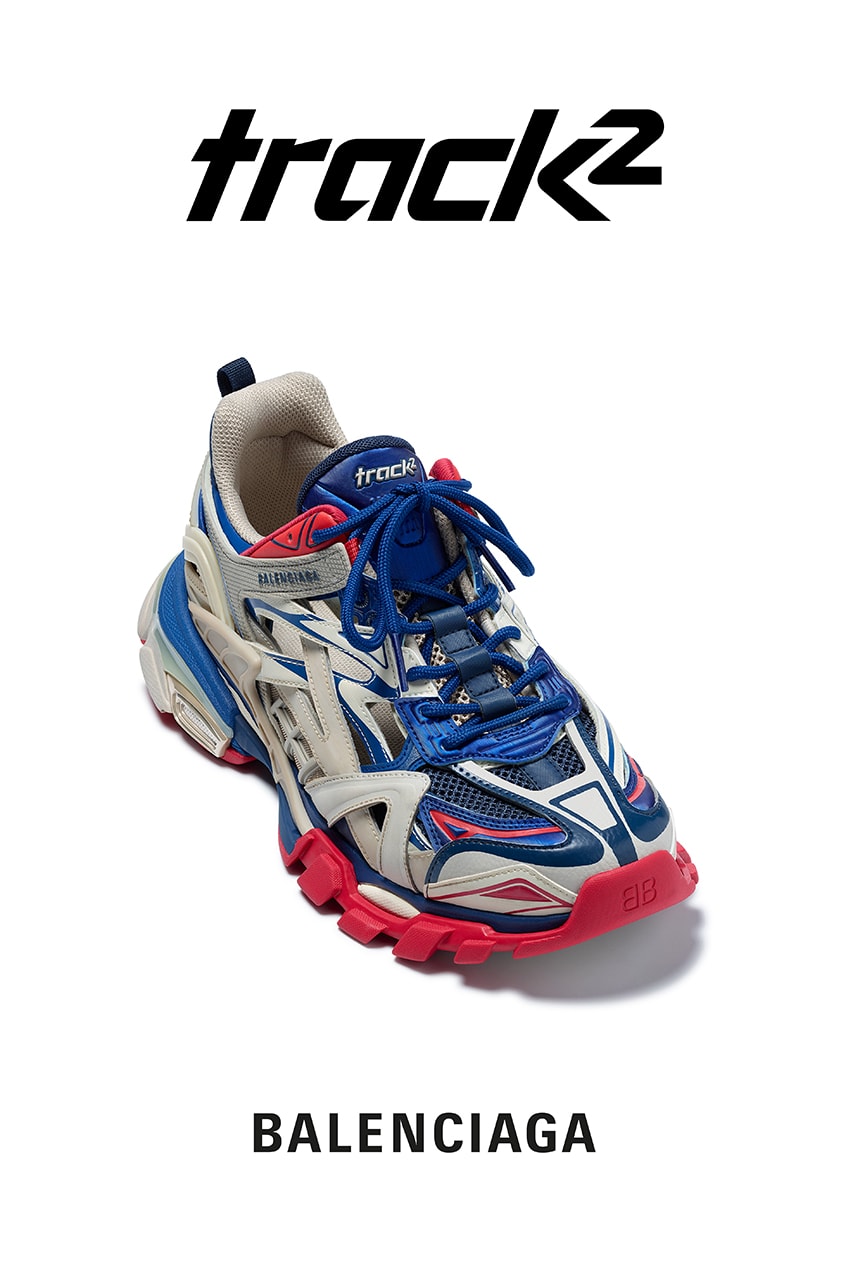 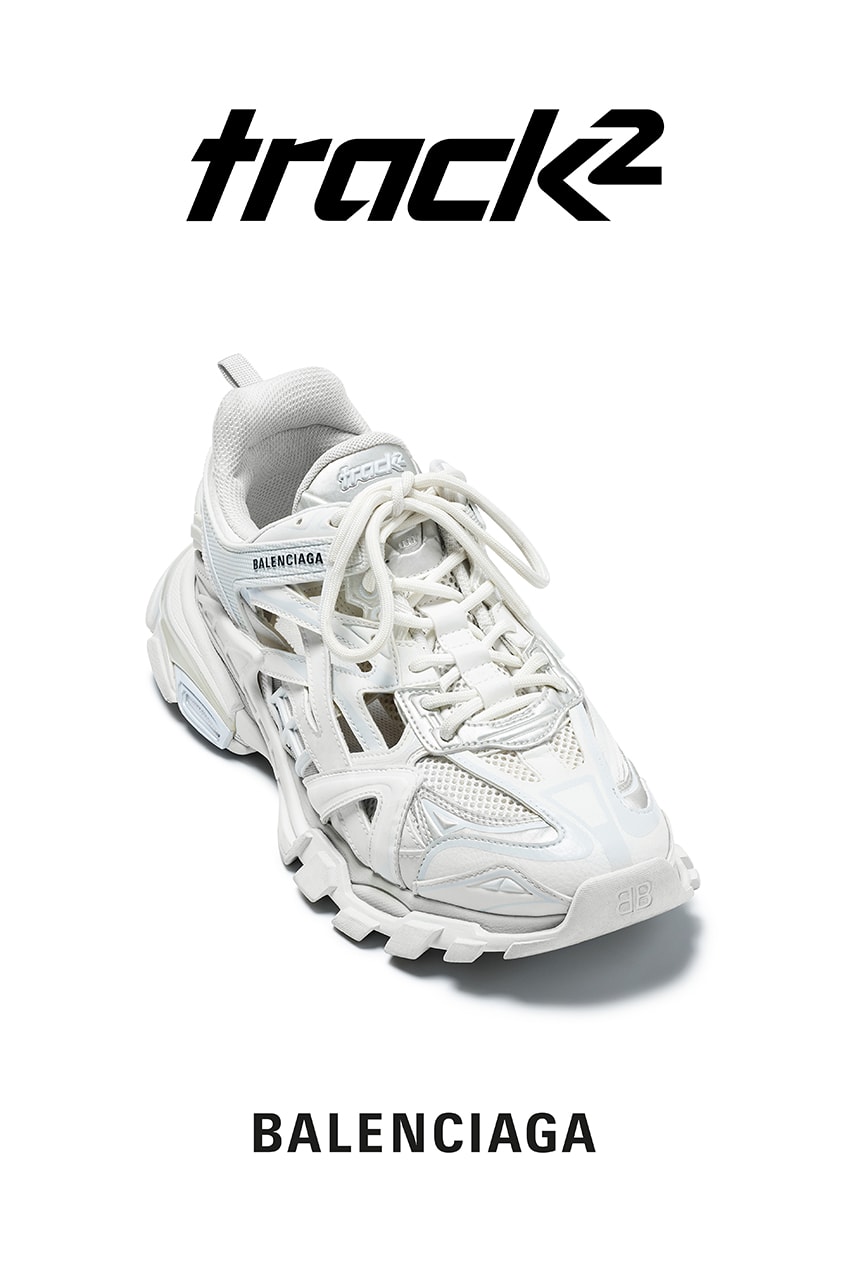 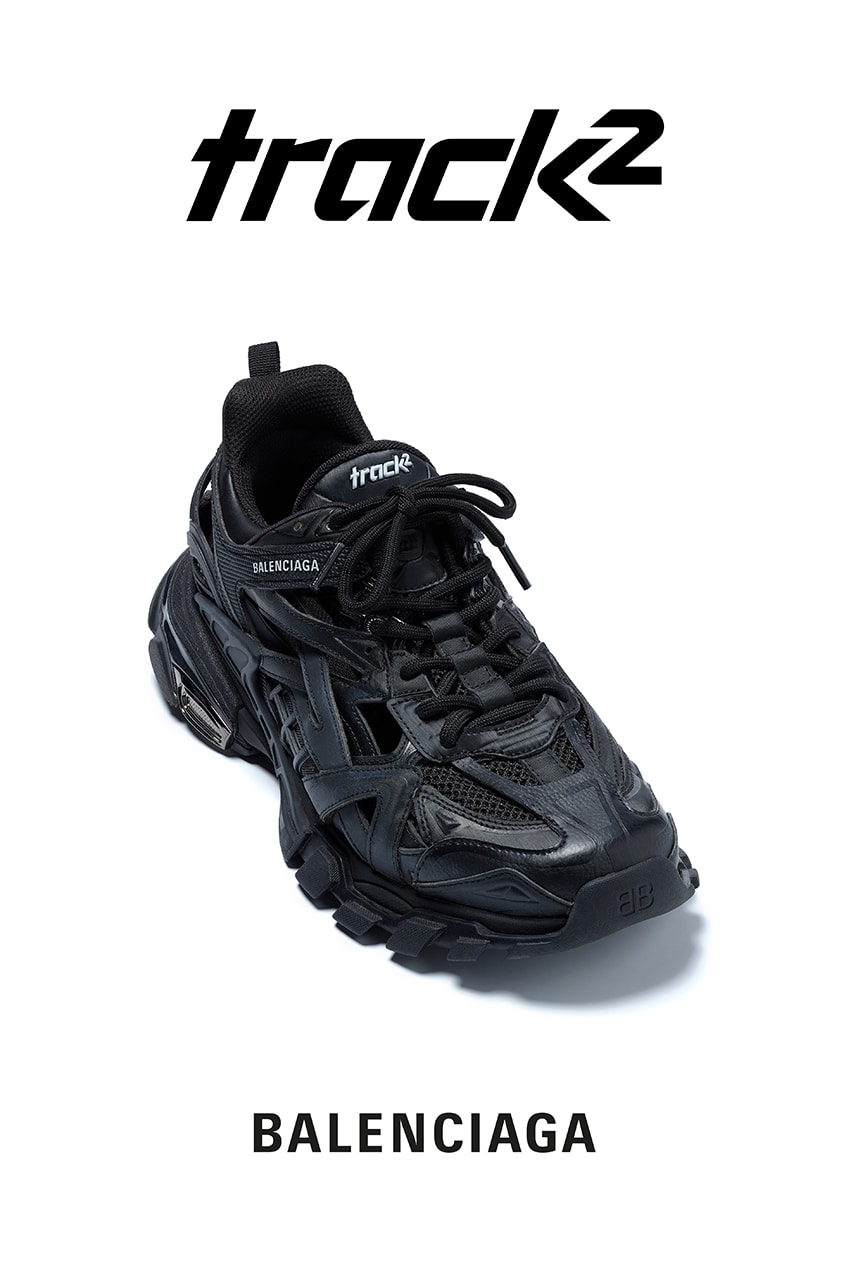