A super-rare “Riot Riot Riot Camo Bomber” from Raf Simons‘ Fall/Winter 2001 re-entered the public imagination this month when Drake donned it for his “Toosie Slide” video — so much so that it has resold for €14,000 ($15,244) on the Vestiaire Collective.

Given the silhouette is regarded as one of the ten most iconic Raf Simons pieces of all time, $14,000 is actually a steal considering the seller was reportedly asking for $22,263 earlier this week.

While that might sound like a lot to drop on a bomber, this is a jacket that once resold on Grailed for a jaw-dropping $47,000 back in 2018. At the time it was resale platform’s highest sold item to date. 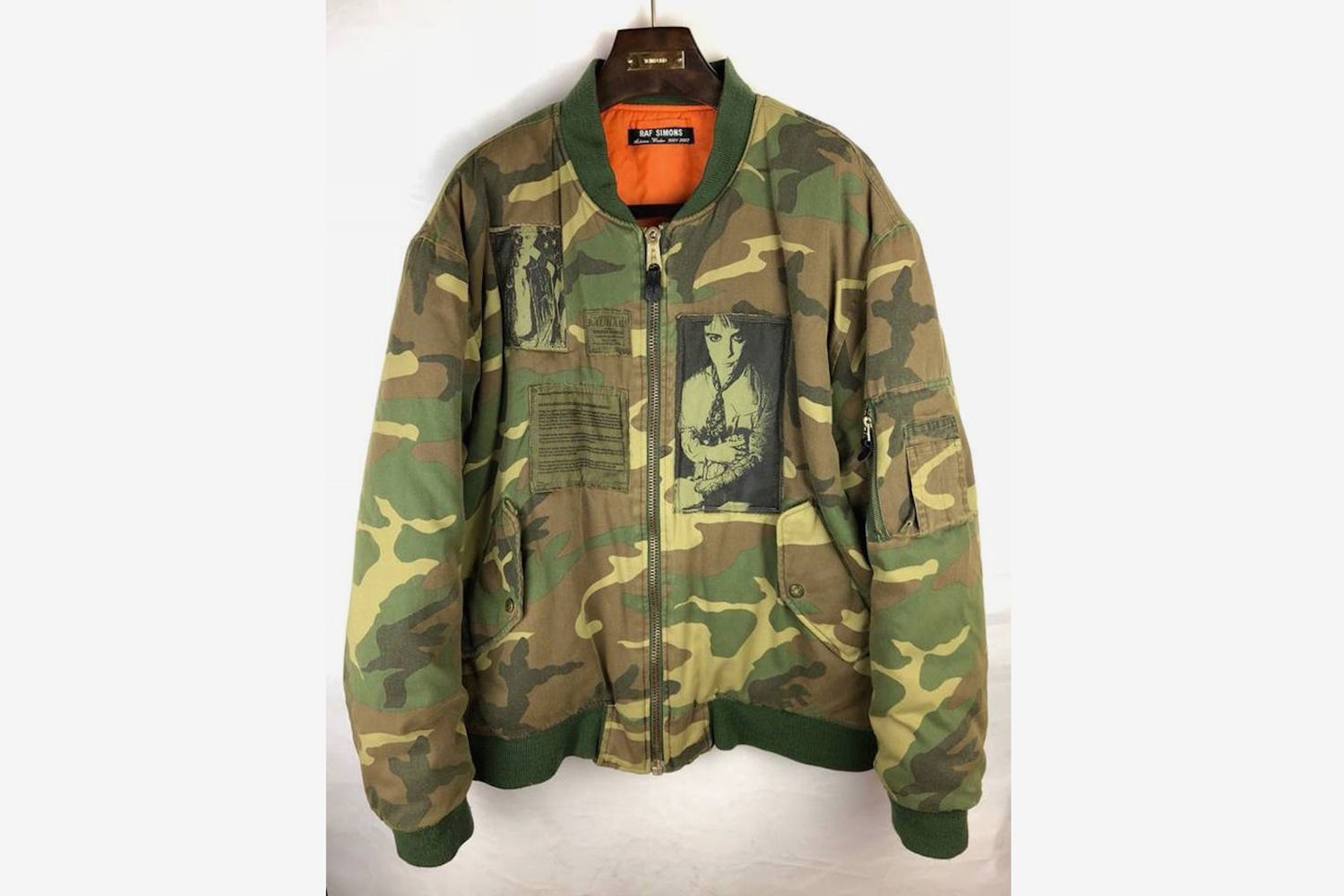 The “Riot Riot Riot” Camo bomber is an archive piece from Raf Simons’ critically lauded Fall/ Winter 2001 collection. The FW01 show was considered a pivotal moment in menswear history after Simons returned to the industry following a one-year sabbatical. He then embarked on shaking up the status quo of slim-fit suiting with oversized silhouettes, hoodies, and grungy youthful models.
The piece is crafted from an oversized Fortex bomber with patches depicting David Bowie, Richy Edwards from the Manic Street Preachers, and a Bauhaus poster. Notable for foreshadowing an obsession with subcultural figures that would inform the rest of Raf Simons oeuvre for years to come. It’s been seen on the likes of Kanye West, who wore it for several weeks straight in 2007.
Share Share on Facebook Tweet Tweet on Twitter Pin it Pin on Pinterest
1 2 Next