Apr 21, 2020
Kanye West‘s adidas YEEZY line has officially announced the YEEZY BOOST 700 MNVN in two new colorways: “Phosphor” & “Bone.” One of the newest silhouettes in West and the Trefoil’s long-running partnership, the MNVN provides a more boldly branded look than most other YEEZY styles, and calls to mind images of hiking footwear with its chunky, technical build.

“Phosphor” and “Bone” are decidedly on opposite ends of the spectrum when it comes to color — the former uses a vivid neon yellow, the latter an earth tone that’s similar to August 2019’s YEEZY 500 “Bone White.” Although the primary hues may be divergent, the rest of the construction is uniform. Bold silver “700” hits are front and center on the synthetic uppers, while hi-vis reflective detailing hits heel and forefoot overlays. Thick black midsoles with the same shape as the YEEZY BOOST 700 and YEEZY BOOST 700 V2 are stuffed chock-full of bouncy BOOST cushioning to complete the look.

Early reports stated that both “Phosphor” and “Bone” would be city-exclusive drops, but both will see a global release in full family sizes. The “Phosphor” is set for April 24, while we won’t see the “Bone” until July 11, contrary to initial speculation that it too would release in April.

Each style’s MSRP is uniform, with men’s pairs priced at $220 USD, kids at $160 USD and infants at $140 USD. Both will be available via the adidas webstore, YEEZY Supply and retailers like Footpatrol. 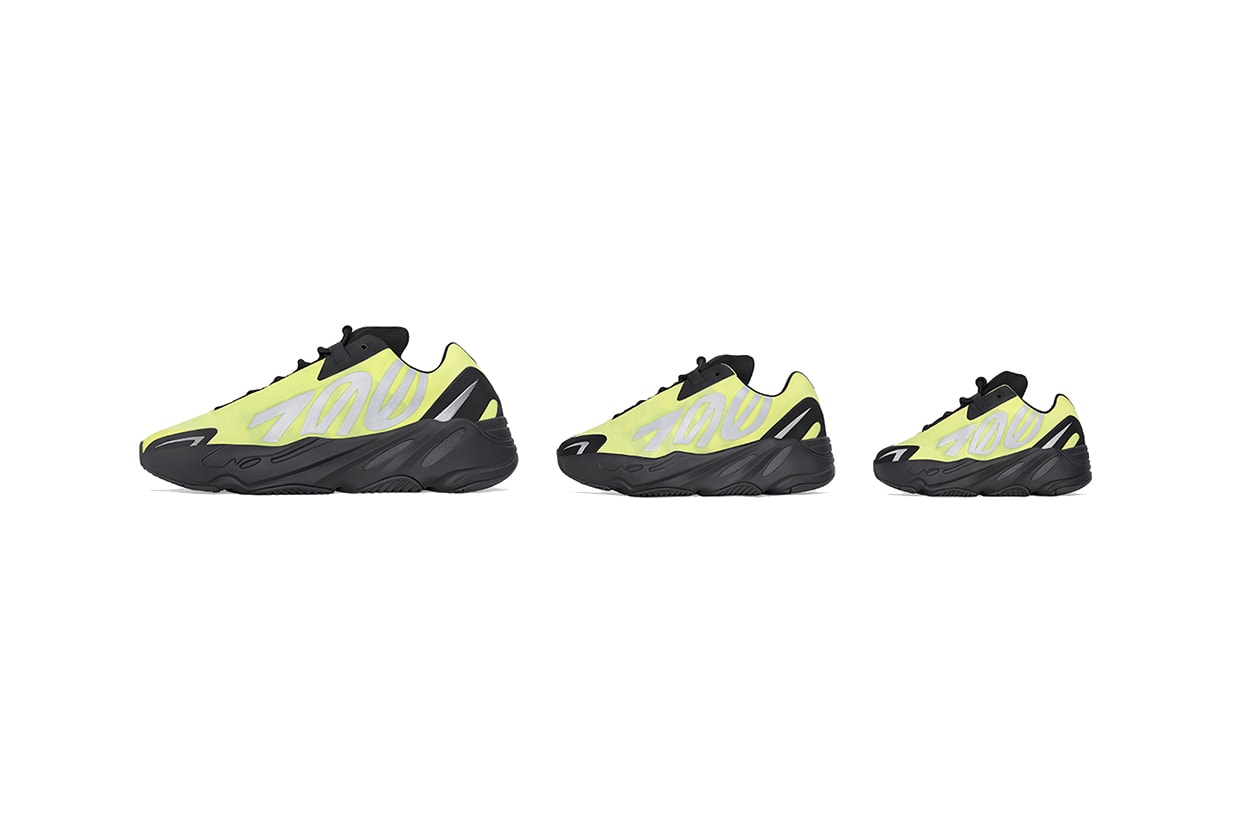 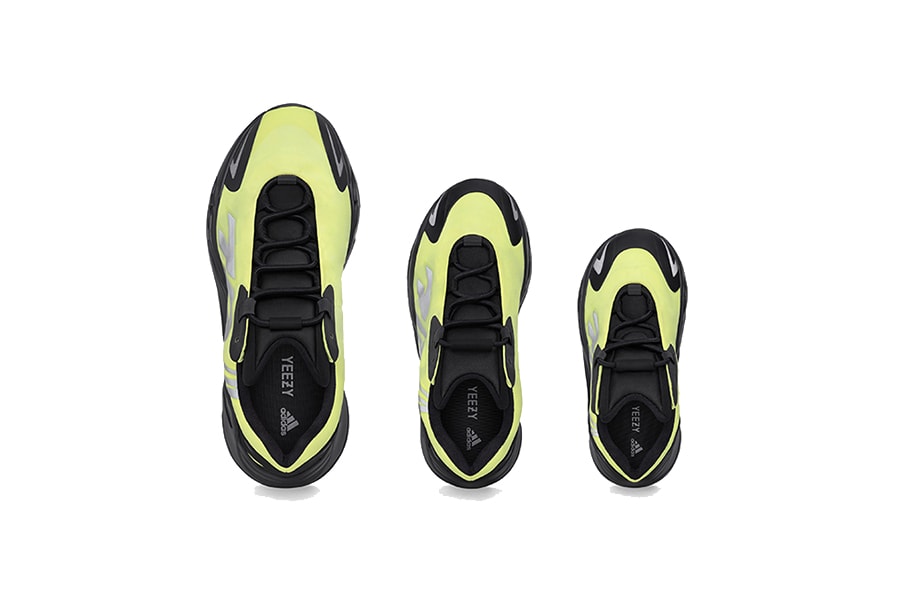 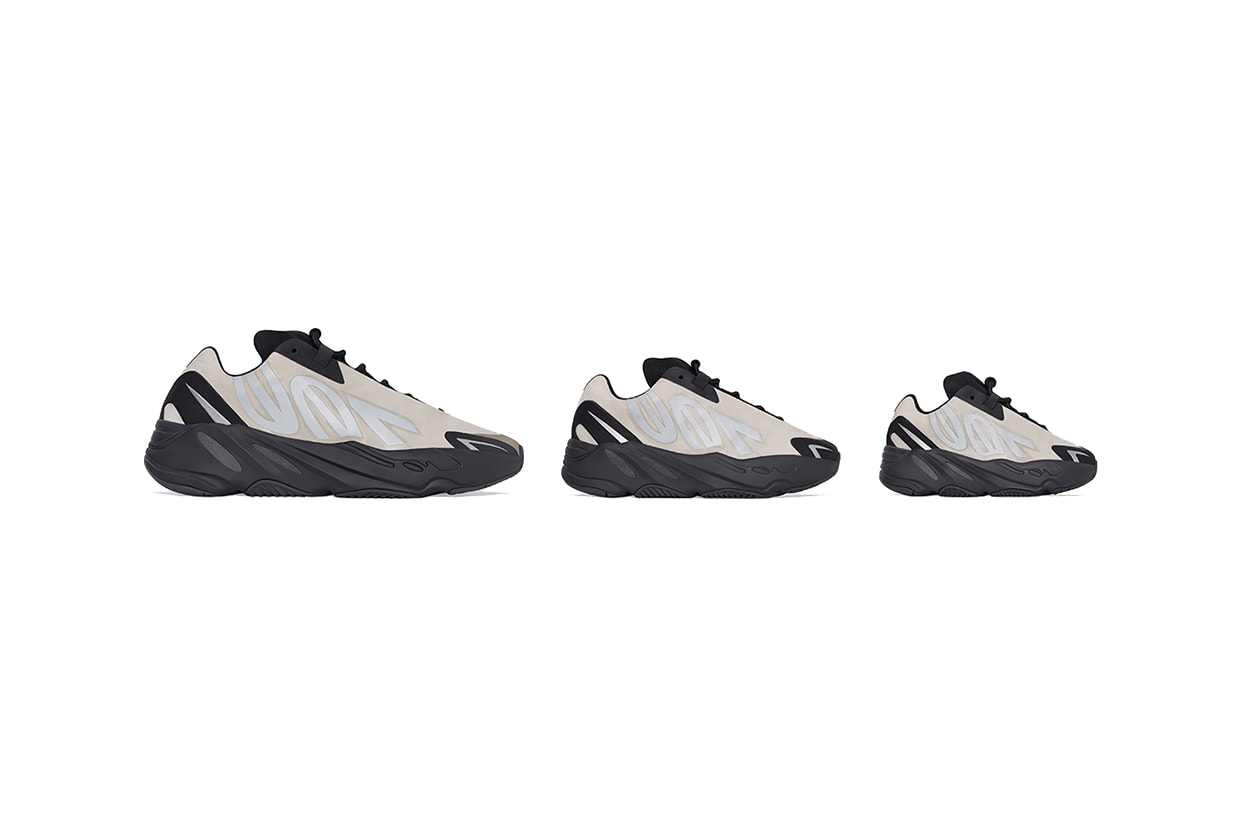 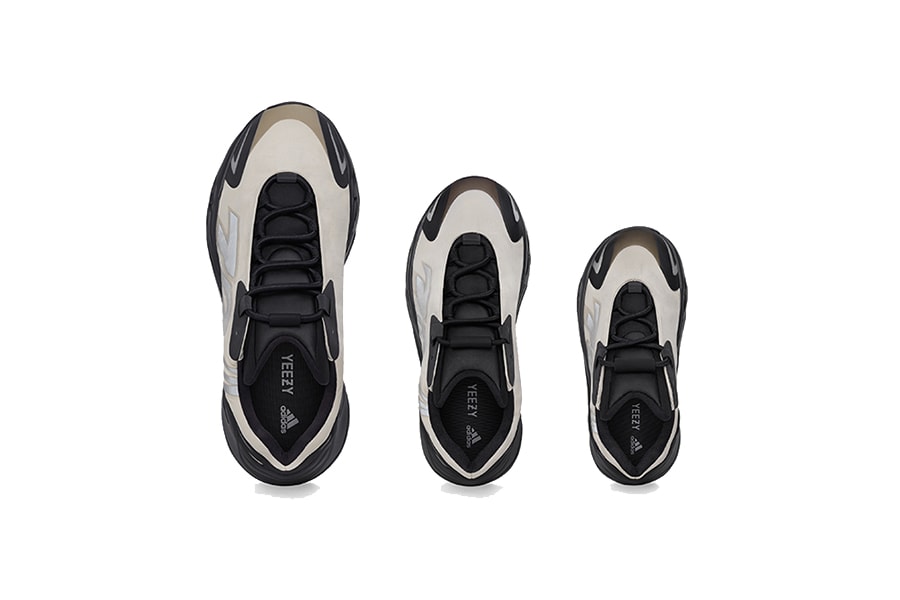