Editor's Notes: A$AP Rocky might not be having a baby with Rihanna, but the rapper does have a third Vans drop cooking.

Our favorite Fashion Killa stepped out in New York City wearing the new silhouette from his Vans partnership in early December, showcasing the latest fruits from his tenure as PacSun's artistic director.

The artist pulled up to Pacsun's Soho flagship fitted in an ERL puffer and coordinating ERL hoodie, paired with pants from his third AWGE x Needles collection.

Finishing off the look are the soon-to-be-released pair of A$AP Wordwide x Vans Slip-Ons, decked out in orange flames that wrap around to the toe. 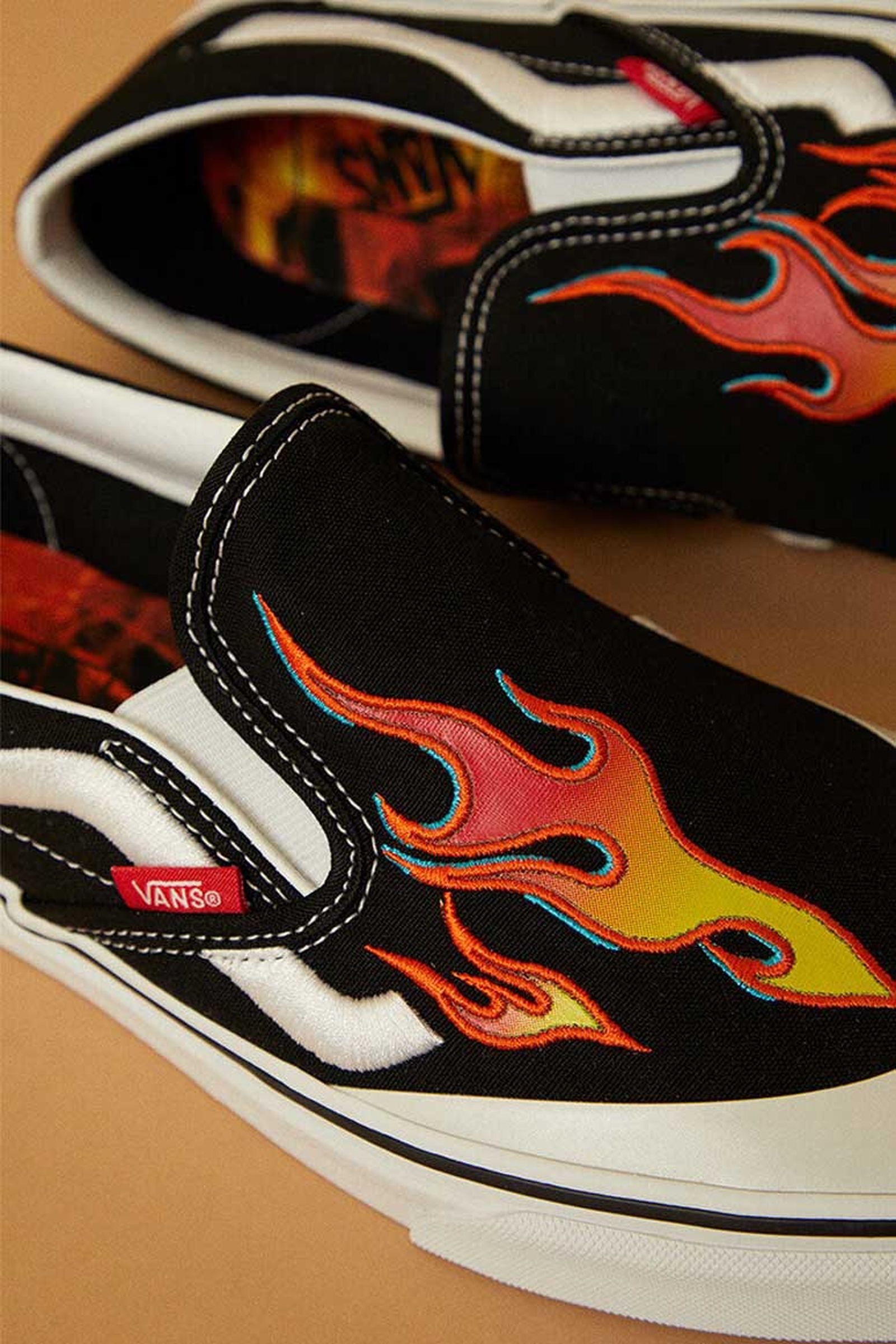 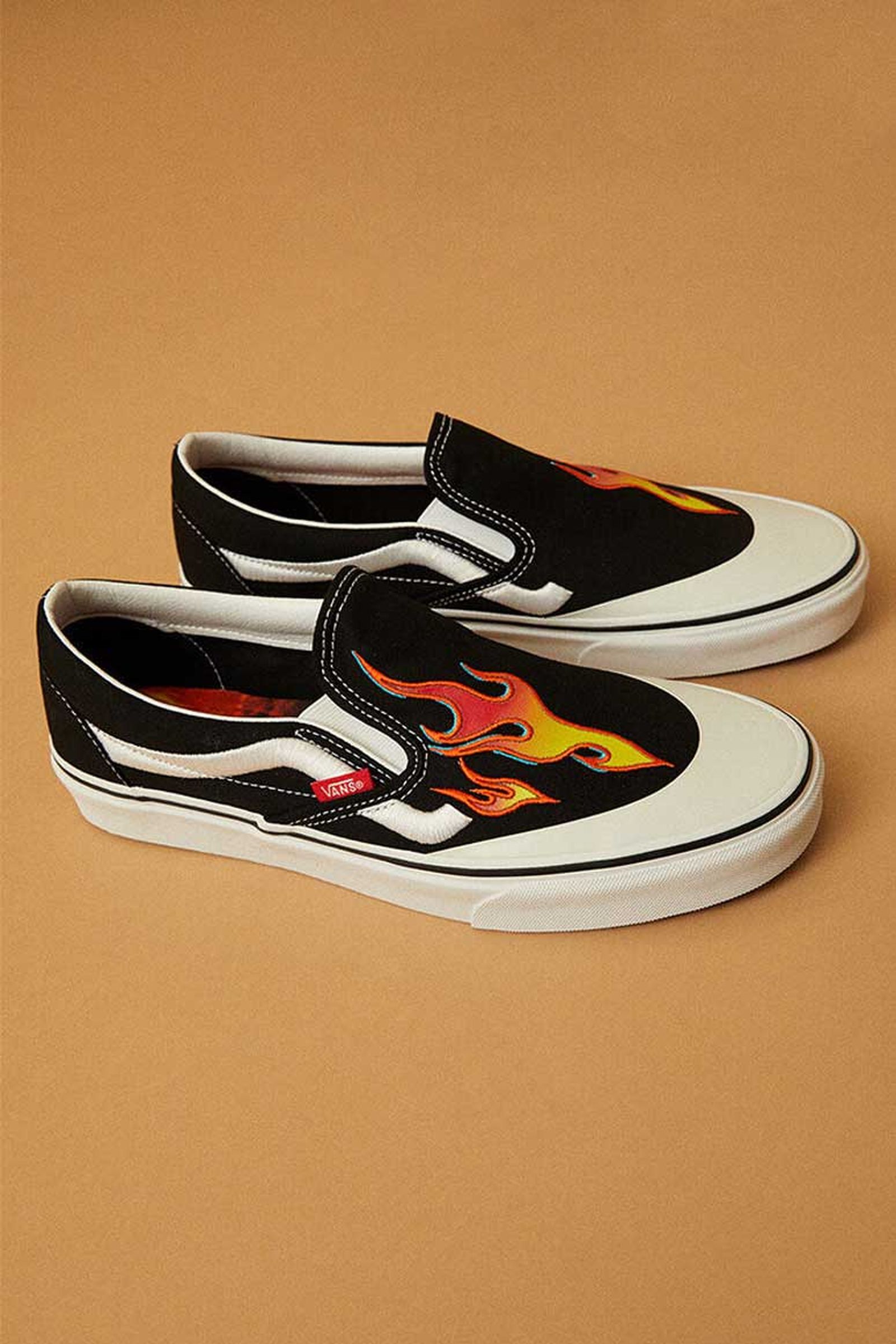 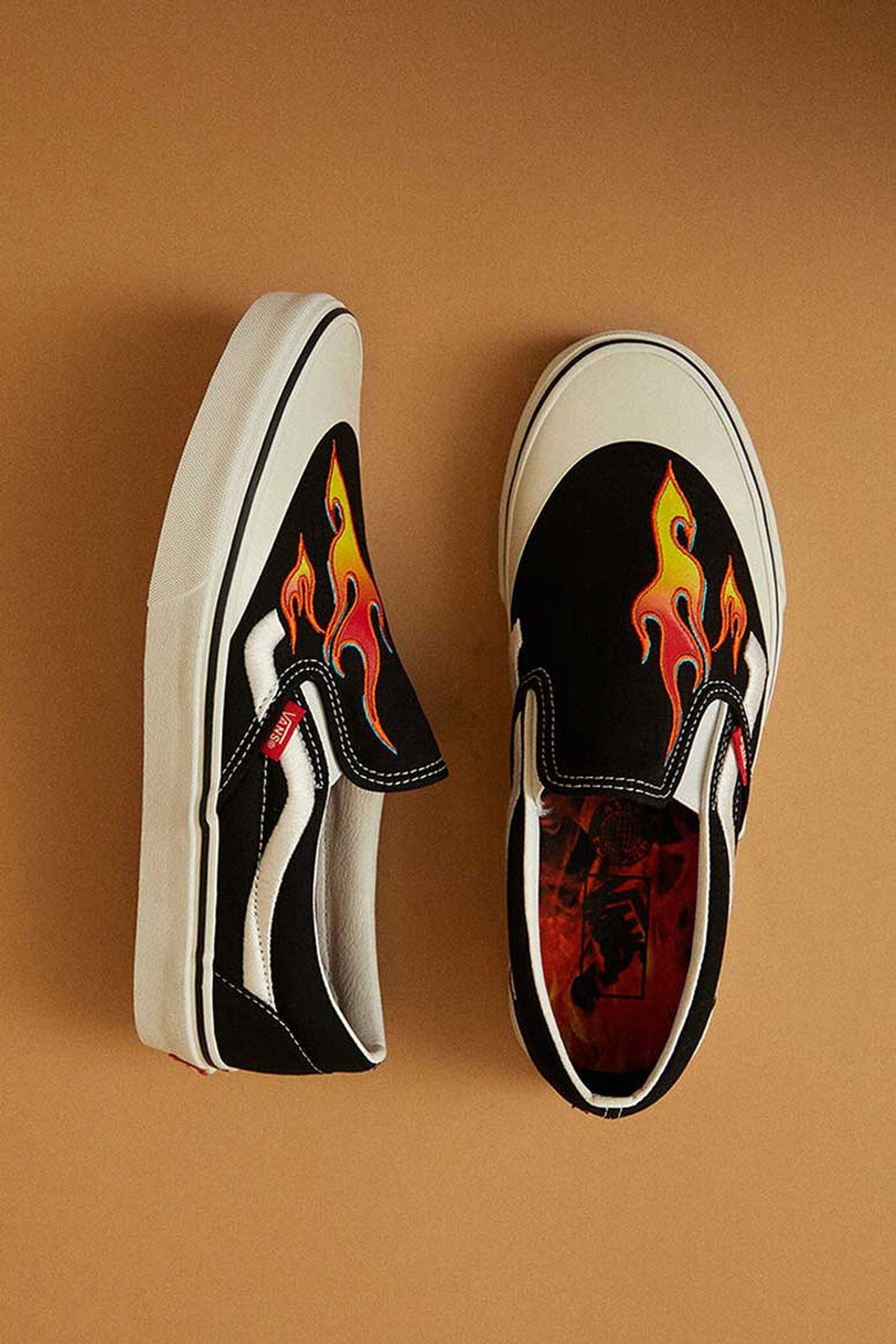 Per PacSun, the shoes will release in early 2022 alongside new pairs of the Slip-On Mule.

Back in July, PacSun broke the rather surprising news that A$AP Rocky would join the retailer as its first guest artistic director, a role that reportedly grants Flacko control over designer collaborations, campaigns, and in-store activations.

The deal included a series of collaborations with Vans, a brand Rocky has a long history of wearing.

"Vans have always been a closet staple," he said of his upcoming drop, which keeps with the fiery theme of his past two releases.

Rocky's flame-accented takes on the Old Skool and Slip-On Mule will presumably kick off a full year of Rocky x PacSun drops, including more much-hyped sneakers and apparel.