World-renowned master of collaborations Ronnie Fieg and his KITH team are further enriching their relationship with ASICS this holiday season by once again commemorating the 30th anniversary of the GEL-Lyte III. On deck for the two entities is a new capsule entitled “The Palette” which features a whopping 30 different colorways of the aforementioned lifestyle-ready silhouette.

The assortment moniker was directly inspired by the set of primary color schemes Fieg implements when crafting his collections for KITH. Style-wise, the uppers on each offering is presented with that of premium pigskin suedes, and come packaged down below with a contrasting tonal sole unit. The color spectrum brought to the table here ranges from the collection’s “Chalk” colorway which is the lightest of the bunch, to a “Dusty Mauve” variation that sits towards the middle to the “Battleship” installment which can essentially be classified as a “Triple Black” makeup. 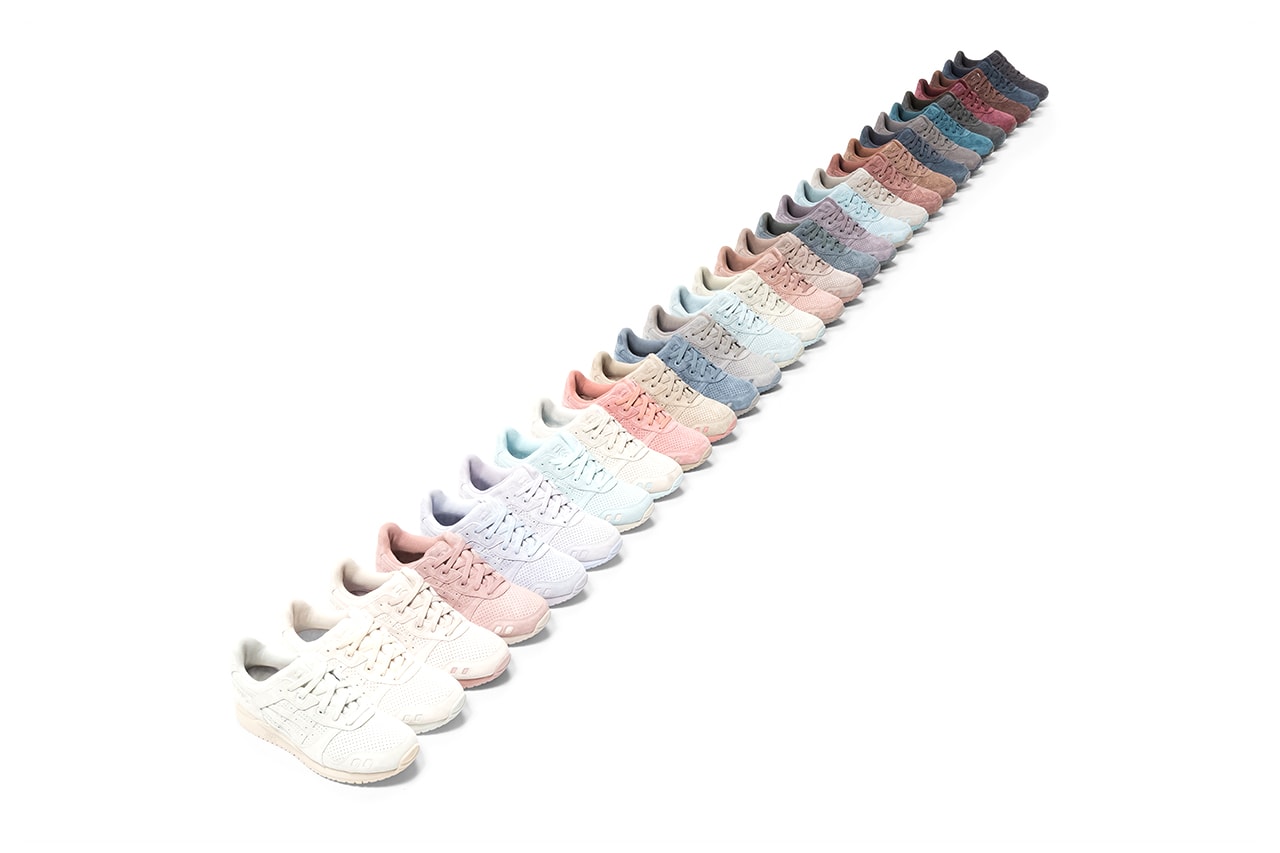 Debossed notations rest on the split-tongues with “30” landing on the left foot to honor the model’s three decades of existence, while the right side spells out “FIEG” in ASICS-inspired font to nod to the Jamaica, Queens-born designer. 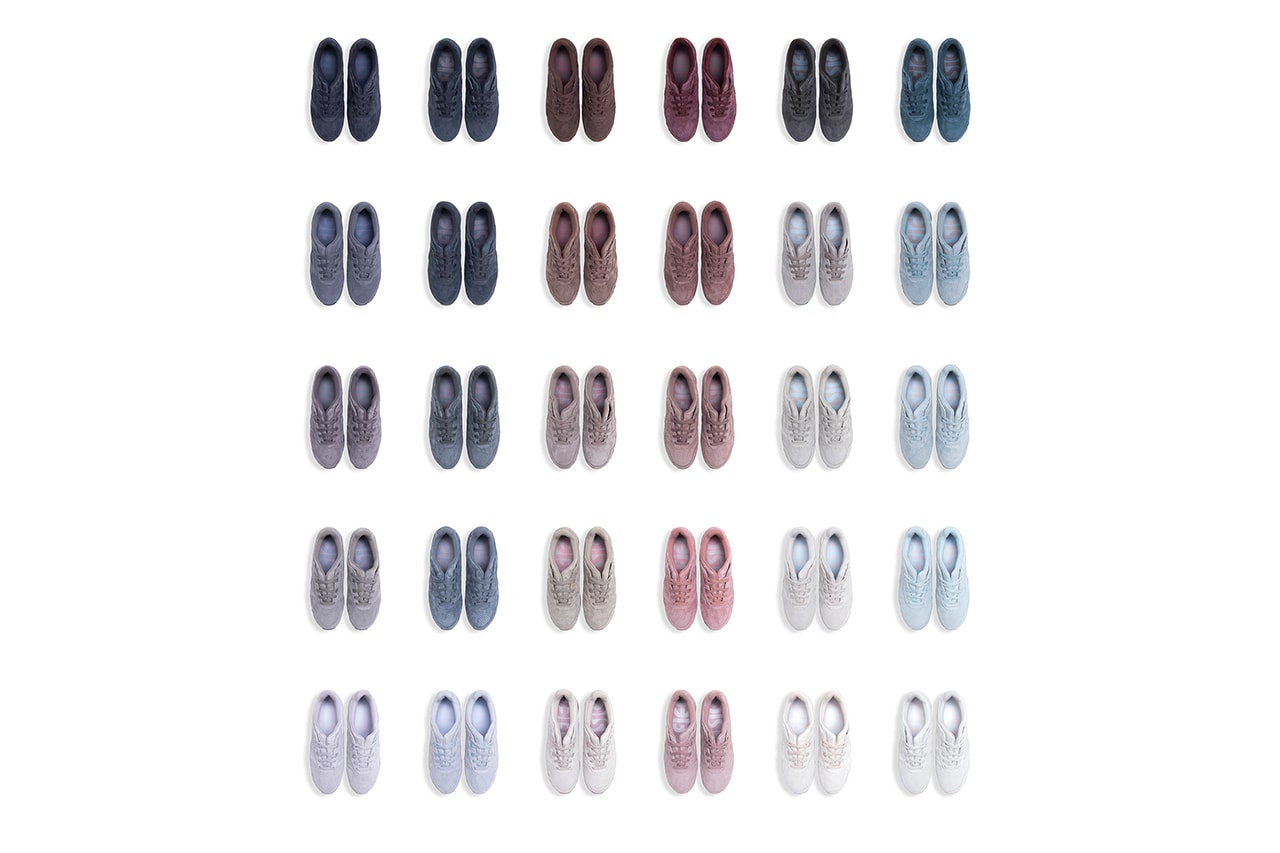 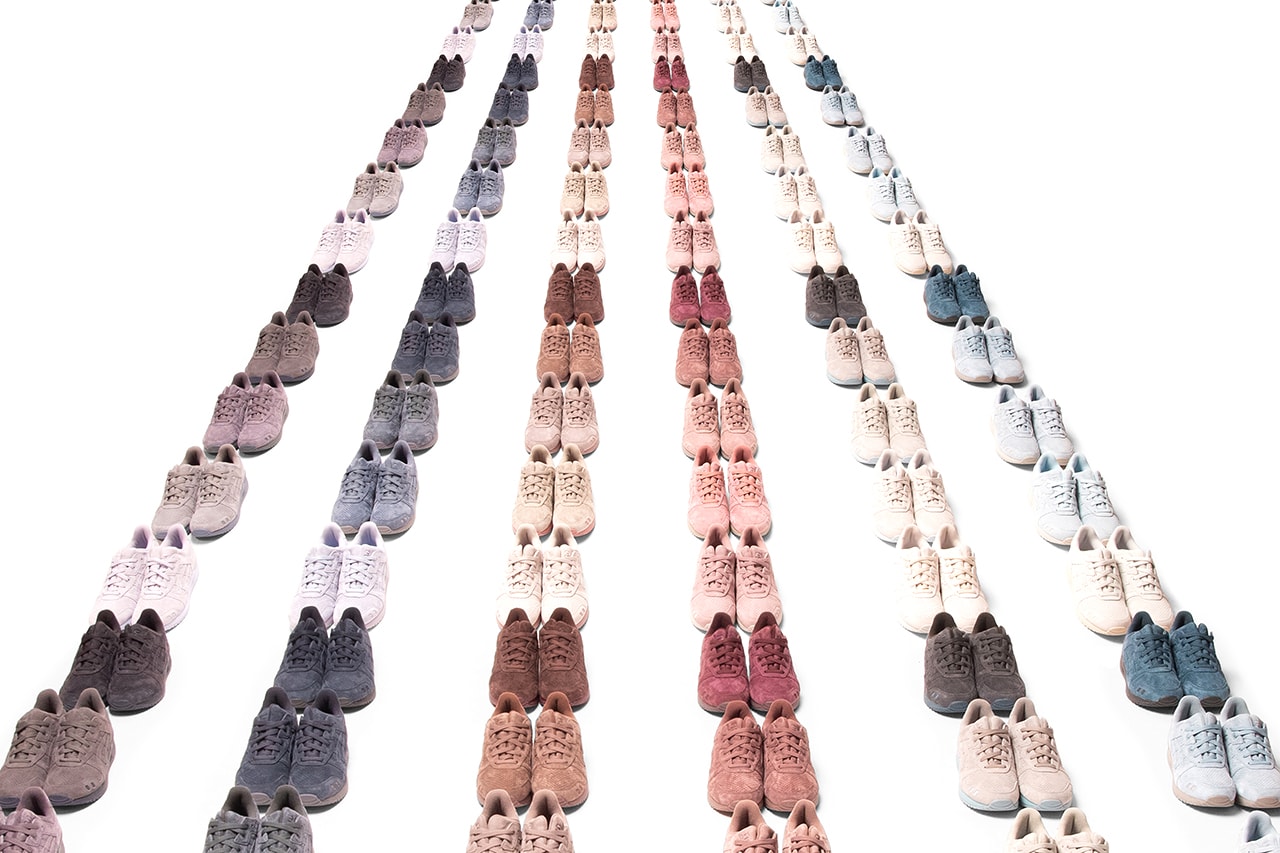 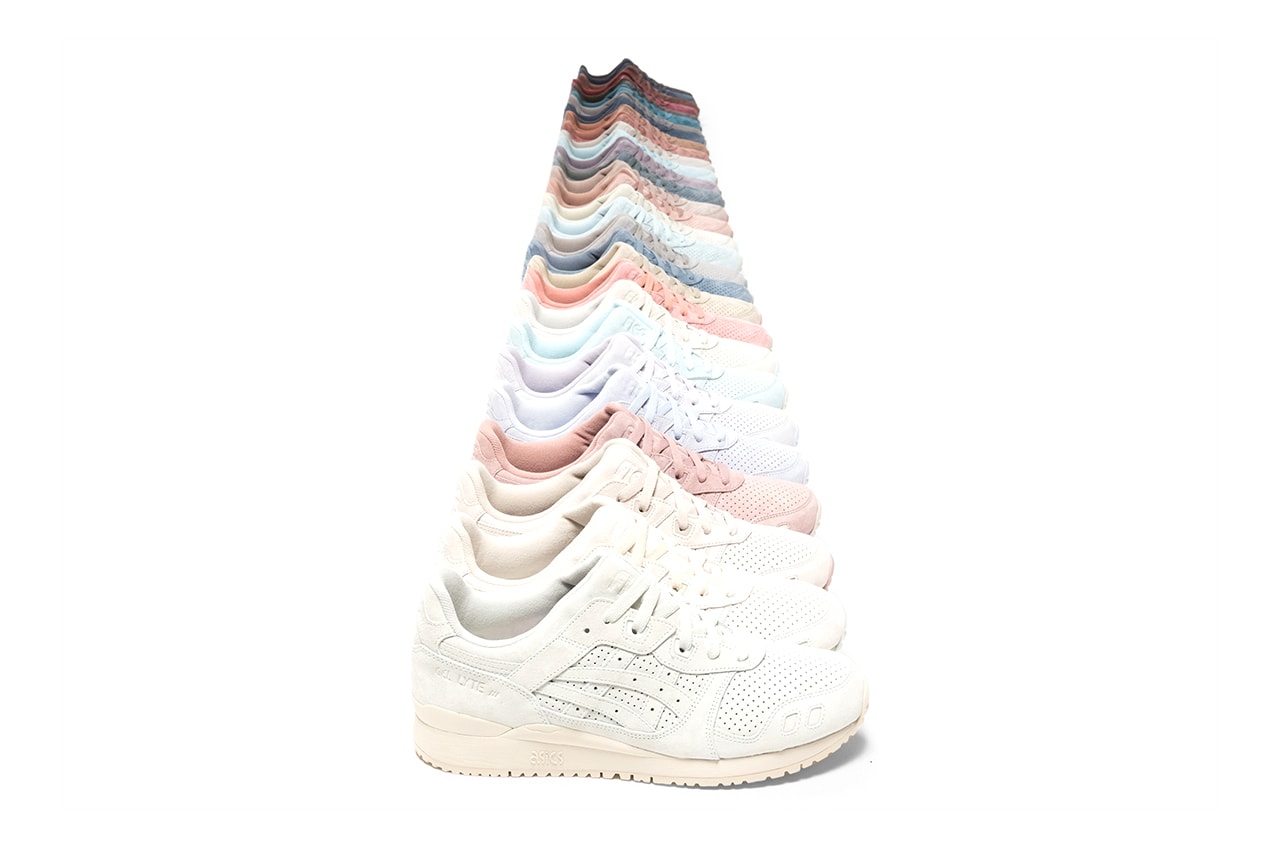