Many a sneaker aficionado will tell you that there’s nothing quite like a pair of Nike‘s white-on-white Air Force 1 Lows. Apart from being the Swoosh’s quintessential basketball-turned-casual sneaker, white Air Force 1s — especially the low-cut versions — have long been an apt canvas for customization, and now Nike Sportswear is leaning into that DIY ethos with a new model dubbed the Air Force 1/1.

Though it may appear to be a simple white AF1 with black seams at first glance, the 1/1 features a completely interchangeable upper. The black lines are not seams: they’re the Velcro base layer that holds each piece to the upper showing through. The 1/1 also comes with a full set of bright orange Swooshes, tongue badges, heel pieces and laces, enabling the wearer to ramp up the color fully, slightly or even put forth a mismatched look if they so choose. To enable this customizable build, a few differences from the standard Air Force 1 construction are necessitated, namely Swooshes that stop towards the collar instead of rising into the heel piece and a textured patch atop the nylon tongue. Simple white midsoles and outsoles round off the look.

The Nike Air Force 1/1 is available in select sizes at retailers like Lust Mexico now. It’s also set to release via Nike SNKRS Japan on December 18, and will likely arrive in the US later in December as well. The MSRP is set at $2,899 MXN (approximately $147 USD). 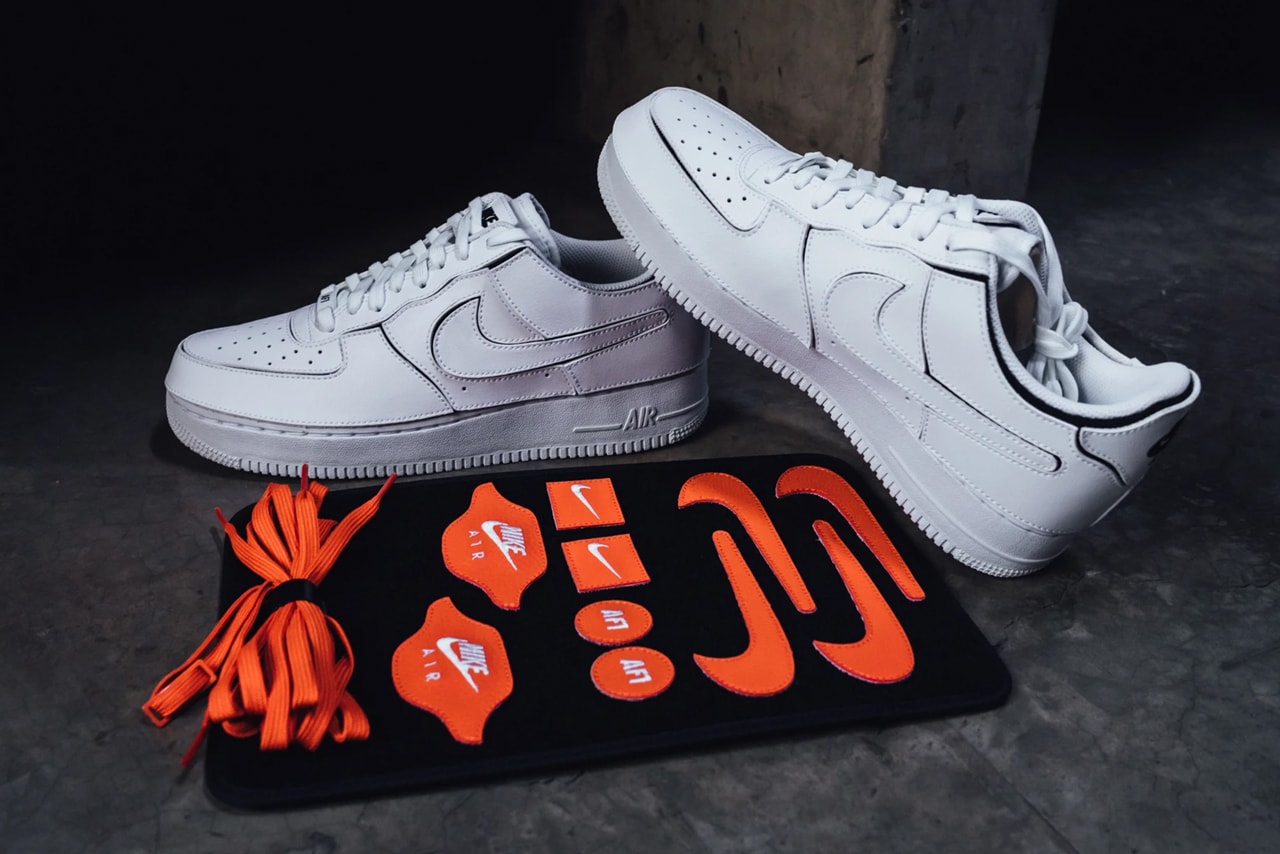 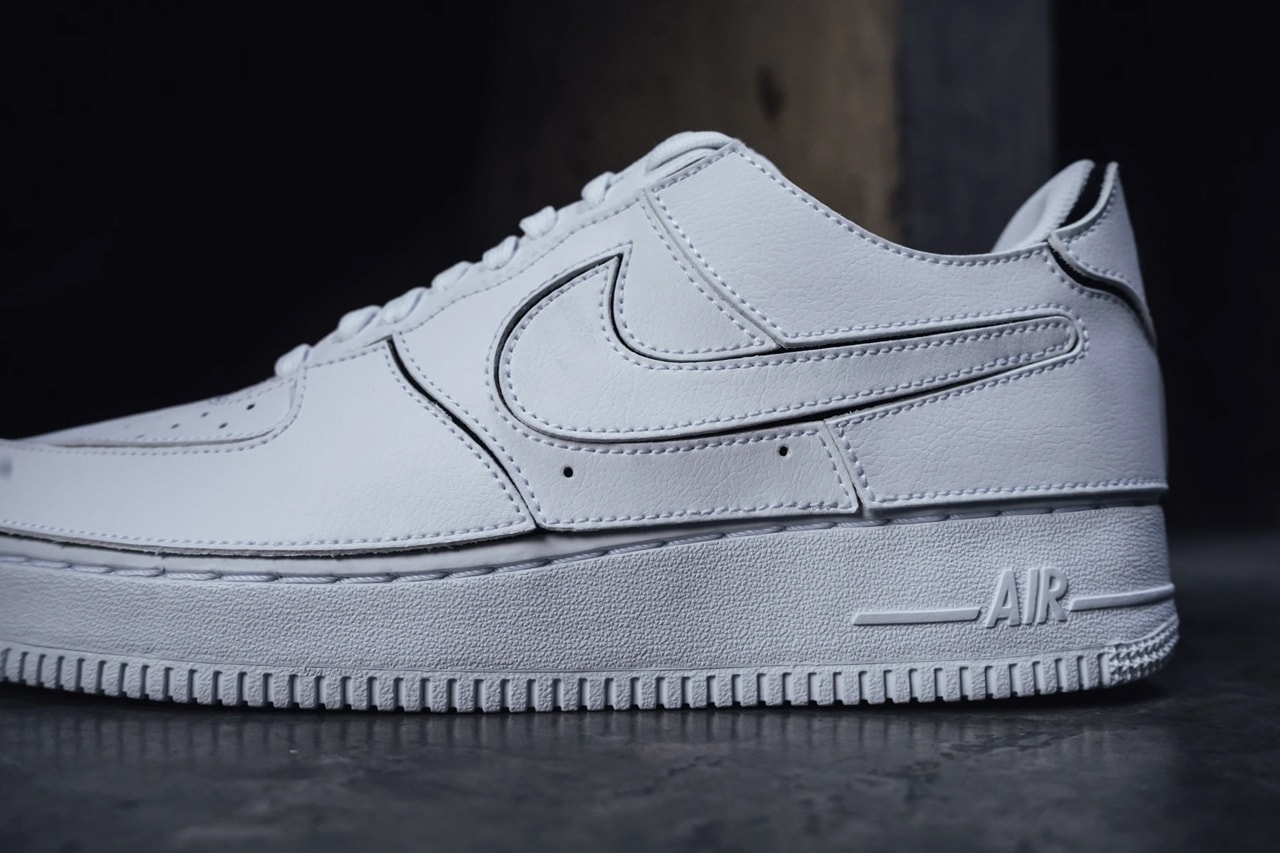 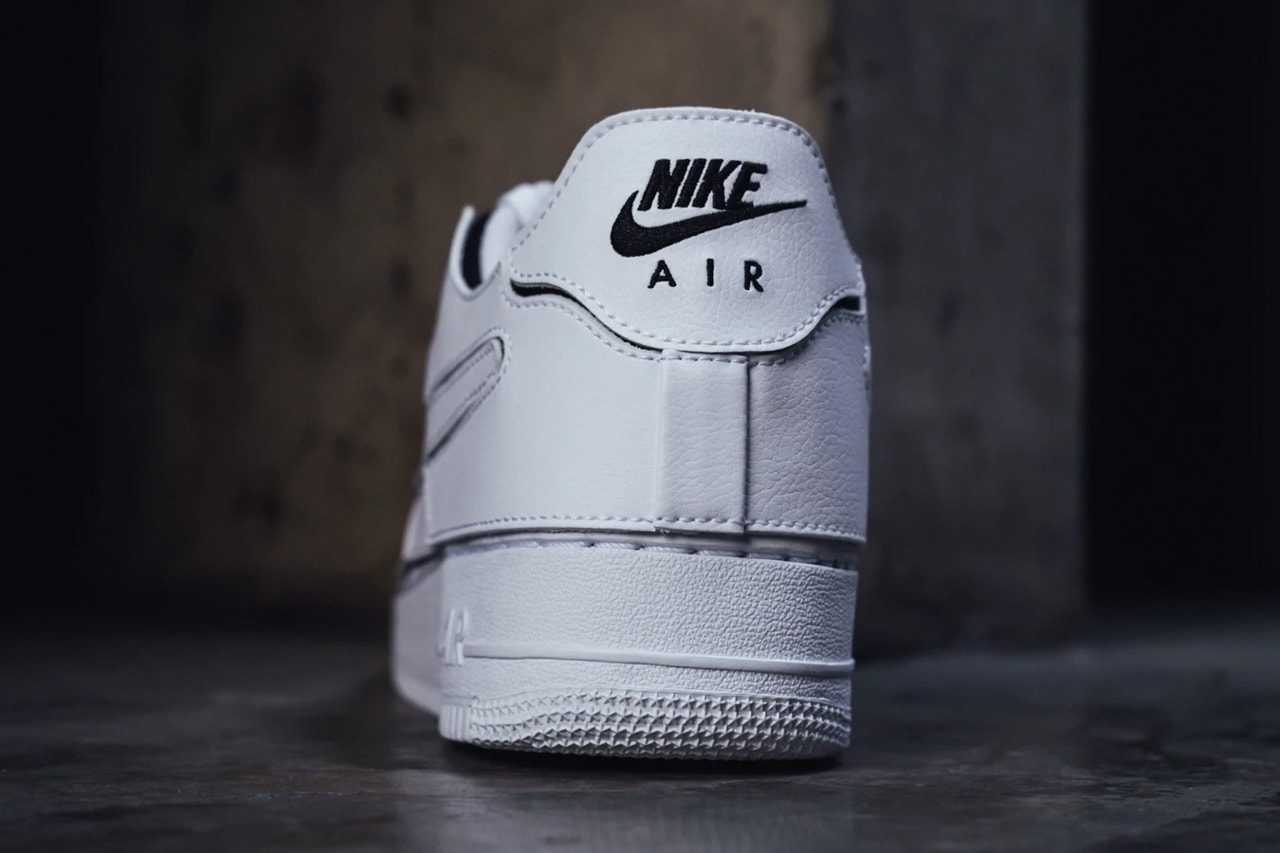