Nike (NYSE:NKE -3.77%) may have debuted the now-iconic Dunk in 1985, but it enjoyed an immense resurgence in 2020 — a resurgence with momentum that’s carried into 2021. Now, Nike Sportswear is set to keep the ball rolling with a boisterous Dunk Low “Flip The Old School,” a wild style that’s a modified, modern-day tribute to the Dunk High “City Attack” pack from 1999.

The right shoe offers a straightforward mixture of white and purple, with its main detail provided by ostrich leather overlays. The left shoe, however, almost completely inverses the look of its counterpart. White and purple tones swap places, with Swooshes turned upside down to drive the inspiration home even further. Besides these flipped Swooshes, the branding on the tongue and heel tab has been reversed as well. A semblance of similarity is provided by the return of the aforementioned ostrich leather on the overlays plus matching white and purple midsoles/outsoles.

Just like the recent Air Force 1 “Keep ‘Em Fresh,” the “Flip the Old School” also comes covered in tissue paper, a shell that here features original illustrations of a Dunk-wearing crew plus “Flip the Old School” printed on the lateral heel. Though this finite paper may be removed before wear if the wearer choses, its graphic also appears in a much more permanent fashion on the insoles.

An official release date and pricing information for the Nike Dunk Low “Flip the Old School” has yet to be revealed. However, it may arrive alongside the aforementioned Air Force 1 “Keep ‘Em Fresh” sometime this spring. 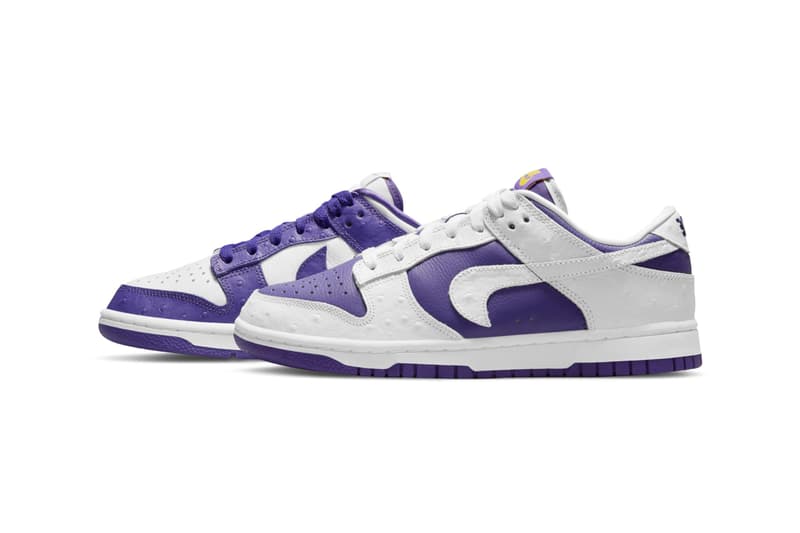 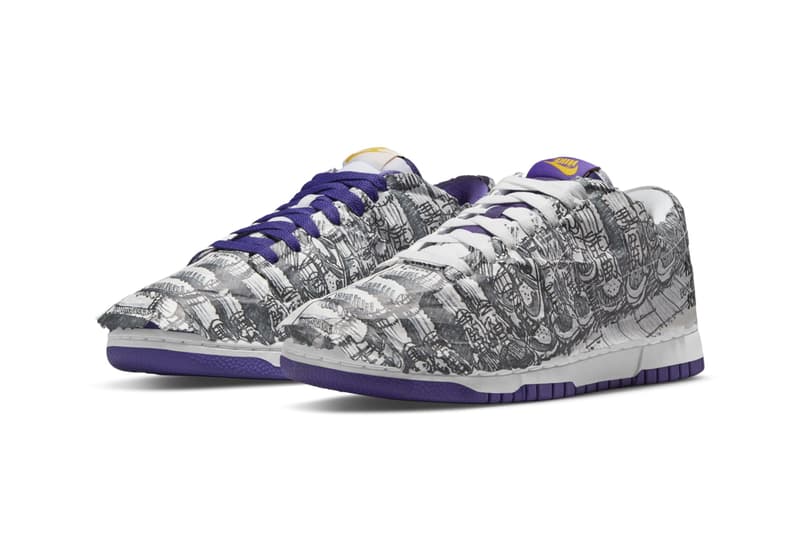 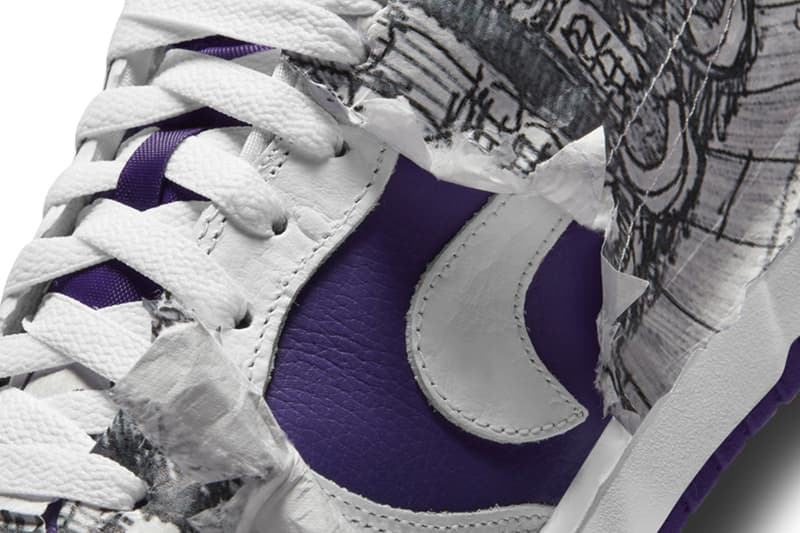