When Lionel Messi was announced as Paris Saint-Germain’s newest player, fans, the media, and the entire footballing world went mad. People waited in lines rivaling those of the good old sneaker camp-out days to buy the Argentine’s jersey outside the official PSG store in Paris. Stock reportedly sold out in record time on the club’s online store.

Take a quick browse on Twitter, and you’ll see astronomical figures being shared. Some say that PSG sold 250,000 Messi jerseys in an hour on their official site. Other football news sites claim that the 150,000 jerseys sold in seven minutes. The wildest figure of all, however, is that PSG sold over 830,000 jerseys in the first 24 hours after Messi’s signing was announced.

To put that into context, when Cristiano Ronaldo moved to Juventus in 2018, it was reported that the Old Lady moved 520,000 jerseys in the first 24 hours. Back then, Ronaldo’s record blitzed Neymar’s 10,000 jersey sales when the Brazilian moved from Barcelona to PSG the summer prior. Now it seems that Messi’s figures wallop those of his Portuguese arch-rival.

Neither Ronaldo’s nor Messi’s reported units shifted are verifiable. With so many numbers floating around for Messi’s shirt sales — and the fact that his transfer was a surprise to everyone involved — it’s highly likely that the figure is somewhat lower than what is being reported.

But if you’re assuming Messi’s real numbers are lower than the reported figures, then you’d have to assume the same for Ronaldo’s from three years ago. However you spin it, both players definitely sold a lot of jerseys in their first few days at their new clubs. Considering the magnitude of Messi’s transfer, it’s not hard to believe that he really did sell more shirts now than Ronaldo did in 2018, but there’s no way to verify that.

The 830,000 sales figure, initially reported by Marca, would mean that around $105 million in revenue was brought in from shirt sales alone. This prompted a lot of (uninformed) people to claim that Messi’s shirt sales would pay for his salary of around $41 million a year. PSG, like most clubs, only receives a certain (small) percentage of sales in royalties from Nike, thought to be between 5 to 10 percent.

This means that the actual income from those shirt sales — if over 800,000 were sold — is probably less than one-tenth of the reported figure. Not enough to pay for Messi’s wages, but still very nice pocket change and one of the perks of having arguably the best footballer of all time on your team.

As Highsnobiety reported earlier, Messi’s departure is estimated to leave a $160 million hole in Barcelona’s brand value. It makes total sense that the player’s marketability and his value on and off the pitch will benefit his new employer going forward. Shirt sales, of course, are part of that. 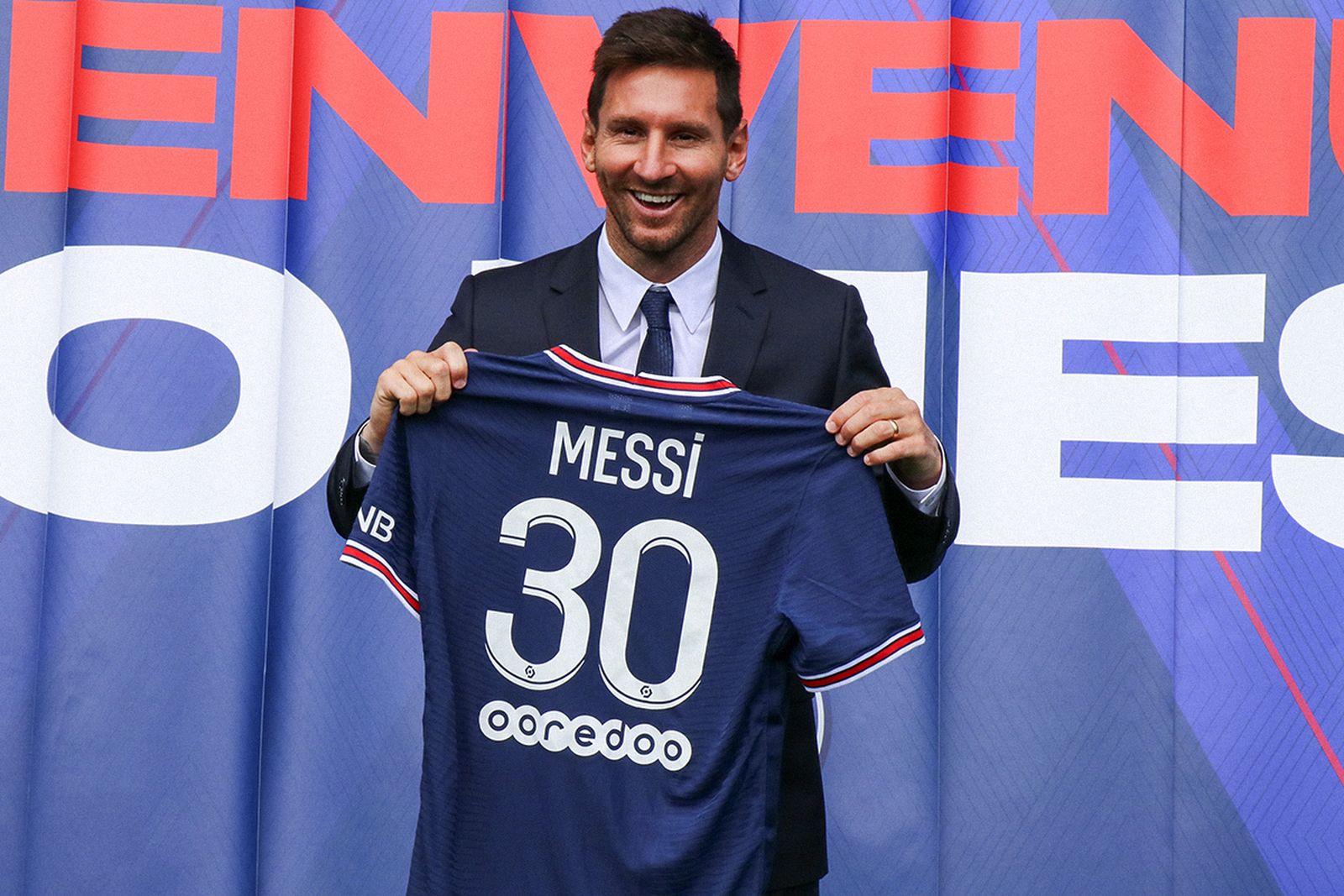