Apple Files Patents for Its Own Gaming Controllers

Apple appears to be designing its very own gaming controllers. According to new reports from Patently Apple, the tech giant has now filed several patents revolving around gaming controller designs to be used for both its iPhone and iPad ranges. The patents feature a multitude of designs ranging from a two-piece design that resembles the Nintendo Switch‘s Joy-Cons to a flat, rectangular device that almost looks like an NES controller with four buttons instead of two on the right side.

In a patent that came afterward, a third controller was also featured with thumbsticks, reminiscent of a PlayStation controller with two joysticks placed in the center and an accompanying D-pad and action buttons on either side and hand grips extending down.

While the former two are expected to work with Apple’s mobile devices, the latter seems to be able to connect with bigger machines such as its Mac line. As usual, the patents indicate that the technology is still at its early stages of development and there’s a chance Apple will never release them to consumers, so those interested should stay tuned for more updates to come. 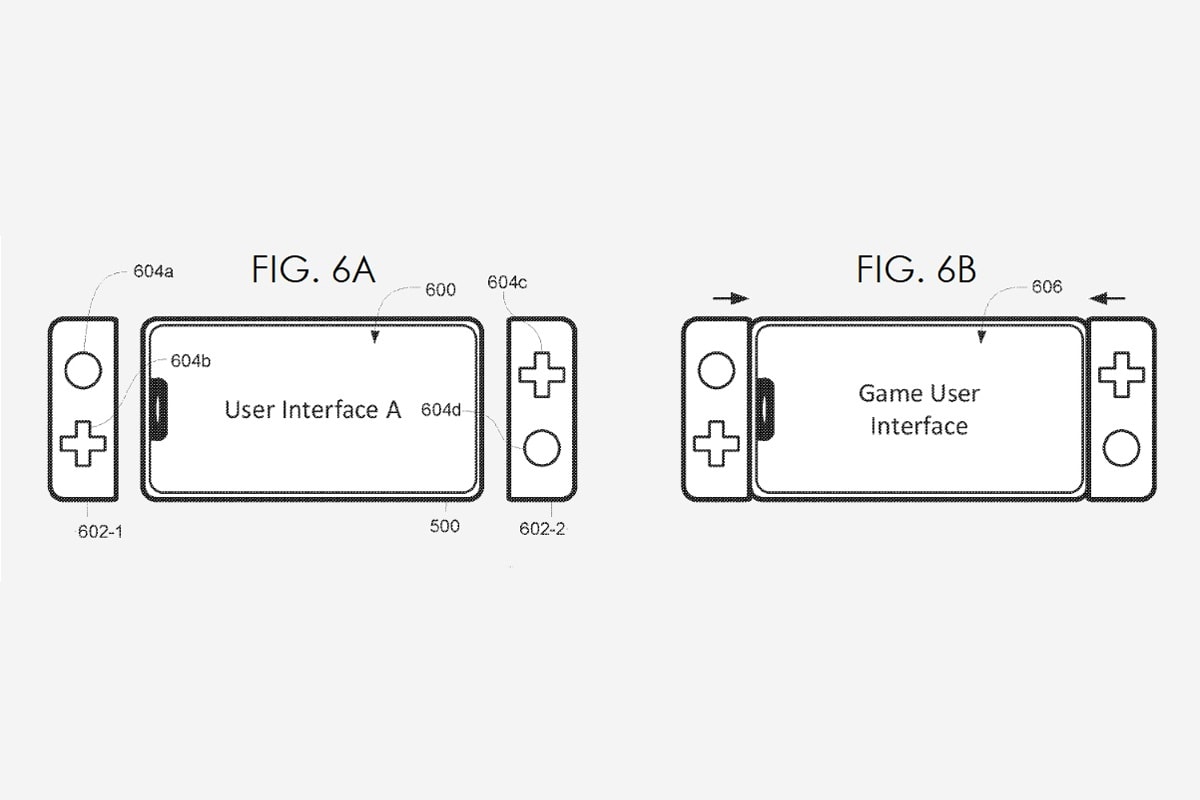