Key Features: The black and white AMBUSH x Nike Dunk High features a leather upper, with Swoosh branding on the side that extends out beyond the heel. The sneaker also has a perforated toe box and a co-branded tongue tag.

Editor’s Notes: After sharing official product shots, Nike has confirmed a December 11 release date for Yoon Ahn's AMBUSH x Nike Dunk High. The black and white pair is rumored to be complemented by a pink colorway, although Nike has yet to confirm the latter.

“I thought, 'how can I make the shoes almost look like this moving thing?,’” Yoon said.

The collaborative Dunk is dropping alongside a range of AMBUSH x Nike Los Angeles Lakers and Brooklyn Nets apparel. For this portion, Ahn has transformed the iconic tearaway basketball warm-up into an insulated trouser with a double waist band. The pants are joined by matching jackets, all of which have been designed specifically for women.

“I thought of all these amazing and strong female characters from the ’90s who would come out in men’s clothes, and I wanted to see how we could carry that attitude, but bring in more feminine forms,” Ahn added. 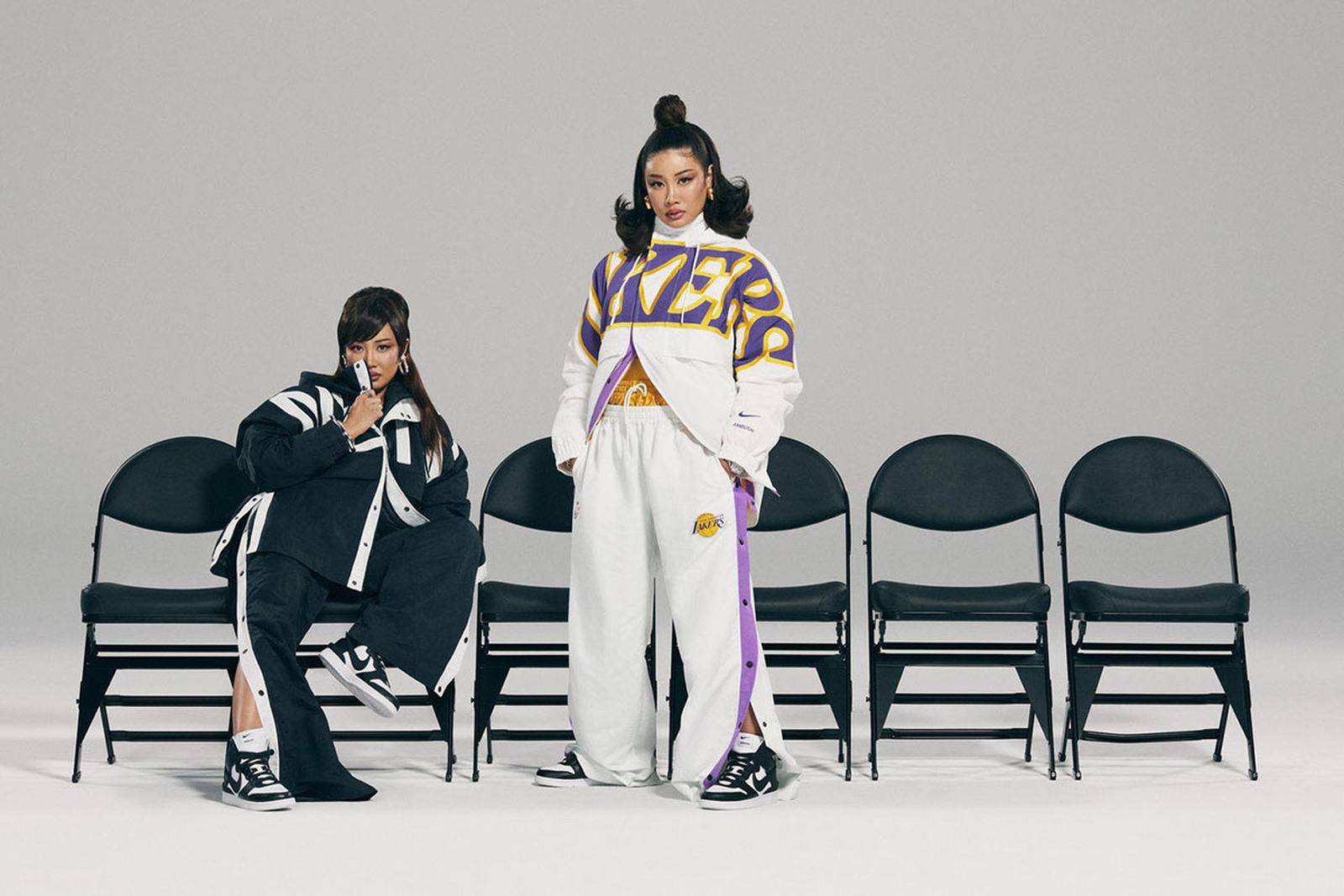 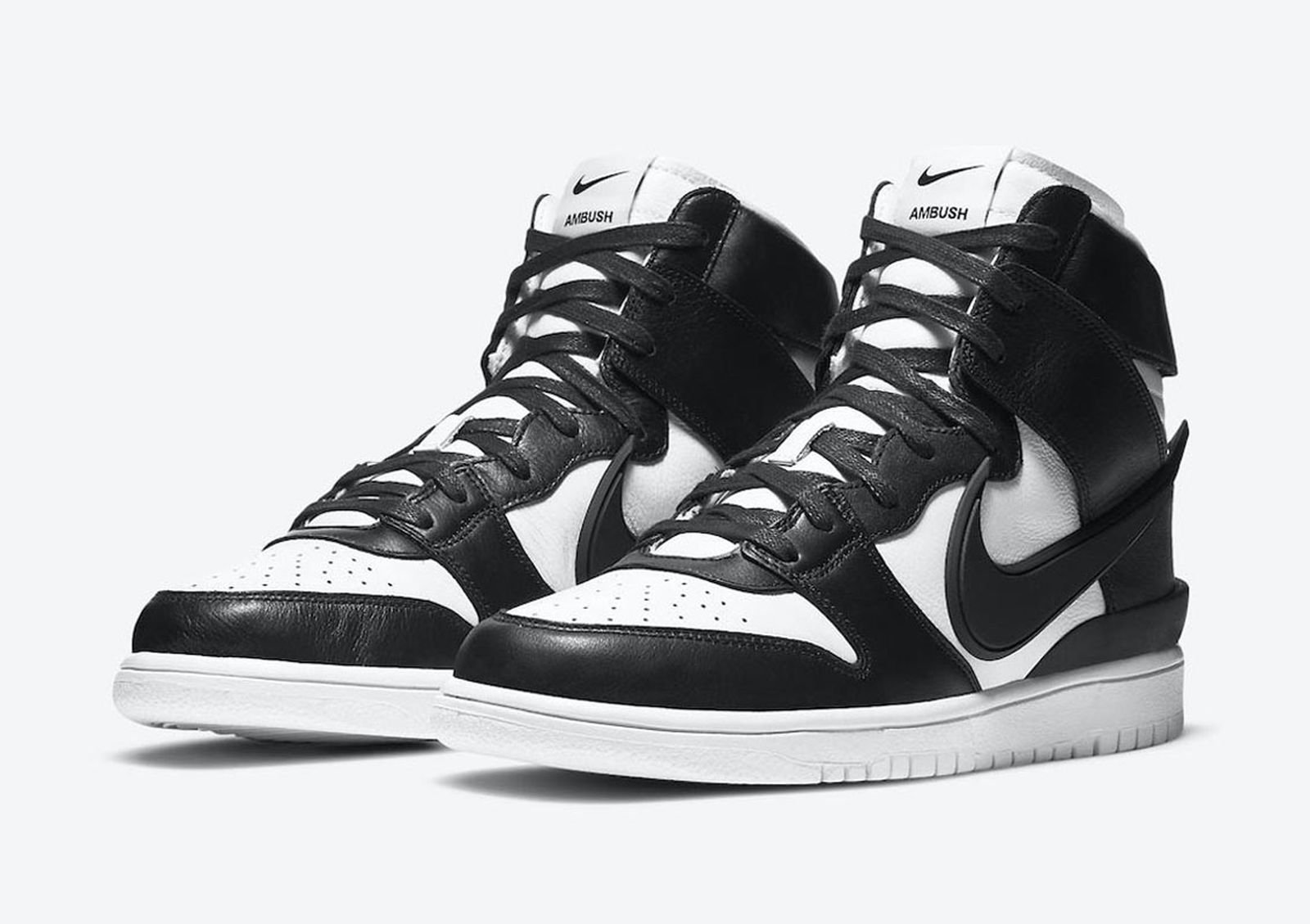