Just hours after Nike officially unveiled its Jordan Brand AJ1 High OG collaboration with Dior, we now take a closer look at the shoe in question. Shown in Miami as part of the Dior Pre-Fall 2020 collection show, the Dior AJ1 High OG takes the classic 1985 silhouette and brings it to new heights with the world of French haute couture.

Just in time for the AJ1’s 35th anniversary, the sneaker utilizes Dior’s expertise in leather goods and blends them with Nike’s sportswear aesthetics for a familiar look made with the highest level of quality and detail. The uppers feature one of Dior’s first shades (“Dior Grey,” an homage to the sky above Christian Dior’s childhood home) from 1947 painted across a number of panels, a remixed Dior Jumpman “Wings” logo, a co-branded “AIR DIOR” tongue tag, and a Nike Swoosh made from Dior’s Oblique motif.

“I love mixing together different worlds, different ideas – Jordan Brand and Dior are both emblematic of absolute excellence in their fields. To bring them together in this special collaboration is to propose something exciting and truly new,” states Kim Jones, Artistic Director of Dior men’s collections.

The Italian-made sneaker is finished with Dior debossed aglets, a tonal Dior Oblique pattern throughout the padded tongue, a Dior Oblique loser-etched insole, and icy-blue transparent outsoles that see both brands’ names on alternate sides. Set to be sold exclusively at Dior stores, this collaboration is slated to launch globally in April 2020. The high-top sneakers will be limited to a mere 8,500 pairs, a nod to the year the Jordan 1 first appeared, 1985. Meanwhile, an ultra-rare low-top iteration will launch in a tiny edition of 4,700 in homage to the year that Christian Dior debuted his legendary New Look, 1947. 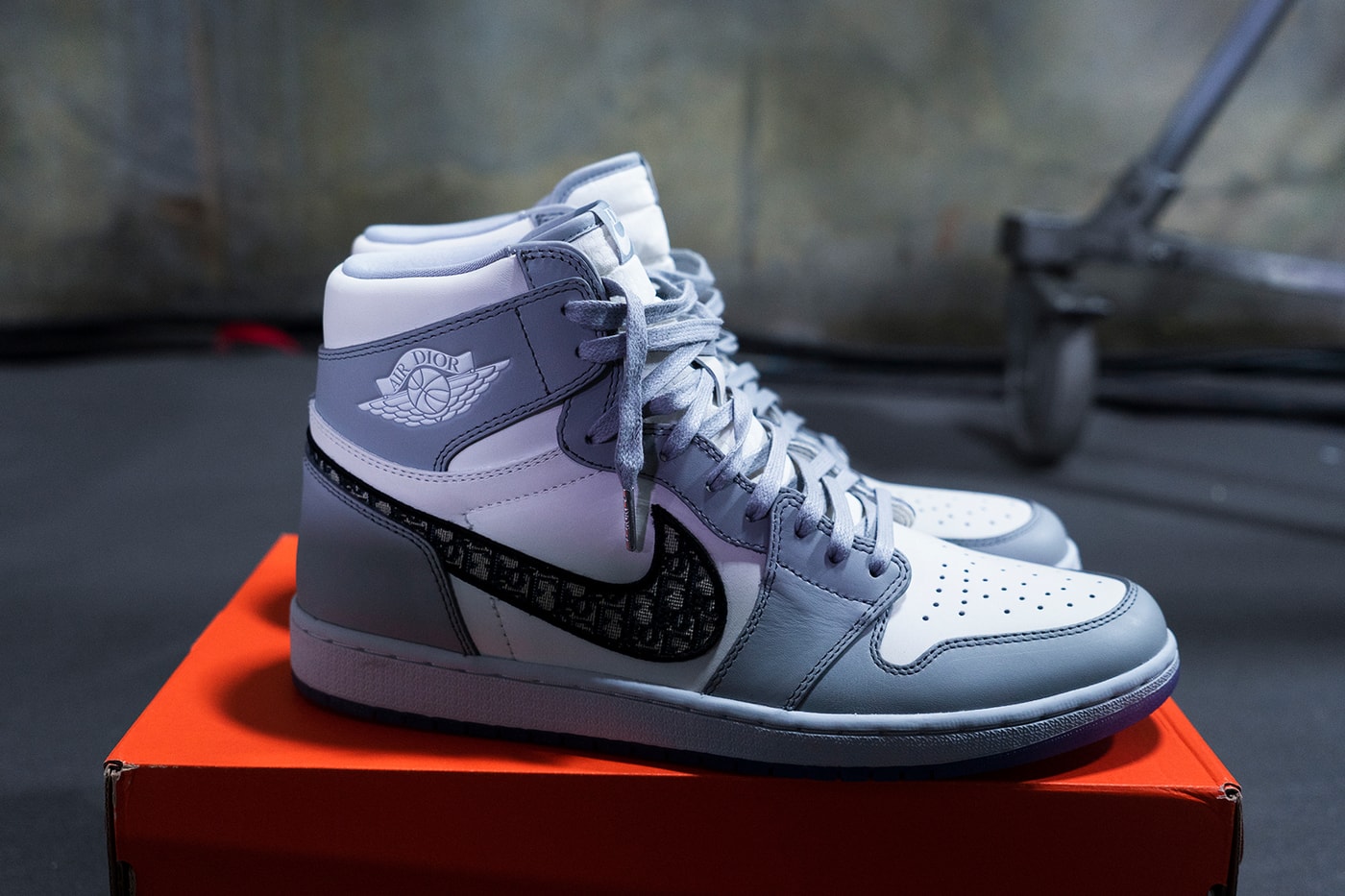 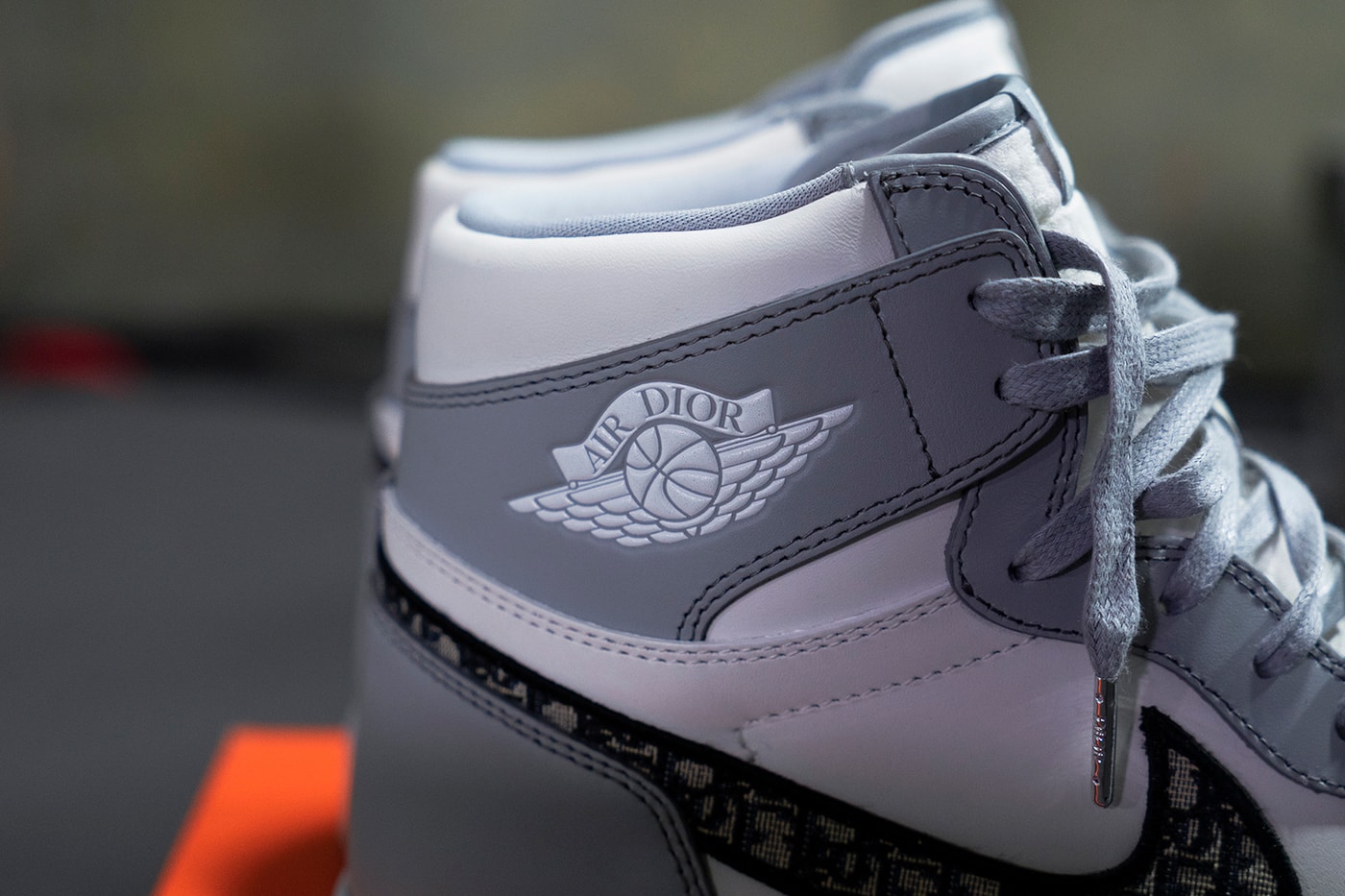 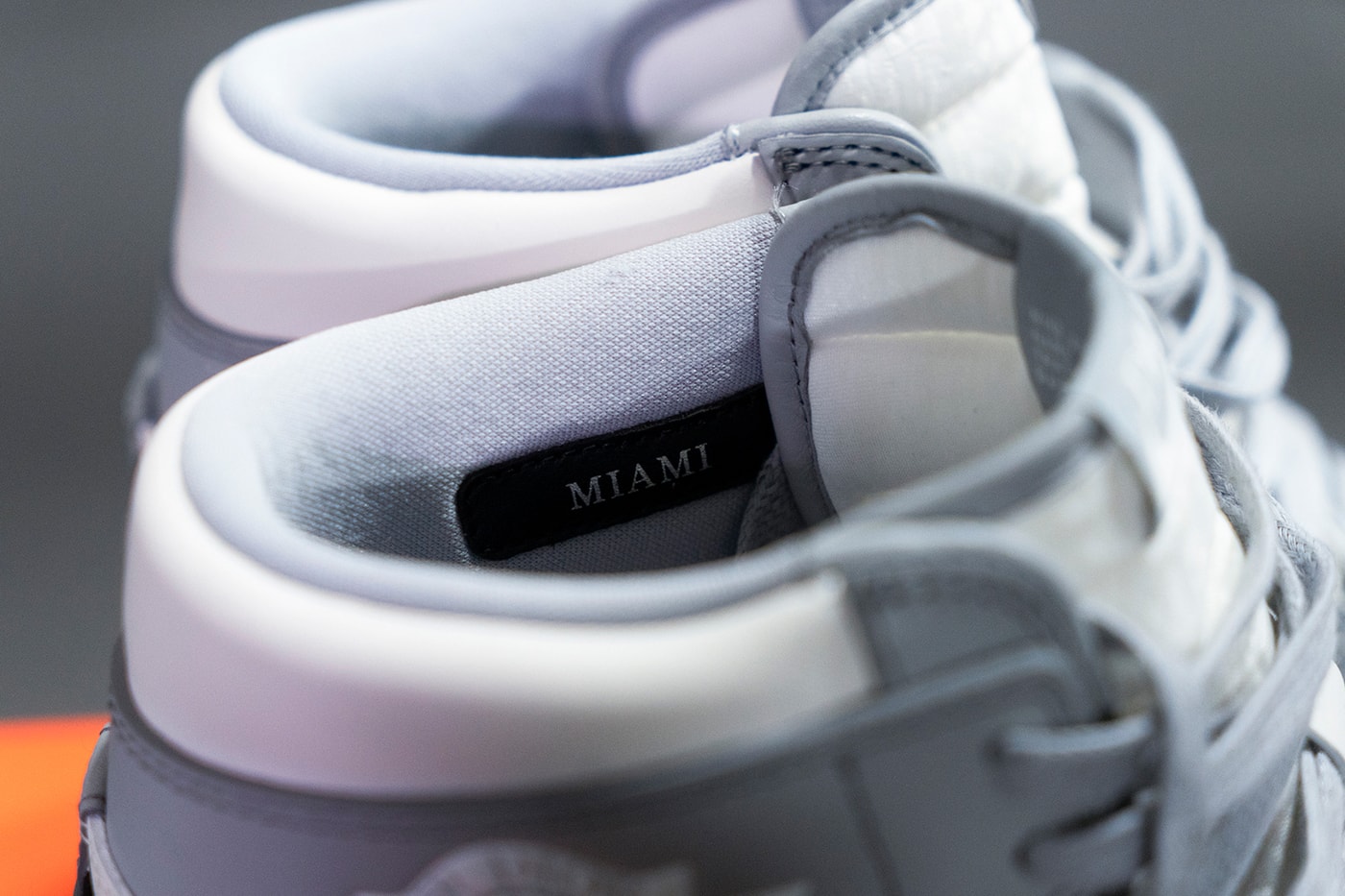 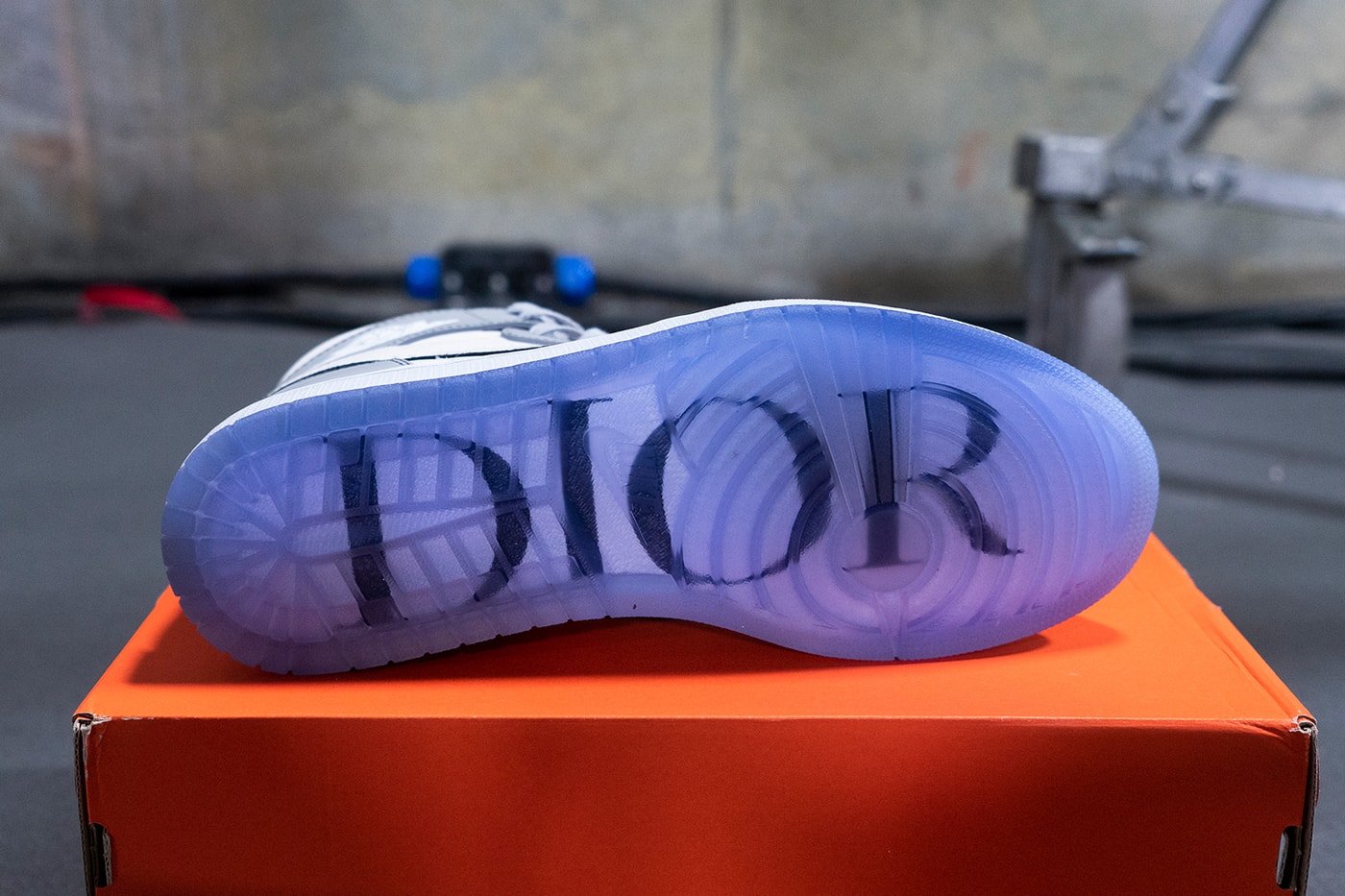 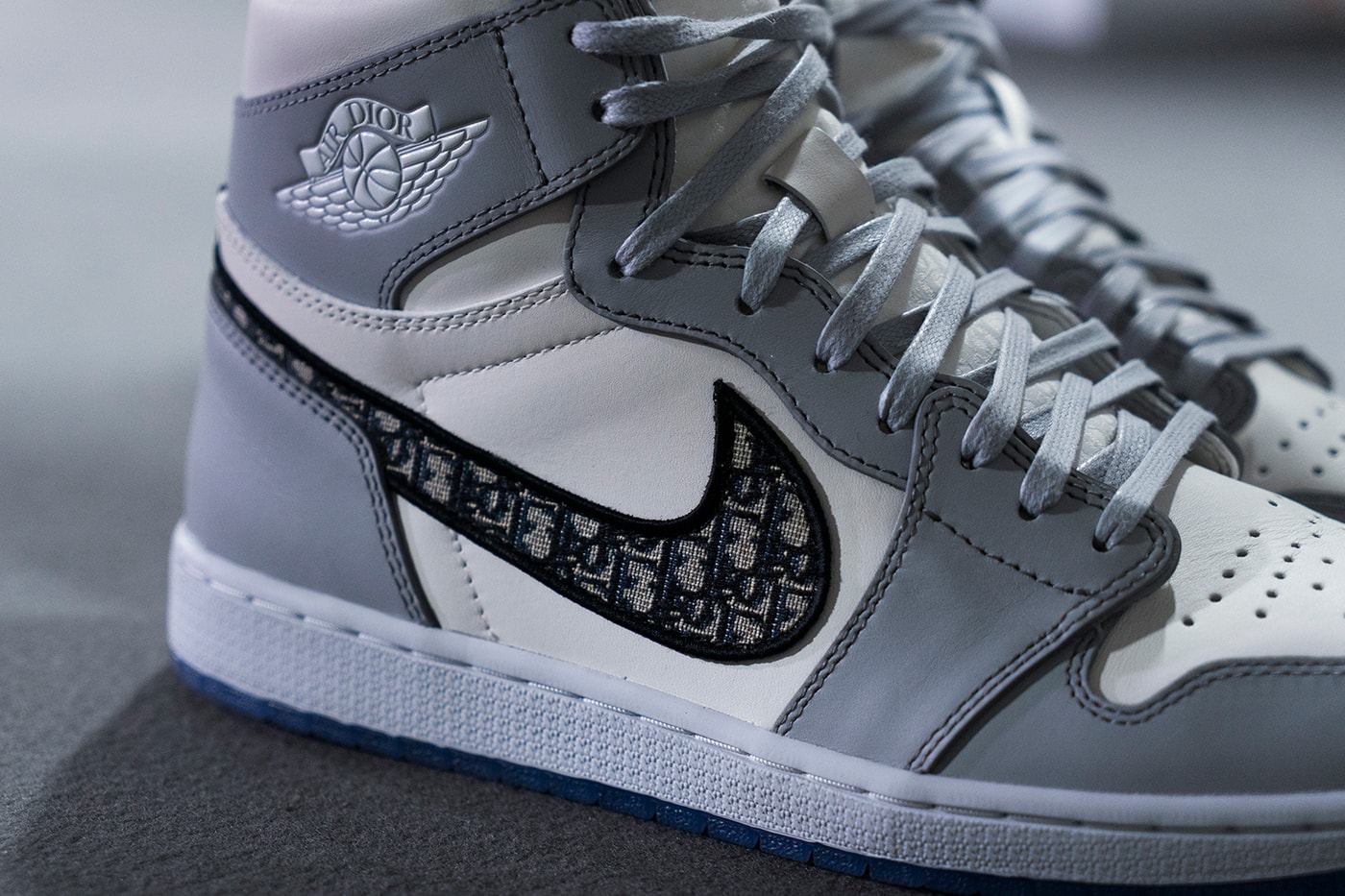