This Kanye West-Designed Pastelle Varsity Jacket Could Be Yours for $10,000 USD

Before Kanye West‘s YEEZY and his various endeavors with Balenciaga, GAP, adidas, and Nike was Pastelle, a streetwear brand that never really came to fruition. Anything that did release through a rudimentary website was available in incredibly limited numbers to a near non-existent level, while most of what was or is available today is a sample. Pastelle pieces are considered grails among the streetwear and wider fashion community, let alone for any self-confessed Kanye fan. Now, arguably the most iconic piece from Pastelle has come up for sale courtesy of the famed consigner Justin Reed, who’s currently in possession of the Pastelle varsity jacket.

Back in 2008, Pastelle had lots of potential. Virgil Abloh, Don C, Willo Perron and Matt George were at the helm alongside West, who then recruited Kim Jones as a consultant, Emma Hedlund and Saif Baker (now best known for CMMN SWDN) as designers, Ben Baller to handle accessories, Retrosuperfuture for eyewear, KAWS for a bespoke logo and BAPE to help with distribution. Together, they’d scour LA’s Rose Bowl Flea Market and thrift stores for vintage clothing, and rumor has it that one leather troupe jacket actually inspired the varsity that you see above.

Worn by Kanye West during his 2008 American Music Awards performance, the Pastelle varsity jacket comes in an unmissable and inimitable palette of blue, yellow and red, sectioned off in the traditional varsity way with its yellow branding adorning the rear of the jacket.

Justin Reed’s example — which is one of a handful at best — is in a “Pre-owned, very gently worn” condition and a size medium. Rib-knit cuffs, faux leather paneling, branded appliqués and more complete the piece.

Take a look at the example above, and head to Justin Reed’s website now to cop the rare Pastelle varsity jacket, which is listed for $10,000 USD. 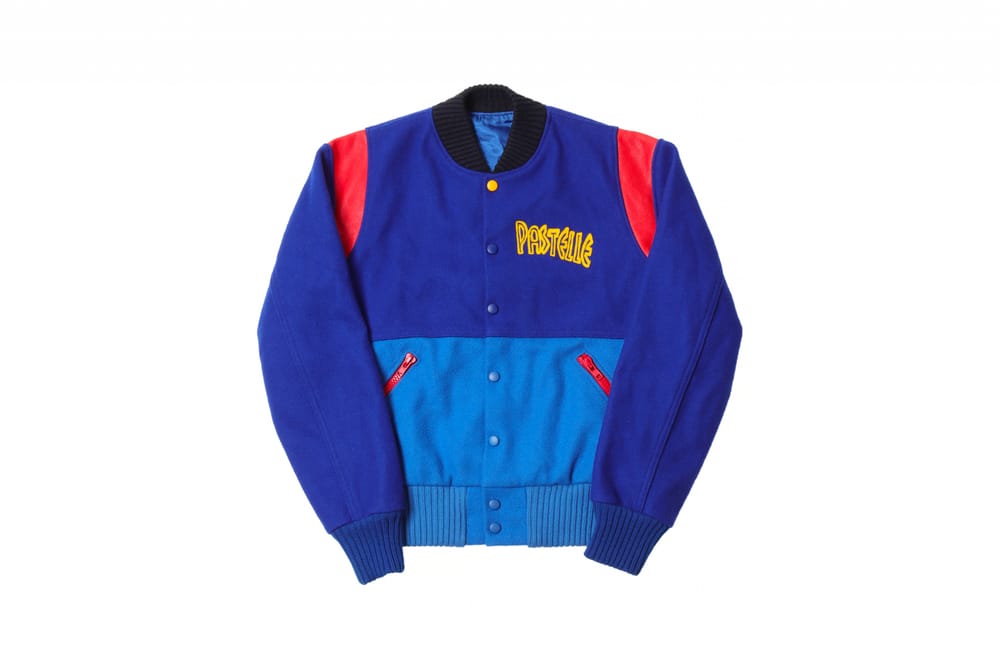 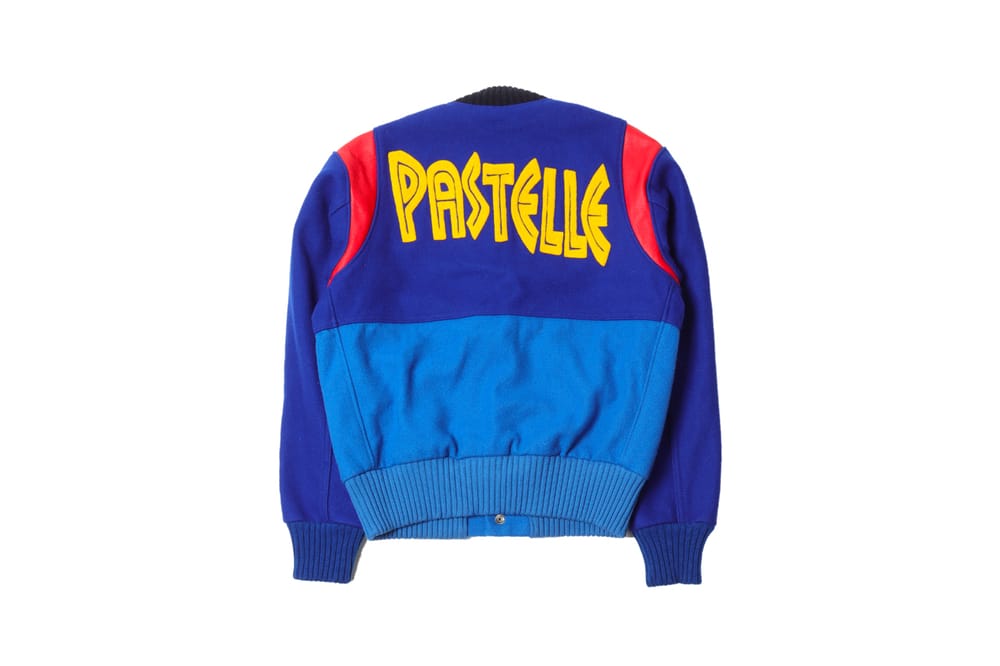 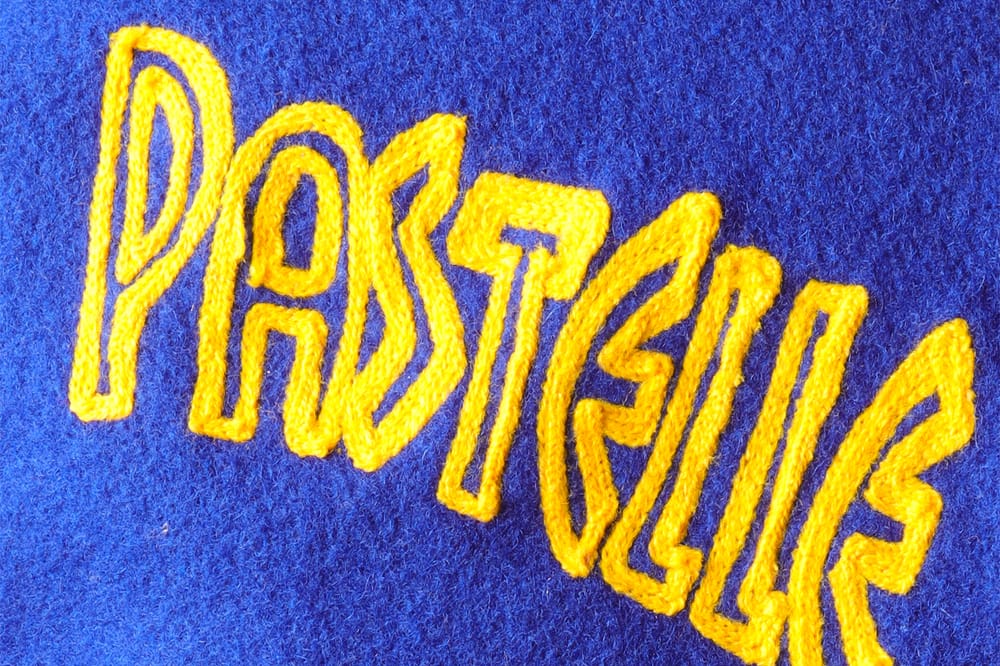 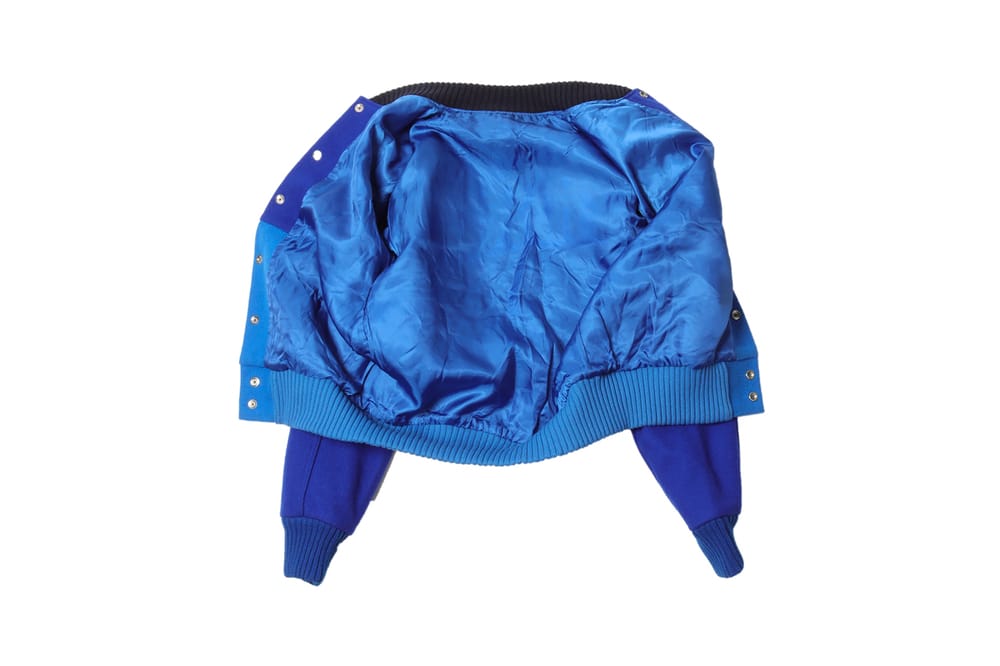