According to WWD on Instagram, the Victoria’s Secret Fashion Show for 2019 has officially been canceled. Stuart B. Burgdoerfer, chief financial officer and executive vice president of parent company L Brands states “We think it’s important to evolve the marketing of Victoria’s Secret” as a response.

ORIGINAL STORY (July 30, 2019): Due to declining viewership, the annual Victoria’s Secretfashion show was already getting the axe from network television. Now, reports indicated that the event may be gone for good, at least this year, as revealed by model Shanina Shaik.

As reported by the Daily Mail, the 28-year-old Australian model, who appeared in several Victoria’s Secret runway shows from 2011 – 2018, told The Daily Telegraph that the show may have been canceled for 2019. “Unfortunately the Victoria’s Secret show won’t be happening this year,” she said. “It’s something I’m not used to because every year around this time I’m training like an angel. But I’m sure in the future something will happen, which I’m pretty sure about. I’m sure they’re trying to work on branding and new ways to do the show because it’s the best show in the world.”

This news, which has yet to be confirmed by Victoria’s Secret itself, follows the late 2018 controversy sparked by the company’s CMO Ed Razek during an interview with Vogue in which he “not only used an outdated word to describe the transgender community, but also seemed to suggest that a transgender model couldn’t be a part of the Victoria’s Secret ‘fantasy,’” per ELLE. Furthermore, the shows may be a significant financial strain to Victoria’s Secret — The New York Times cited costs of approximately $20 million USD for 2016’s presentation — though president and CEO Sharon Turny asserted in 2015 that they “pay for [themselves] several times over.”

Again, Victoria’s Secret has not affirmed that its 2019 fashion show actually is canceled, but Shaina’s statements and the lack of support from network television would suggest a big shift, to say the least. For now, relive the 2018 fashion show below. 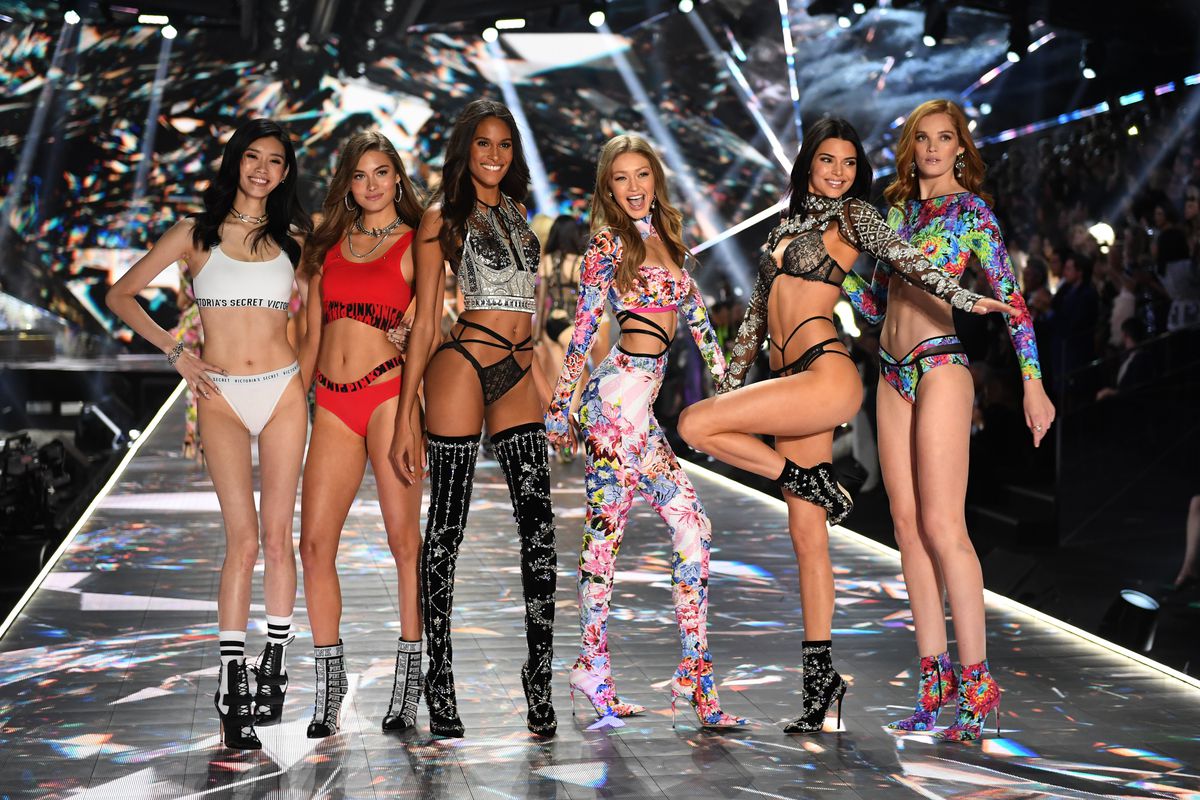 No “angels" this Christmas. ⁣⁣ ⁣⁣ Victoria’s Secret’s Angels won’t be strutting their stuff down the catwalk this year. After much speculation, company executives broke their silence and confirmed that this year’s show has been canceled. ⁣⁣ ⁣⁣ “We think it’s important to evolve the marketing of Victoria’s Secret,” Stuart B. Burgdoerfer, chief financial officer and executive vice president of L Brands, parent company to Victoria’s Secret, said on Thursday morning’s conference call with analysts.⁣⁣ ⁣⁣ Tap the link in bio for more. ⁣⁣ ⁣⁣ Report: @kellieautumn ⁣⁣ ⁣ —⁣ #wwdfashion⁣ #victoriassecret⁣ #vsfashionshow