The moment has finally arrived. Mercedes-Benz is pushing hard towards electrification and its iconic G-Class is no exception. The vehicle you see here isn't the one you'll be able to buy in the future, but it's close. Mercedes calls this the Concept EQG – a near-production version of the forthcoming EQG and a vision of what an electrified G-Class will be like.

It certainly looks like a G-Class, and purists will be happy to know it should be just as rugged. A ladder frame still underpins the boxy body, riding on independent suspension in front with a solid axle at the rear. The greenhouse sits tall, the bulky spare tire carrier holds station at the back, door handles are prominent on the sides, and round headlights illuminate the way forward. Even at the quickest of glances, there's no mistaking this for a G-Class.

It's clearly a very different G-Class, however. Without an engine under the hood, the bold G-Class grille becomes an illuminated Black Panel Grille on the Concept EQG. Illuminated blue squares create a faux grille appearance, with the three-pointed star in the middle lit up in a 3D effect. A white border completes the grille facade, with more LED daytime lights circling the headlights.

You'll find even more LED illumination on the sides, incorporated into the Concept EQG's protective strips. The flat roof incorporates an LED light bar at the front and a third brake light at the back. 22-inch wheels with a late-1990s ambiance sit at the corners, and while the Concept EQG does have a rear spare tire carrier, you probably notice it's not shaped like a tire. In reality, it's an external storage box that pays homage to the traditional G-Class in appearance, but trades the tire for items such as charging cables.

Speaking of which, how does the Concept EQG put power to the ground? Mercedes isn't ready to share details like horsepower or range just yet, but we're told this concept uses four electric motors mounted close to the wheels. Each motor can operate independently to give the EQG "unique driving characteristics." The driveline also features a shiftable two-speed gearbox that basically gives you a crawler gear for tricky off-road situations.

Being a near-production concept, there will be some changes before the EQG becomes official. There is no timeframe for when that will happen, but when it does, Mercedes pledges it will pass the same tests and conquer the same terrain as all the previous internal-combustion G-Wagens that came before. 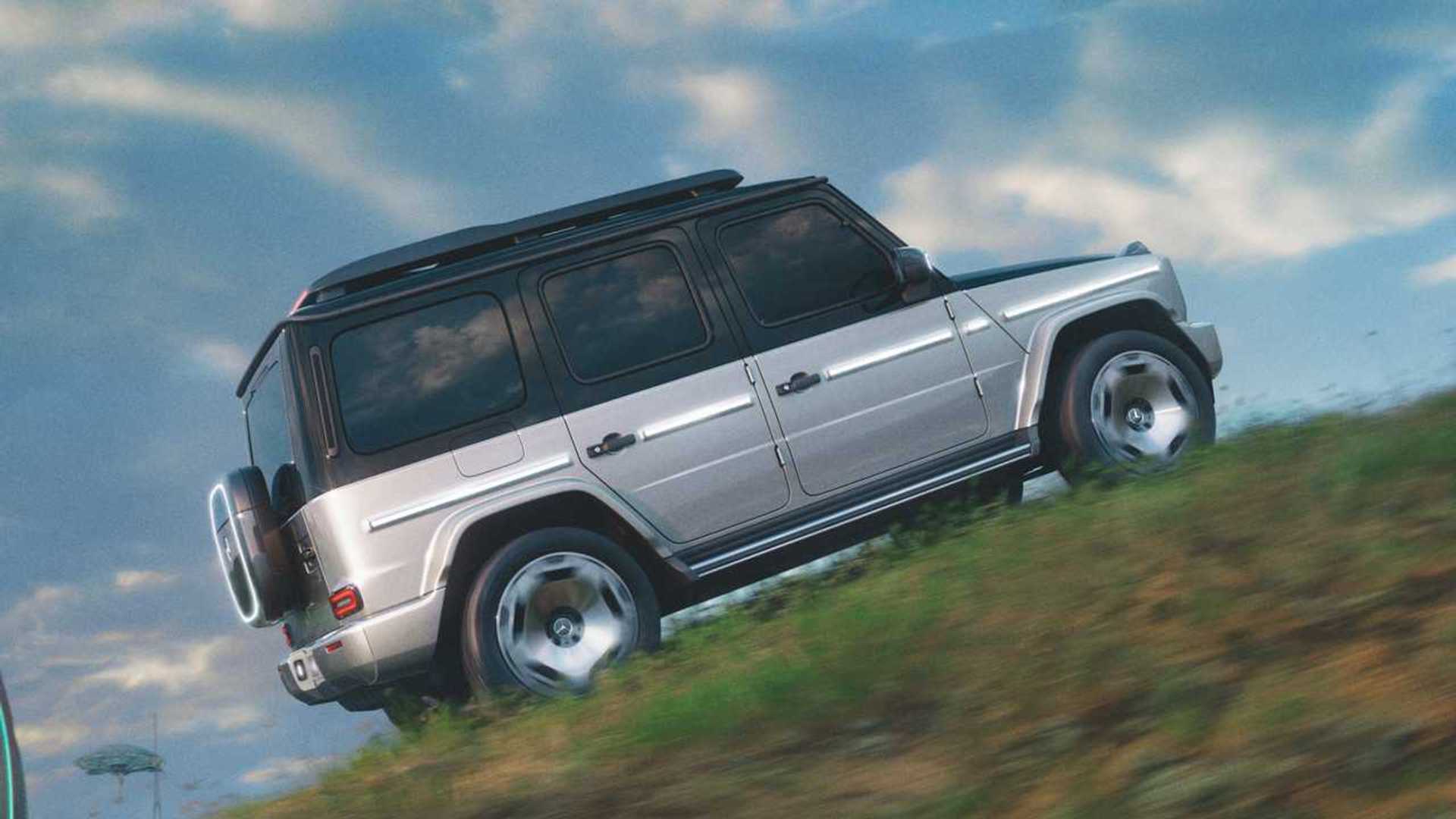 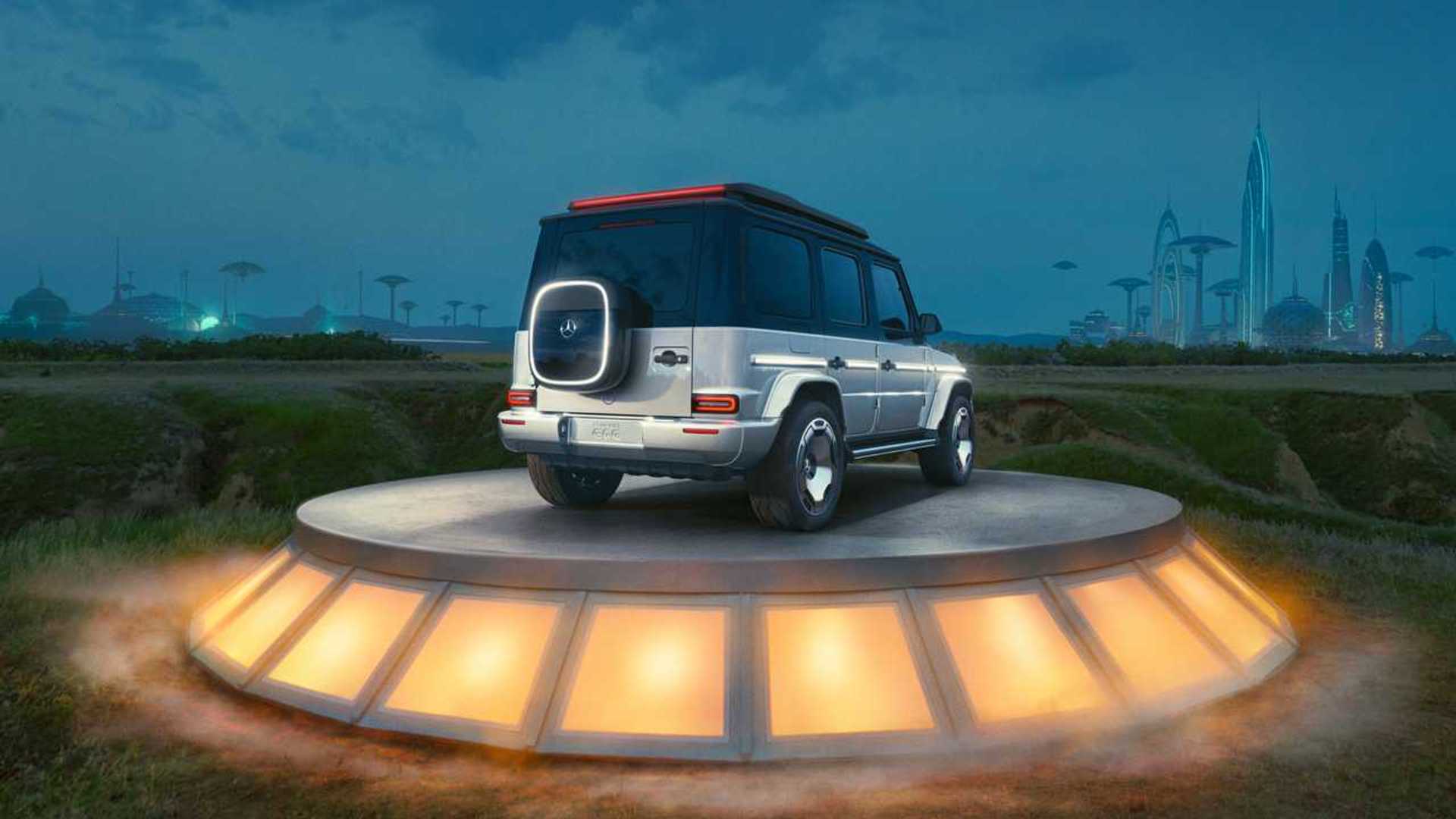 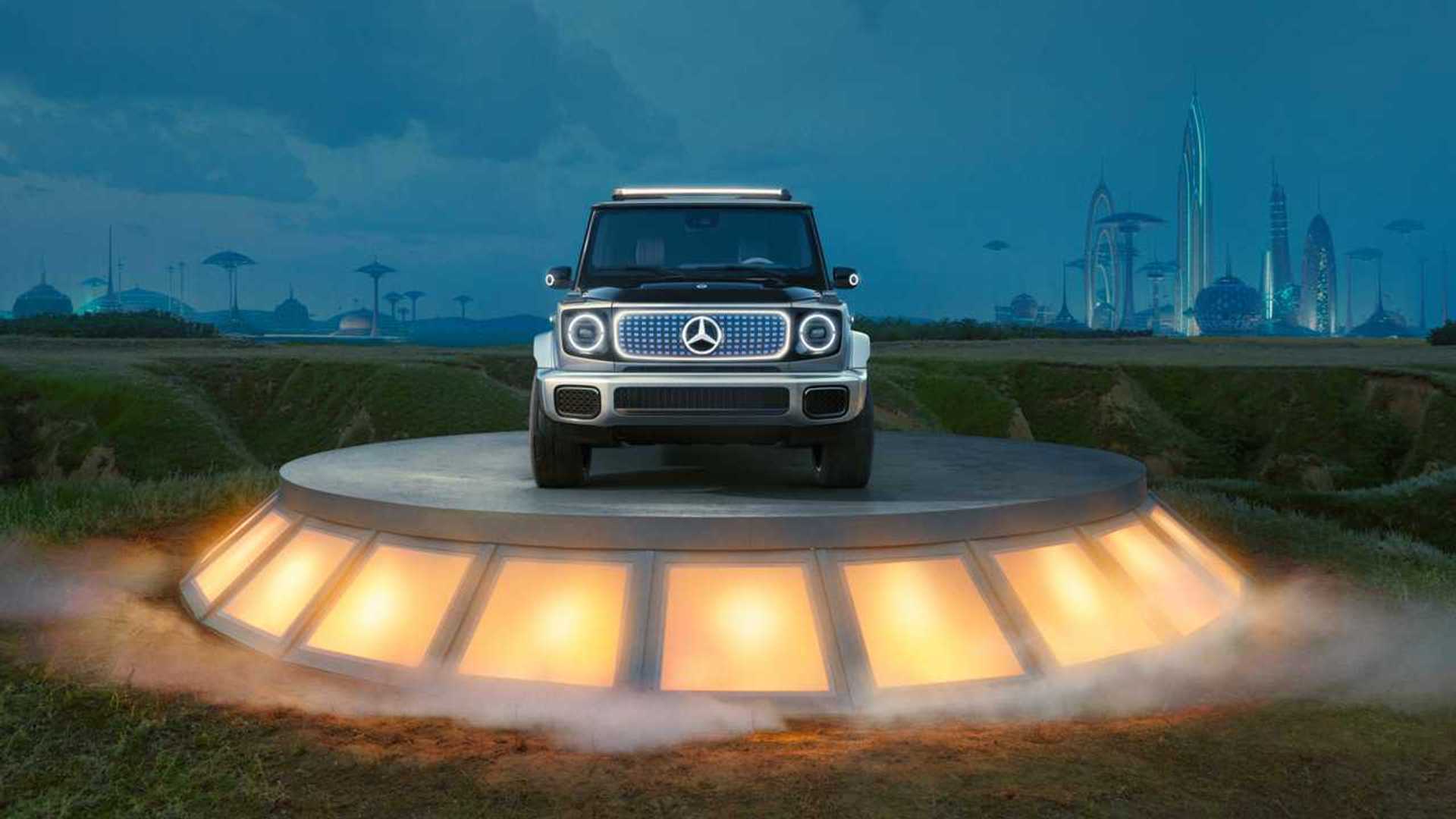 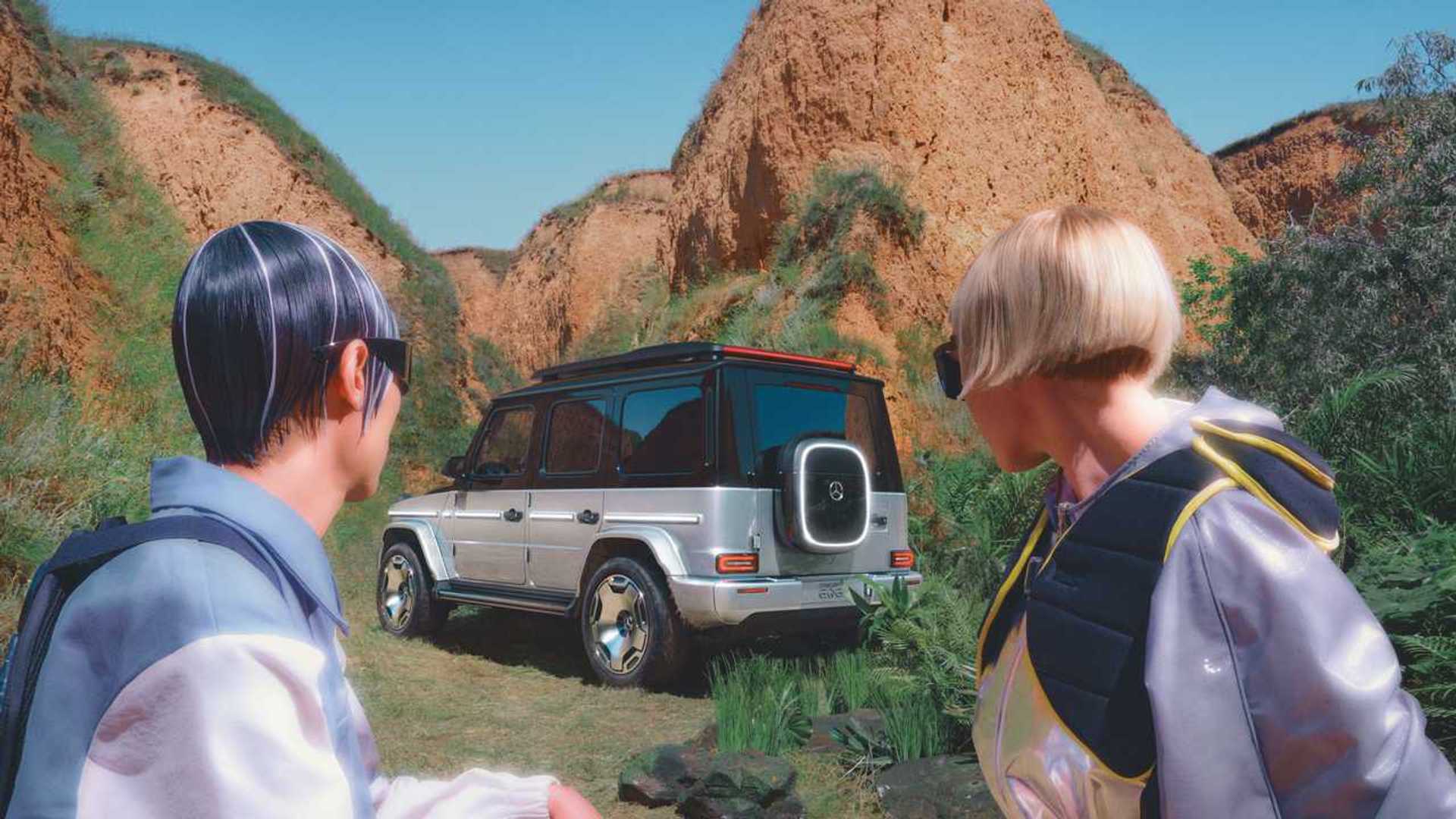 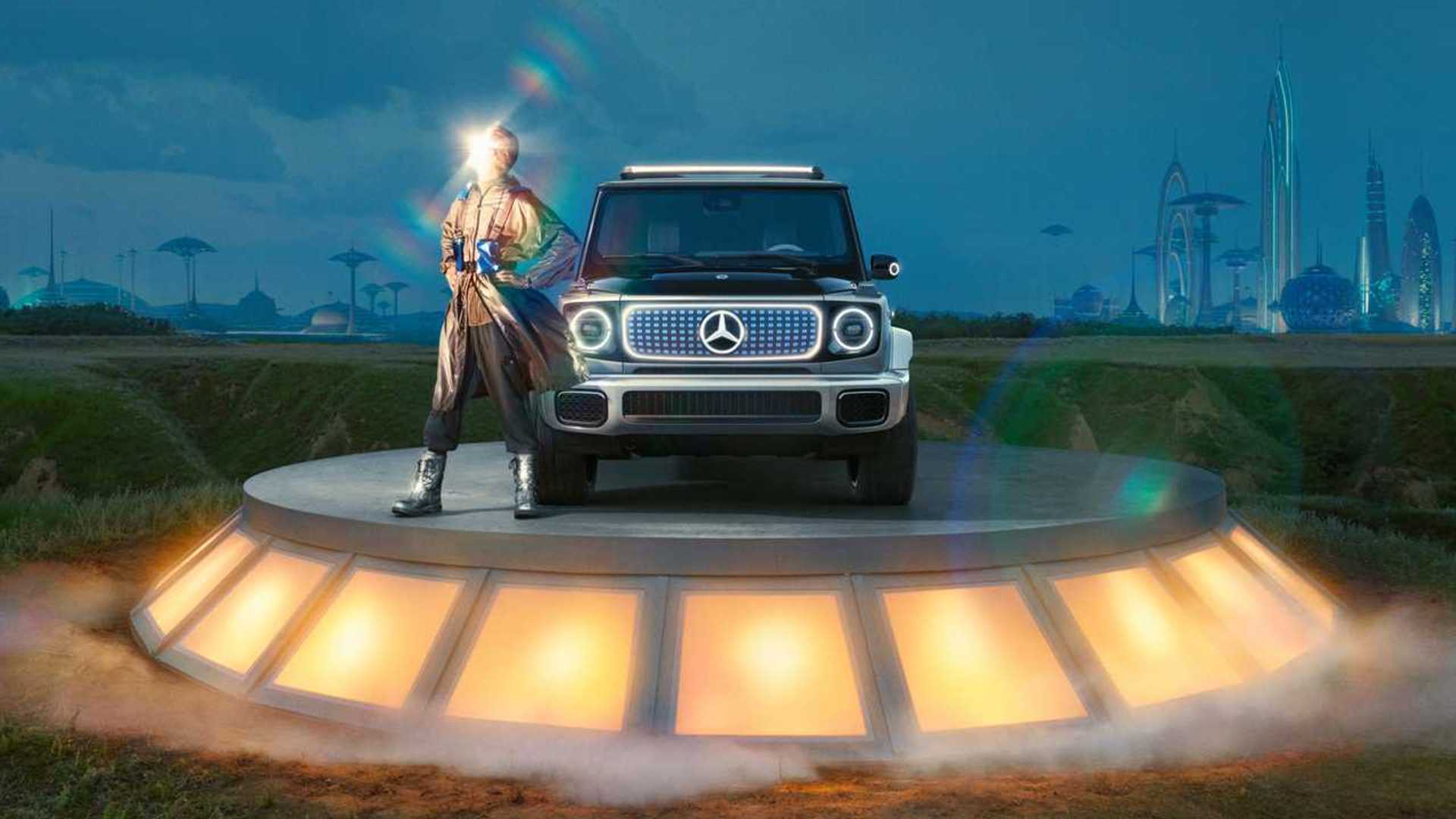 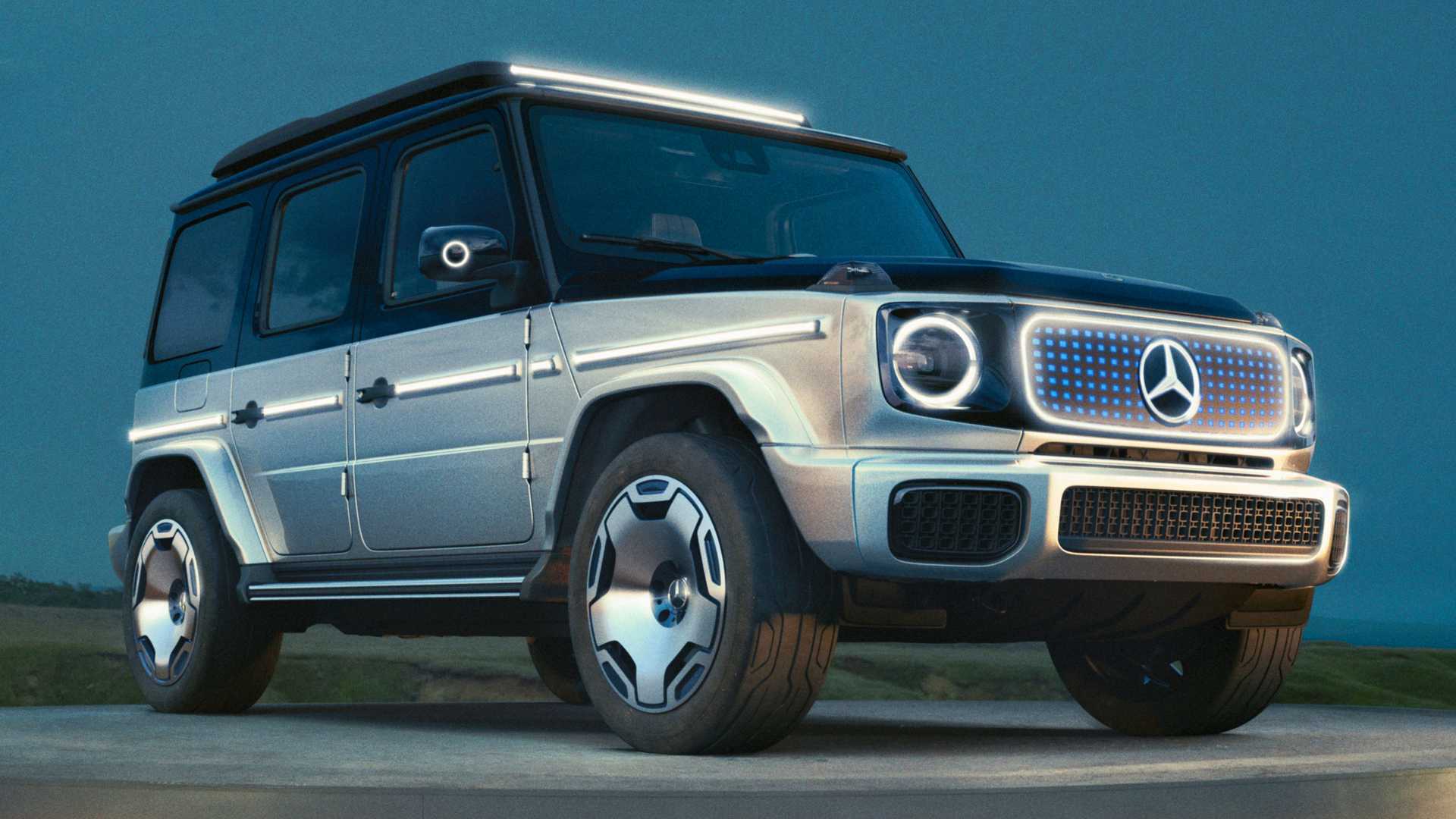