It's no secret that Jacquemus loves a muse – we've seen Bella Hadid, Kendall Jenner, Barbie Ferreira, and more get the Simon treatment– and the latest person to join his impressive squad of muses is none other than Highsnobiety cover star Bad Bunny.

The star has become one of the world's biggest artists, and for the second year in a row, the singer was crowned the most-streamed artist in the world on Spotify. Basically, it is Bad Bunny's world, and we're just living in it.

The Puerto Rican singer has also been making waves in the fashion world with his impressive arsenal of eccentric looks and has also scored an adidas collaboration in the process. Now, he's fronting his first-ever fashion campaign, and we're pretty sure it won't be his last.

In the Jacquemus campaign, Bad Bunny is sporting a handful of Jacquemus apparel ranging from a neon green suit, to a pink strappy dress. He's also captured on a bike and on rollerskates and wears bold accessories including colorful sunglasses, a cute bag, and a pair of blue sandal heels. He's turning the Jacquemus riviera aesthetic into a Miami pool party, and we're beyond excited to join in.

Over the past couple of months, Simon Porte Jacquemus has been expanding his universe beyond just fashion. He's collaborated on a pink bike with VanMoof, launched homeware and two books, kidswear, a CBD drink, and of course, his restaurant Citron. With Bad Bunny as the latest campaign star, Jacquemus is venturing into a new stage of world domination. 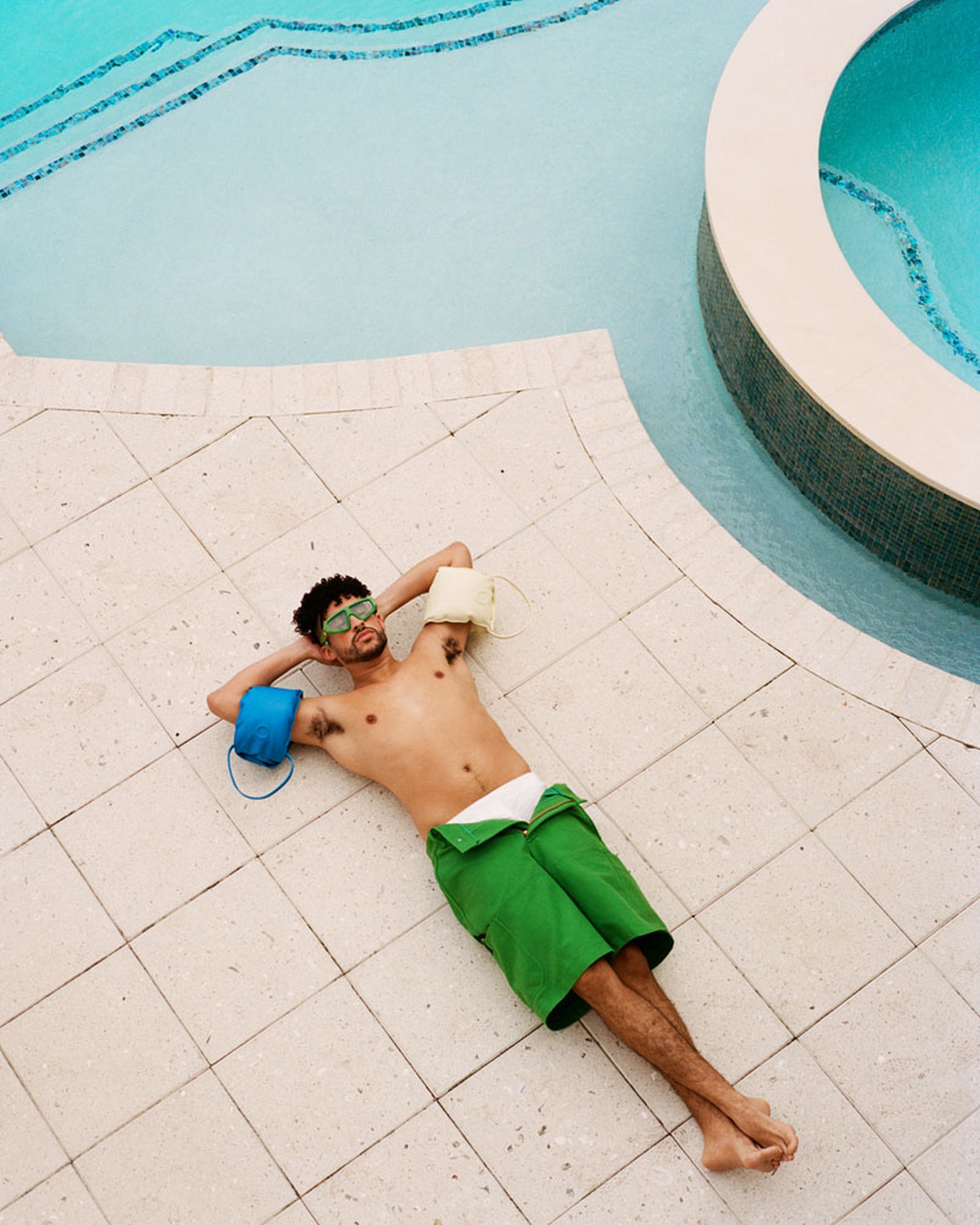 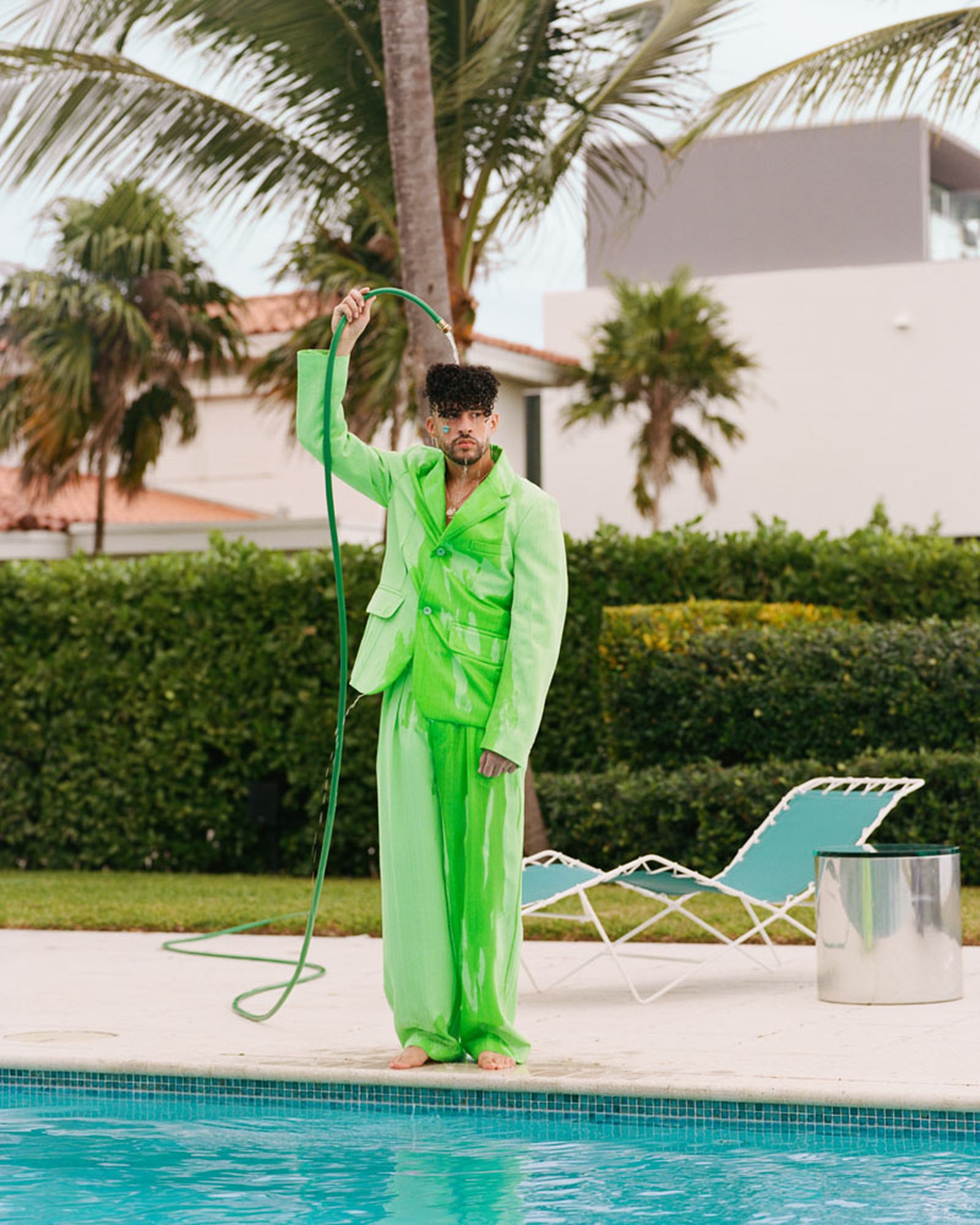 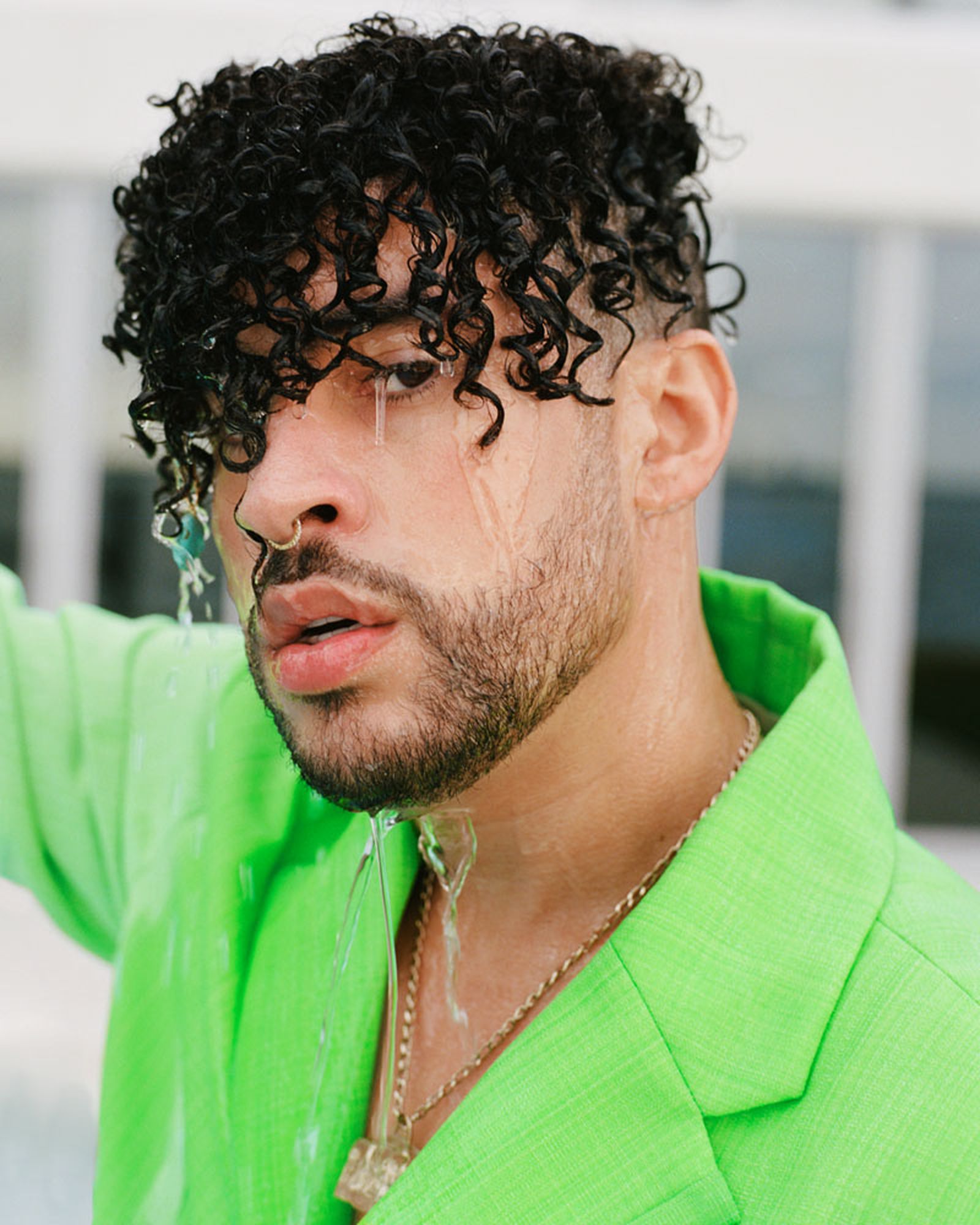 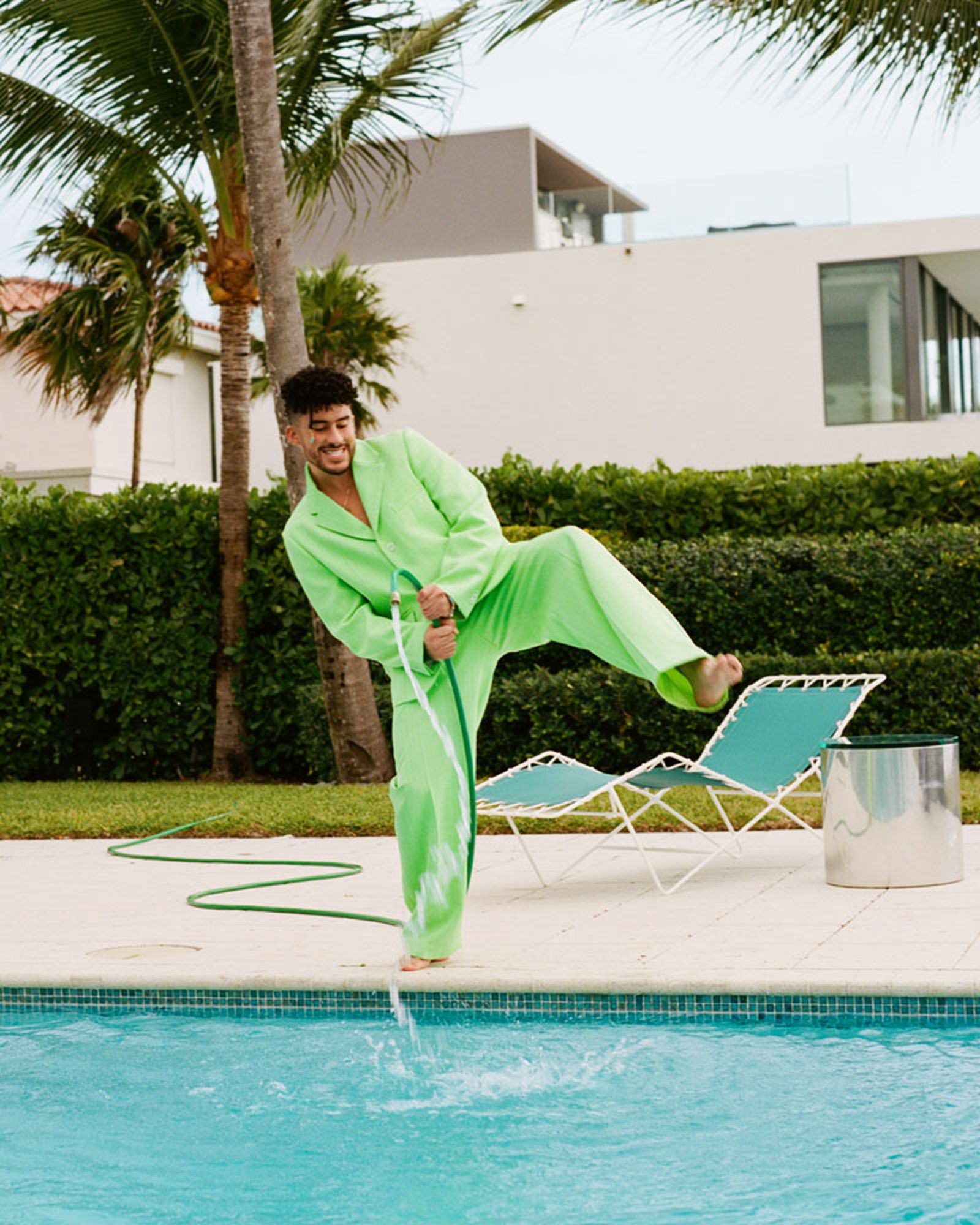 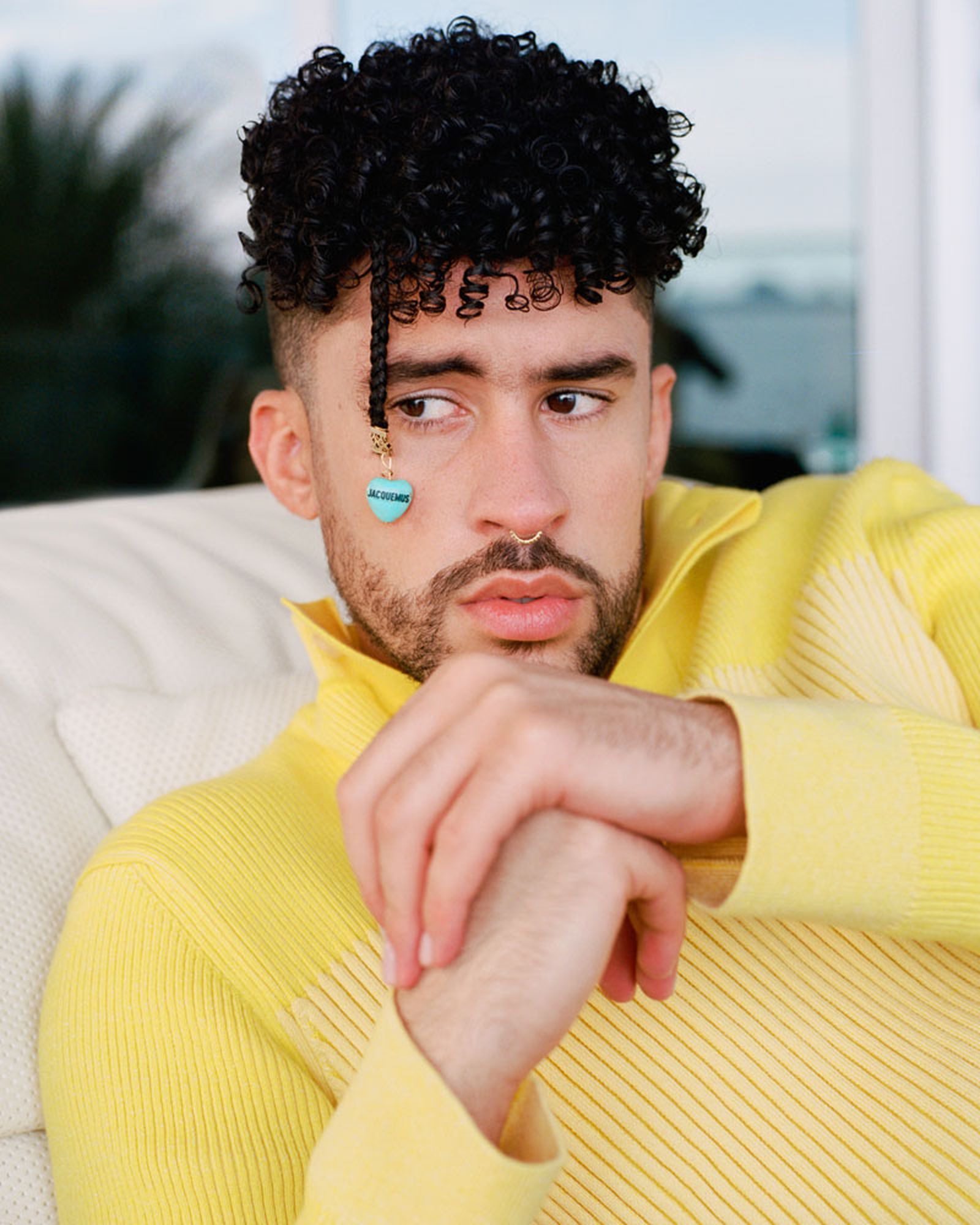 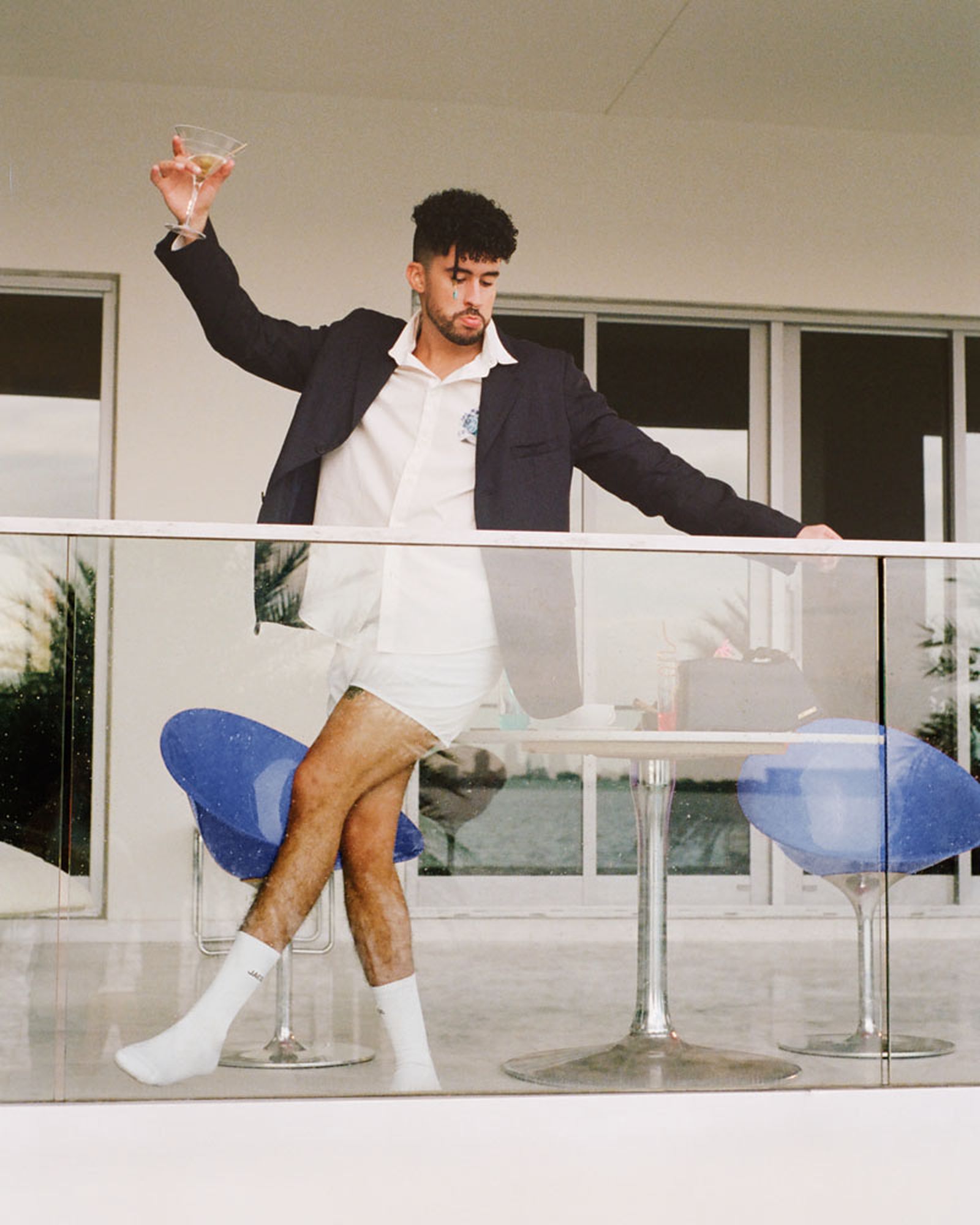