The item in question is a 196-page guide that details the technical architecture and operations of the Apple II. The manual also features a fold-out schematic of the computer’s main logic board. Jobs appears to have included a personal inscription in the guide which reads, “Julian, Your generation is the first to grow up with computers. Go change the world! Steven Jobs, 1980,” and another signature below by Apple’s angel investor and second CEO, “Mike Markkula 1980.”

At the time of the signature, it was expected that Jobs and Markkula were in the UK promoting Apple, growing it from a start-up to a global phenomenon. Julia, the recipient, was the son of an entrepreneur who had helped to negotiate exclusive distribution rights for Apple products in the UK. He was also the first managing director at Apple (UK) Ltd.

Other items in the auction included Steve Jobs’ bomber jacket which sold for $66,466 USD, a Jobs and Wozniak signed issue of Macworld #1 for $201,021 USD and Jobs NeXTSTEP software package for $220,235 USD. For more information about these items, check out RR Auction. 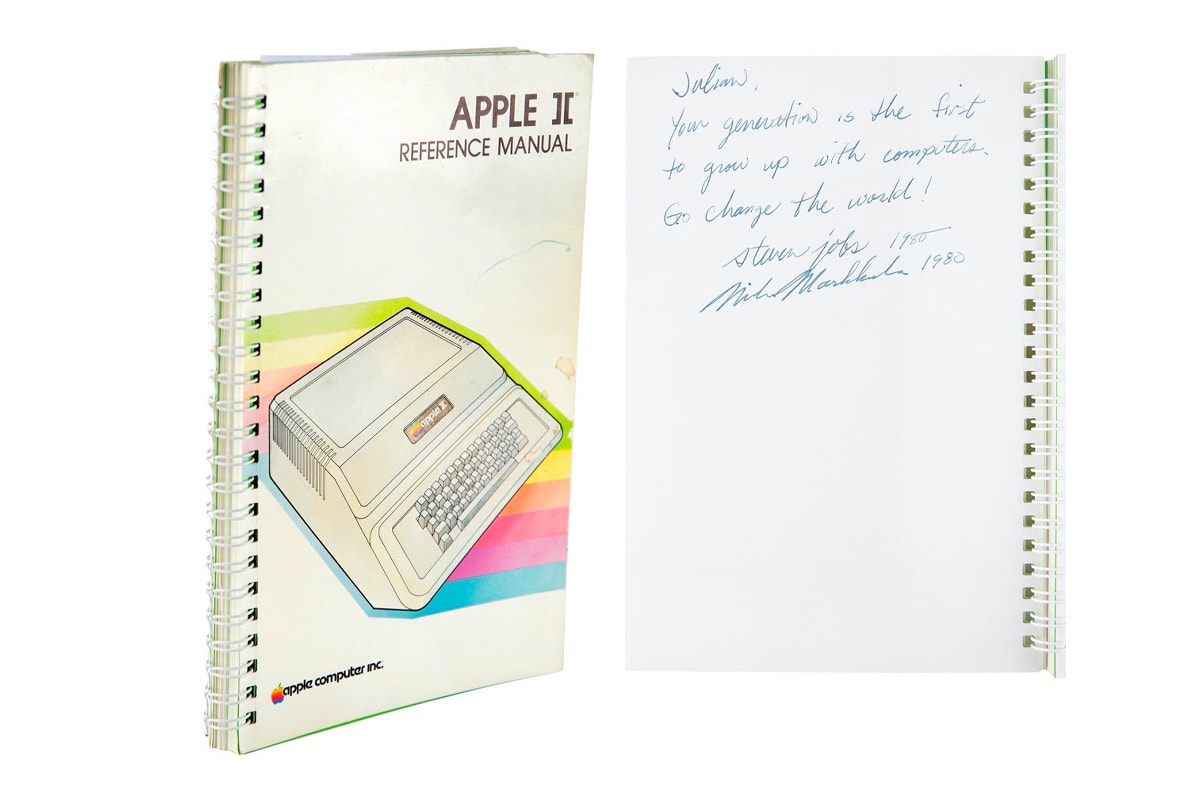