RR Auction has been auctioning off a slew of Steve Jobs memorabilia lately.

While historical Apple products have been preserved to tell the tale of how technology has advanced in the past few decades, there have been additional artifacts that have surfaced. A typed letter from Steve Jobs recently appeared on the chopping block. On a 8.5” x 11” paper, the letter has an Apple Computer Inc. letterhead that is dated back to May 11, 1983. The letter is addressed to L.N. Varon from Imperial Beach, California. The short letter sees Jobs responding to a request for an interview. He wrote, “I’m honored that you’d write, but I’m afraid I don’t sign autographs.”

It is well documented that Jobs often declines requests for autographs. However, in the correspondence, he declines the request, yet signs the letter with his distinctive lowercase signature. The cheeky response and early autograph from the Apple founder gives fans an insight to his personality. The letter itself is in good condition, with only a small stain in the lower blank area. The memorabilia sold for $478,939 USD at auction

Take a look above at the autographed letter and RR Auction for more details. 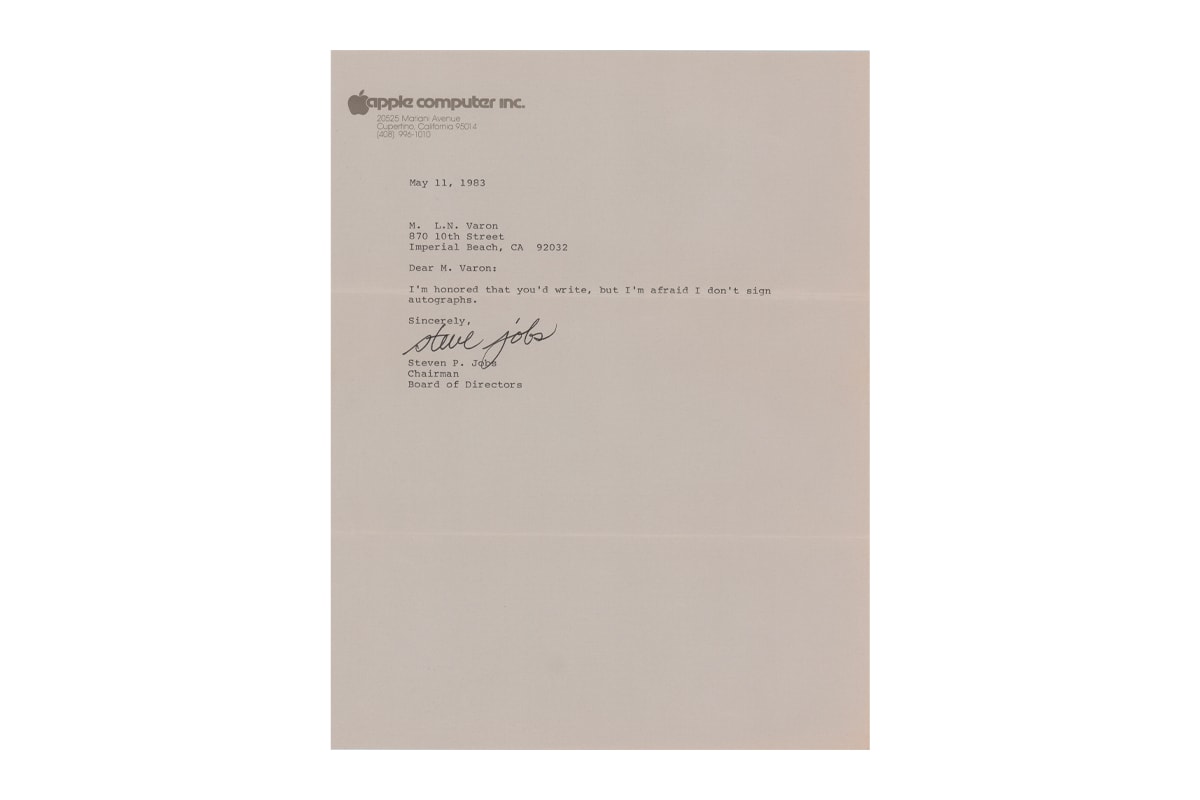