Dior Men’s is gearing up to launch a full collection of clothing and accessories with Jordan Brand.

The clothing will mesh Dior’s expert tailoring with a distinct eighties-inspired American sportswear feel. The core line-up includes a gray suit with Air Dior logo buttons; silk shorts decorated with a graphic motif featuring the “CD” initials; a new version of the Jordan Wings MA-1 bomber jacket that reprises the emblem on its back and displays the Jumpman logo on its sleeve; and a gray, handmade in Italy, suede hoodie.

There will also be smaller pieces such as socks, silk squares, a sweatband, chain pendants, a tie, a bucket hat, and various leather accouterments. Sneakerheads, meanwhile, will delight at the news that a low version of Dior x Air Jordan 1 will be introduced.

But don’t go getting too excited just yet. As per WWD, the range will be produced in limited qualities and only available at less than a dozen locations worldwide. In other words, getting your hands on it might prove a difficult task. Martin Lotti, vice president of design at Jordan Brand, confirmed to WWD that the internet-breaking Dior x Air Jordan 1 will only be produced in the “thousands.”

The project marks the first time Jordan has officially teamed up with a luxury fashion brand, although it has released shoes with big names such as COMME des GARÇONS in the past. Furthermore, the Nike sub-label will remix its iconic Wings logo for the first time as it bids to position itself in the “streetwear luxury” sector. According to Lotti — and this is interesting — we can expect to see more collaborations of a similar ilk in the future.

“The clothes are based on Michael Jordan’s off-court style. He wore suits all the time – I love that,” Kim Jones, creative director at Dior Men’s, told WWD. “I like the fact that we’re doing something that’s extremely unexpected in terms of clothing.”

The world’s of luxury and sportswear are more closely aligned than ever before. Revisit the biggest trends that dominated the last decade. 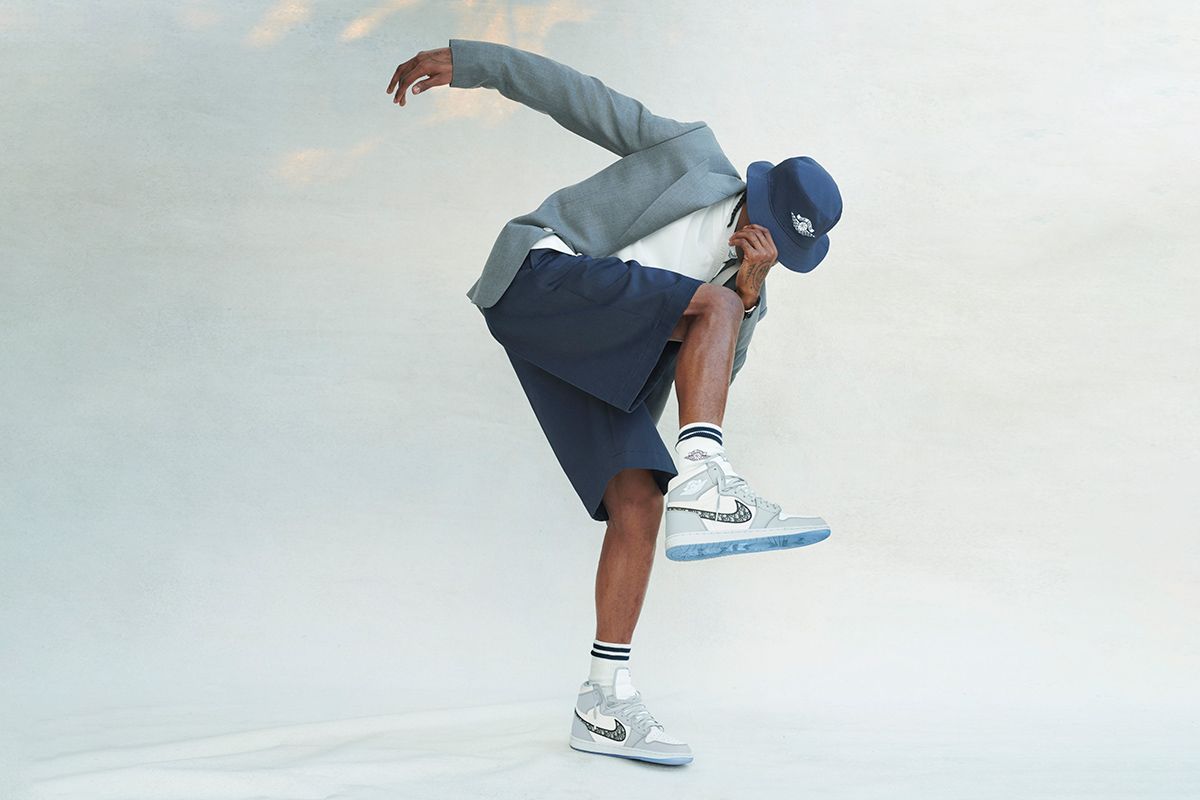